The annual event is known to bring hundreds of thousands of people to Downtown Austin each year. 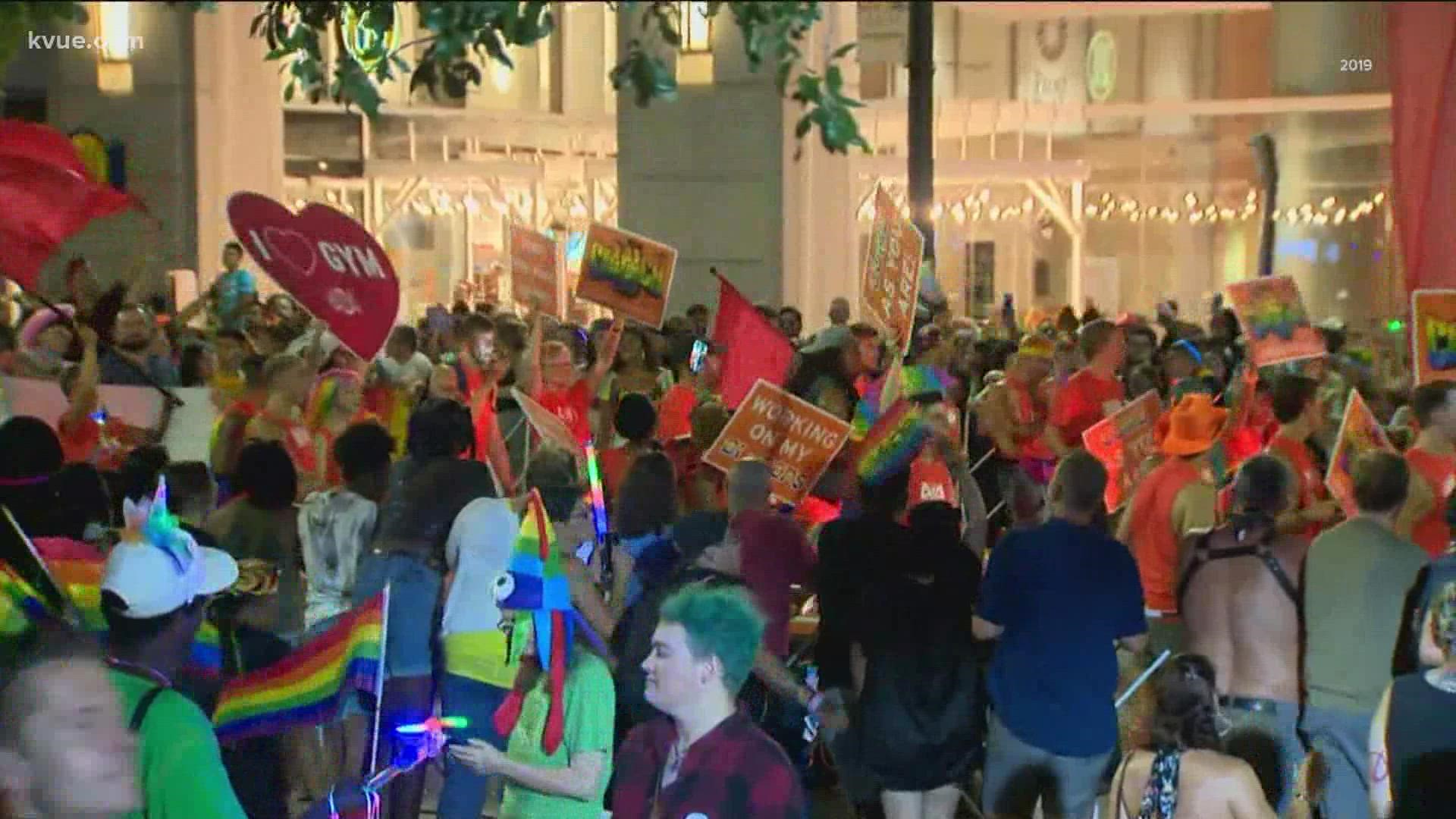 AUSTIN, Texas — On Wednesday, Austin Pride announced it would be pulling the plug on this weekend's parade. The parade and festivities on Fourth Street, scheduled for Saturday, Aug. 14, will be postponed until further notice.

"It is with an unimaginably heavy heart that we have to announce our parade and street party, scheduled for this Saturday, are postponed for an indeterminate time,” Austin Pride said in a press release.

Pride said that in order to survive, it will be working toward a path forward with sponsors, participants, partners and community stakeholders.

“Pride organizations across the nation are suffering the same heavy blows. But we are determined to stand strong. You are too important … Pride is too important to allow ourselves to be defeated. If we come together as a community, we can find a way to thrive,” said Austin Pride President Micah Andress.

The decision comes [just two days after] Austin City Limits Radio announced it would be postponing its two remaining Blues On The Green concerts this week at Zilker Park. Back-to-back events were scheduled for Tuesday and Wednesday. The station said this decision was its own.

After ACL Radio's announcement, a spokesperson for Austin Pride told KVUE that it had not been contacted by the City of Austin and the parade was still on. The next day, that changed, as event organizers said they were contacted by City officials on Tuesday morning.

Pride said despite the City's call, it had met all of its permit and event requirements. Pride was also strongly encouraging the use of face masks for all event-goers.

This year, Austin Pride was not planning to hold a festival at Fiesta Gardens like in years past. Instead, a block party was planned on Fourth Street after the parade.

Austin is currently in Stage 5 of its COVID-19 risk-based guidelines as hospitalizations remain high and ICU capacity is strained. As of Tuesday evening, at least 569 people in the metropolitan statistical area were hospitalized, 188 were in the ICU and 128 were on ventilators. The 7-day moving average of new admissions was 83 and the 7-day moving average for new cases was 380.

Austin Pride is one of the city's biggest annual events, bringing hundreds of thousands of people to Downtown Austin. It was also canceled in 2020 due to the pandemic.

The city's next huge event, the Austin City Limits Music Festival, is currently scheduled to take place in early October. Festival organizers have not responded to KVUE's request for comment on these recent cancelations. However, one major headliner, Stevie Nicks, has already dropped out due to safety concerns.

Austin ISD to require masks for all students, staff and visitors

Social Security could get its biggest raise since the 1980s