According to an attorney, the shooter was working as a rideshare driver that night. 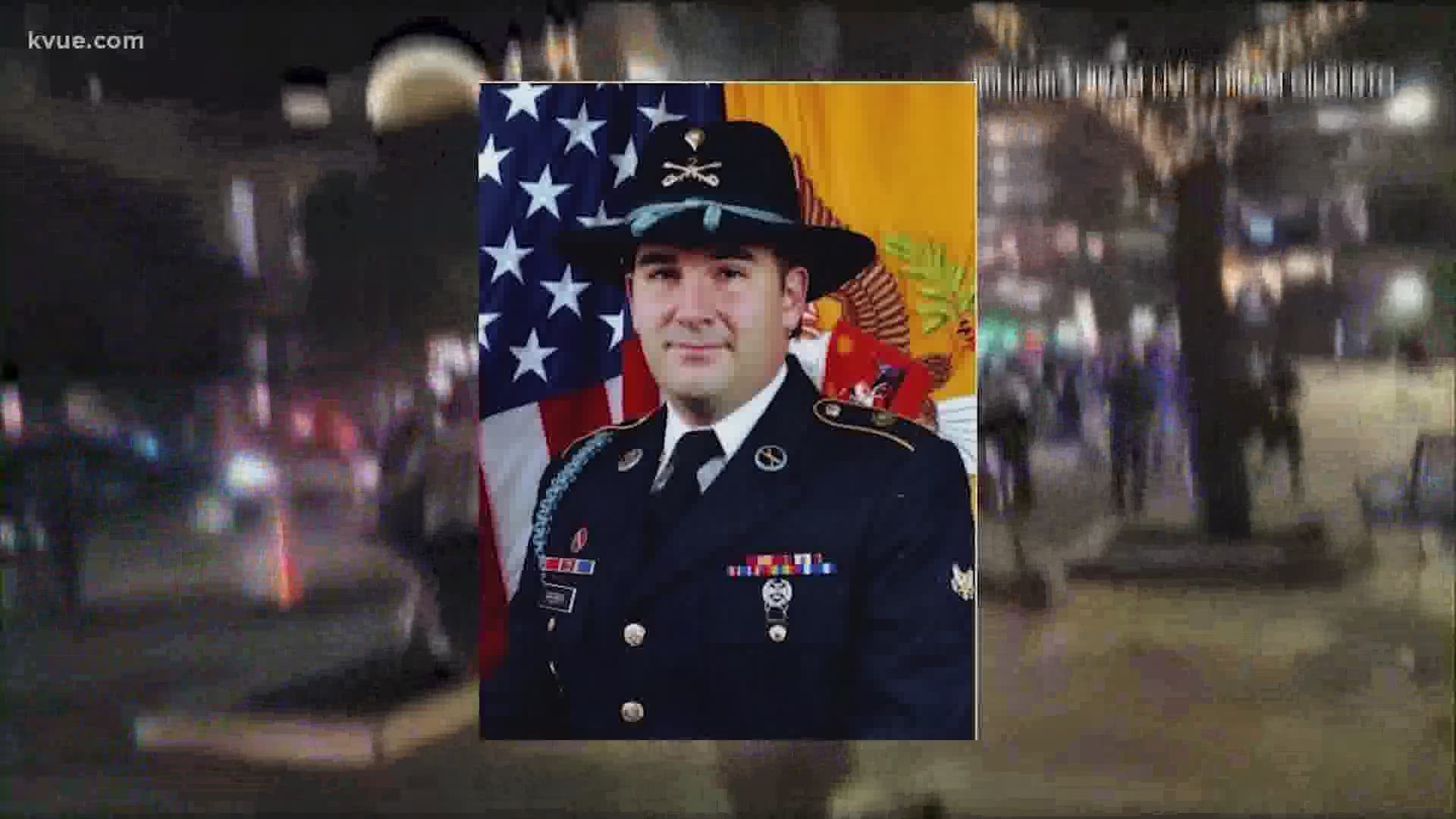 AUSTIN, Texas — A lawyer who said he is representing the man who shot Austin protester Garrett Foster July 25 claims the shooter was acting in self-defense.

Lawyer Clint Broden of the Dallas law firm Broden & Mickelsen identified the shooter as Daniel Perry, an active-duty U.S. Army sergeant who was working as a rideshare driver at the time of the deadly shooting.

According to Broden, Perry dropped off a rideshare customer near Congress Avenue before turning onto Congress Avenue near Fourth Street. Perry, who said he did not know protests were happening that night, found himself surrounded by a group of protesters. Several of the protesters allegedly beat on Perry's car.

Perry claims that Foster approached his car and motioned for him to roll down his window. Initially, Perry said he thought Foster was a member of law enforcement.

"Sergeant Perry thought he might be law enforcement, given that he was carrying an assault rifle. And even though this is Texas, you don't expect to see people in the middle of street with assault rifles," Broden told KVUE in an interview on Friday night.

Perry said at some point, Foster raised his weapon at him, prompting him to shoot Foster.

"Somebody sees an assault rifle being raised at them, they're not going to wait until the assault rifle gets 90 degrees to see what the person's going to shoot. If they're in a position to defend themselves, they're going to do it," Broden said.

The day after the shooting, Austin Police Chief Brian Manley told the media that the shooter called 911 to report that someone had pointed a gun at his vehicle and that he fired at the person pointing the gun. Manley said the suspect was detained, questioned and later released "pending further investigation."

Broden said Perry called 911 because "that's what a good citizen does."

According to Lt. Col. Chris Brautigam with the First Cavalry Division, Perry has been stationed at Fort Hood for about the past two years.

"Sergeant Perry goes to work every day, is going to work the last eight years to defend our Constitution. And part of that Constitution is the First Amendment, which allows the right for peaceful protests," Broden said.

According to court records, Perry was charged with misdemeanor assault in Dallas County in 2005.

"Those tweets had nothing to do with peaceful protests. So I think people are taking them out of context. As far as the Twitter being deactivated, I will tell you that it is sort of what we are taught as defense lawyers," Broden said.

Friends of Foster said he was a constant fixture at Austin's protests, often seen pushing his fiancee, Whitney Mitchell, in a wheelchair.

Broden said Perry is devastated by what happened but he thought his life was in danger.

"We have no doubt this was action in self-defense and no doubt the police will ultimately conclude that," Broden said.

Chief Manley said a second person, who is believed to have been standing in the crowd, may have opened fire on the car as it drove away. That person was also released.

Austin police have not charged anyone in Foster's death. Officers have asked witnesses to send them photos and videos of what happened as they investigate.

$95K worth of stolen property found in Kyle storage unit

'This is real' | Couple hospitalized for COVID-19 now warning others