Baylor Scott and White Health ranks in the top 10 of Military Friendly Employers in the U.S. 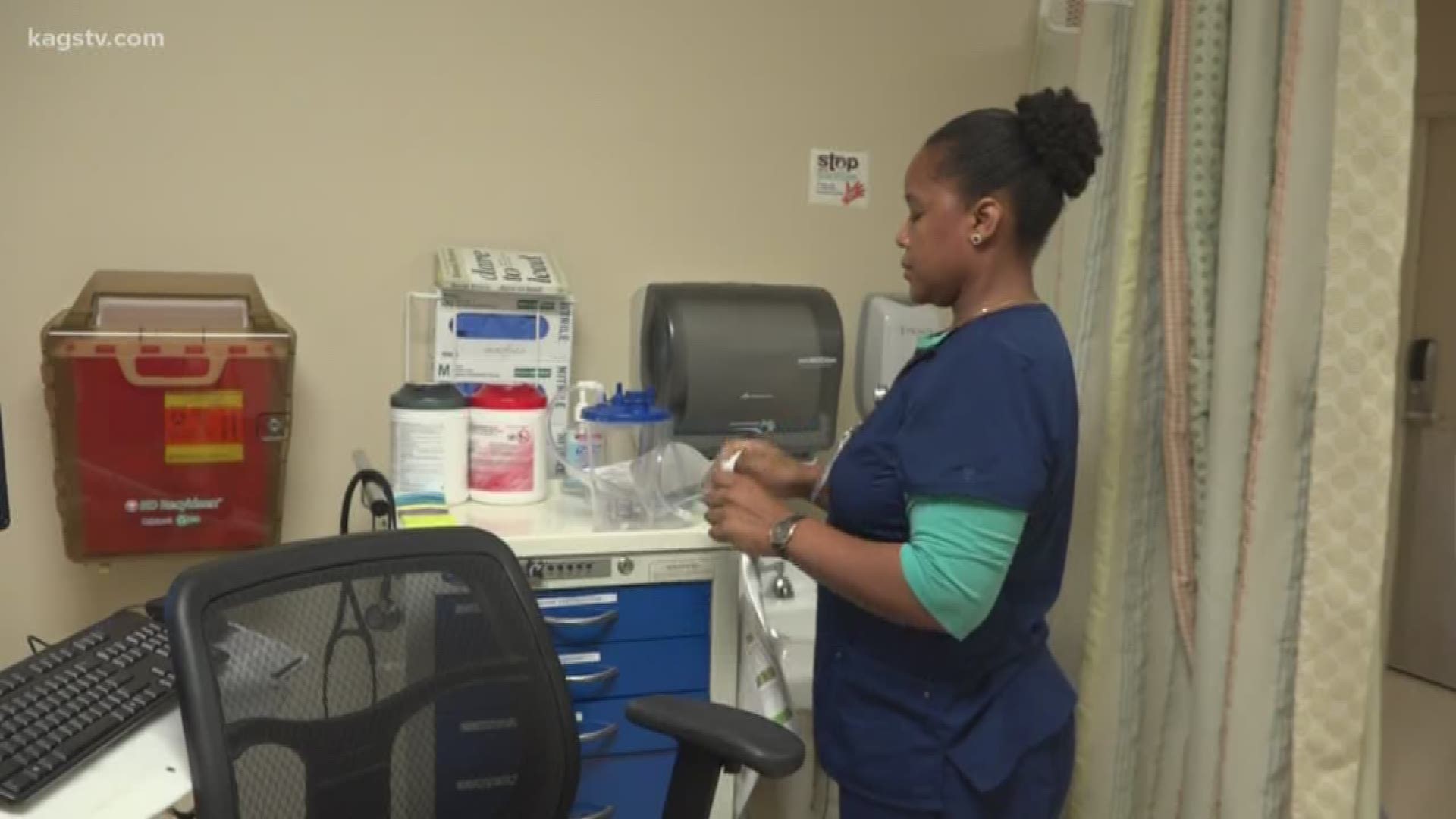 COLLEGE STATION, Texas — Celestine Bouie is like most registered nurses, she got into the medical field to help people.

"For me its just making sure they're safe and knowing that when they wake up I am providing a calm environment for them," said Bouie.

However, being a nurse was not always the path she planned on.

"I always wanted to do something in the medical field but I wasn't sure it was nursing, hence being a combat medic and EMT in the military," Bouie said.

Bouie joined the U.S. Army right out of high school. She spent the next three years of her life training and travelling the world with the military.

Bouie discharged herself when she decided it was time to go back to school.

"Military did help lay the best foundation for me to transfer into nursing."

Bouie started with Baylor Scott and White Medical in temple in 1995. She moved and started working in the College Station location in 1999.

Baylor Scott and White Health ranks in the top 10 of Military Friendly Employers in the U.S. The hospital group came in at #7 on VIQTORY's 2020 list in the category of government/non-profit organizations.

Bouie said that as a veteran, Baylor Scott and White Health goes above and beyond supporting former military men and women.

"Every year around veterans day, they do recognize their veterans and I even think they have programs within the system for veterans if the need assistance," Bouie said.

Baylor Scott and White Health have facilities near Fort Hood and other military locations.

"That transition made it a lot easier coming in because they work with military families and military hospitals even," Bouie said.

Bouie believes having support for military folks transitioning to civilian life is crucial.

KAGS Special Report: The Path to Citizenship Part I