The local chapter of Black Lives Matter said spreading awareness about George Floyd's case and so many others will be going on forever. 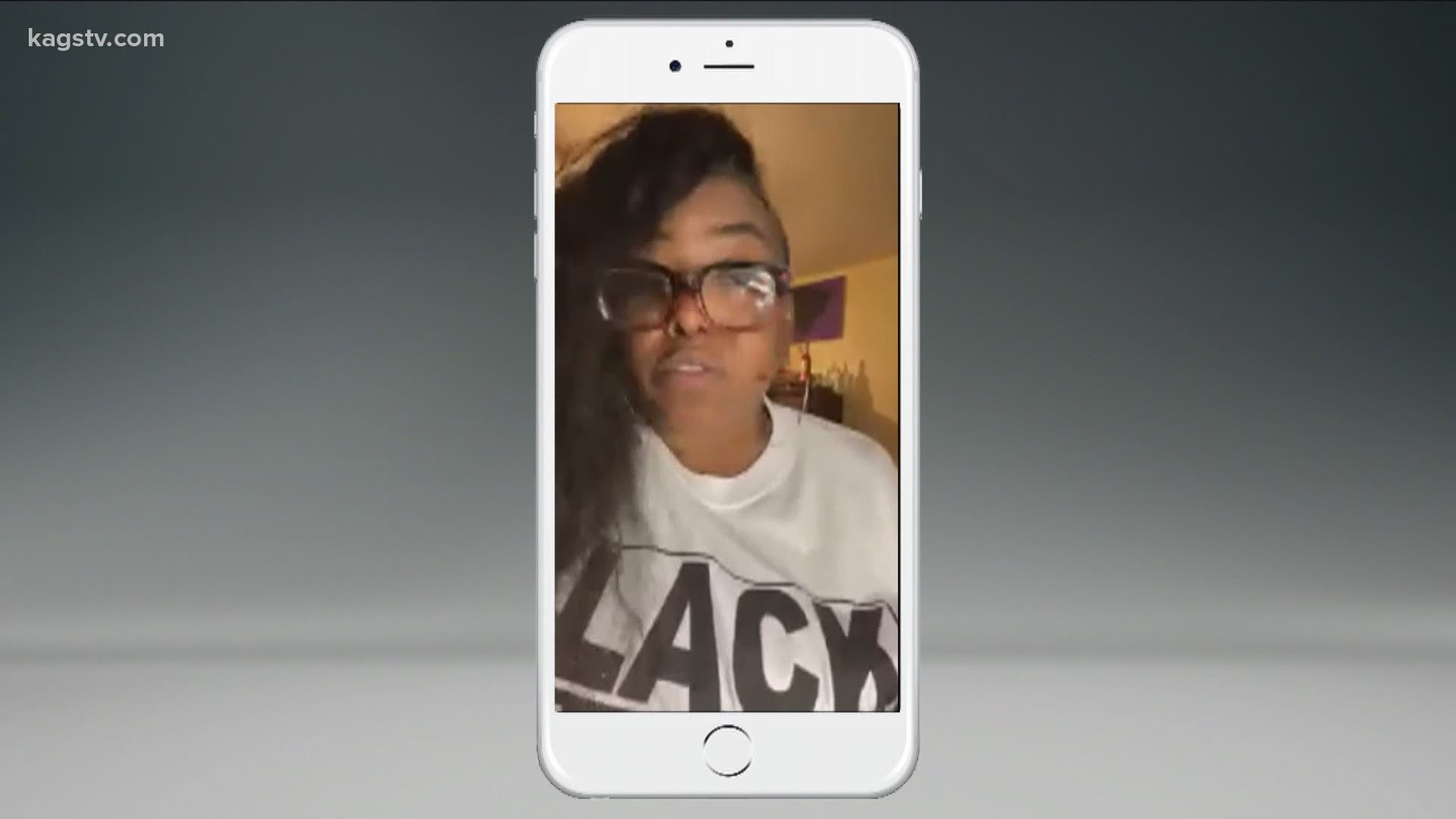 BRAZOS COUNTY, Texas — Former Minneapolis police officer Derek Chauvin was found guilty of murder and manslaughter in the May 25, 2020 killing of George Floyd. It took the jury less than 12 hours to deliberate before they reached that decision and he was led away in handcuffs after the verdict was read.

The world witnessed the arrest and death after a bystander, later identified as Darnella Frazier, shot it on her cell phone. Frazier, who was just 17 at the time, later received PEN America's PEN/Benenson Courage Award. After the verdict was read, Frazier took to her social media. "No amount of charges will bring back a loved one. Justice was served and his murderer will pay the price. We did it."

Chauvin killed Floyd after kneeling on his neck for nine minutes and 29 seconds. Chauvin's defense team tried to convince the jury Floyd died due to an enlarged heart and years of drug abuse. Prosecutor Jerry Blackwell, in his closing argument of the trial, refocused the jury's attention. “You are told, for example, that Mr. Floyd died, that Mr. Floyd died because his heart was too big," Blackwell said. "You know the truth, and the truth of the matter is that the reason George Floyd is dead is because Mr. Chauvin's heart was too small."

Ebony Peterson, who is co-founder of Black Lives Matter BCS, said when it came to the verdict, she was actually surprised. Black Lives Matter BCS organized several protests in the Bryan-College Station area after Floyd's murder. They lined the street along South Texas Avenue in downtown Bryan several times to keep Floyd's name and names of so many others killed by police in people's minds.

Peterson said justice has so rarely come in these cases. Chauvin's conviction is the first time a white officer was found guilty in the killing of a Black man in Minnesota. He is facing up to 75 years in prison, if he gets the maximum for each of the three counts.

While many people have taken to social media to express that justice in George Floyd's case has been served, Peterson agrees, but only to a point. "The sentencing is where we'll receive the justice, but it's not true justice," Peterson said, "because George Floyd is not here among his family and his friends."

George Floyd's family won a record civil settlement from the city of Minneapolis during the trial. They received $27 million dollars, making it the largest pretrial settlement in a civil rights wrongful death case in U.S. history, according to Floyd family attorney Ben Crump. The family has donated $500,000 of that settlement to the community at the intersection where Floyd was killed.

Crump also said while the settlement will impact the Floyd family, it's the policy changes that stemmed from Floyd's death that will affect the rest of the world. Peterson said there is still unfinished work when it comes to fighting for change and there is a long way to go.

Bryan Police Chief Eric Buske tweeted after the verdict. He supports the decision made by the Minneapolis jury and said the justice system acted the way it was supposed to in the Chauvin murder trial.

The Jury got it right in Minneapolis. The judicial system worked like it is supposed to. Mr. Chauvin will be held accountable for his actions and the decision shows that no one is above the law.