Officer Chris Luttrell uses a yo-yo and a harmonica to start meaningful dialogues with Blinn students. Students we asked say the strategy works. 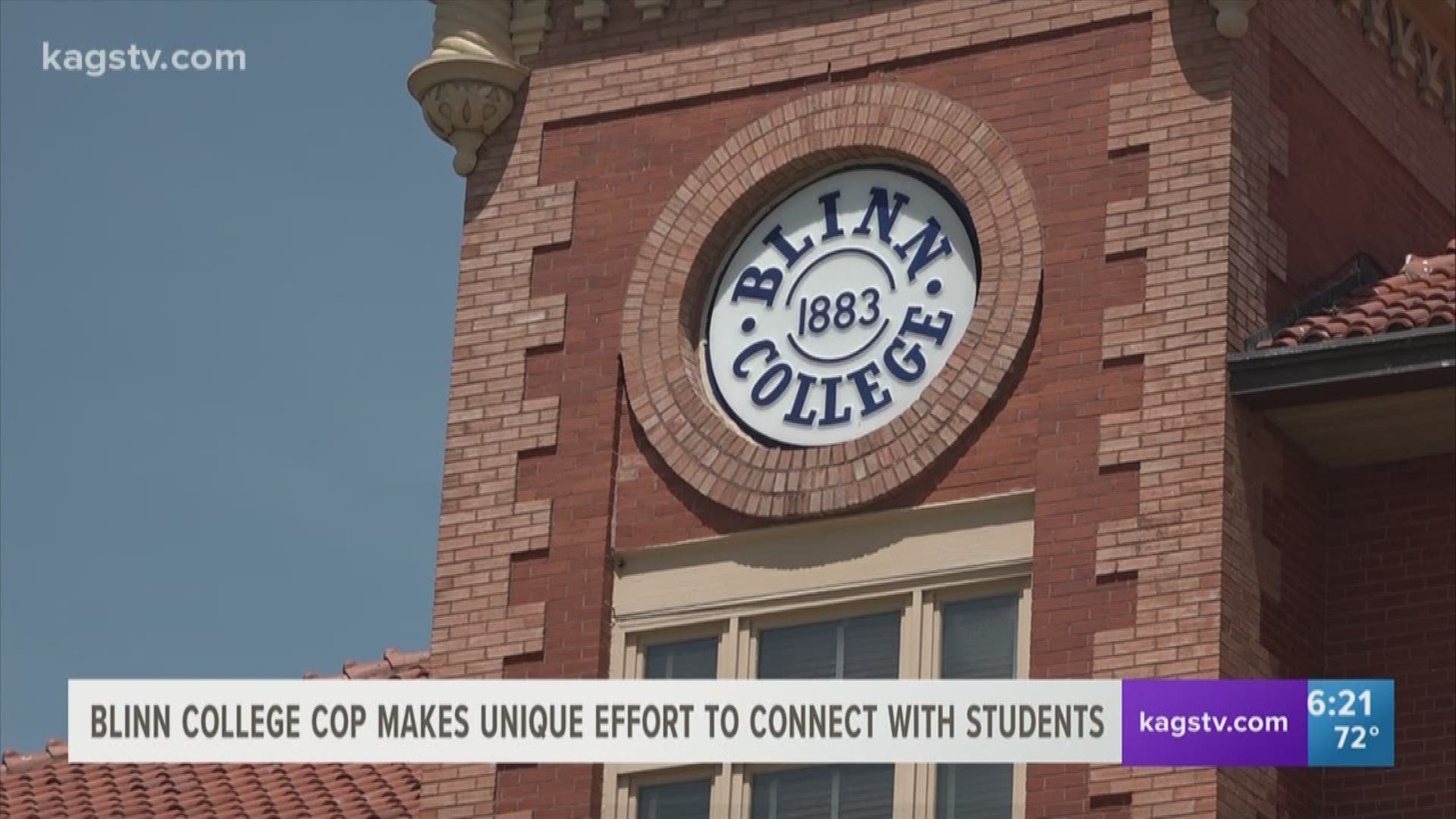 BRENHAM, Texas -- Blinn College Police Officer Chris Luttrell is, among other job titles, in charge of crime prevention on Blinn’s Brenham campus. In that role, he’s tasked with connecting with students, working to improve their rapport with police and build trust. And, he has a very unique tactic to do that.

Each day, Officer Luttrell suits up like any other Blinn College police officer. But, he carries two extra tools: a harmonica and a yo-yo.

Luttrell uses the yo-yo to begin meaningful conversations with students. On his patrol routes, its not uncommon to hear him kindly shout to random students, “Do you know how to yo-yo?”

“[They] help break a mentality and a mindset,” said Luttrell. “To see somebody doing something that’s out of the ordinary, especially a cop with a yo-yo, it just breaks that mentality for a second and then I get to talk to them.”

After breaking the ice with his yo-yo, Officer Luttrell will ask students about their grades, their families, or anything else it takes to start a dialogue.

“A simple toy that’s hundreds of years old can still connect with someone,” said Luttrell. “It allows me to open the door to a question of ‘How’s your grades?’, ‘How’s life going?’ That way they see that I care. And, I really do.”

Luttrell’s harmonica is used a little more sparingly. He pulls it out to entertain students and to break the ice in certain situations. The harmonica is an homage to the Blues Brothers, Luttrell’s favorite movie. He started carrying it when he was working as a corrections officer.

As for the yo-yo, Luttrell says he’s carried one from an early age.

“This right here has lead into conversations about race,” Luttrell says pointing to his yo-yo. He claims the toy helps students, many of whom may not typically be comfortable with police, open up and trust him.

“I think he’s trying to understand more than just himself,” said Azmara Franklin, a Freshman at Blinn. She said Luttrell’s use of the yo-yo, the harmonica, and his overall personality make students feel safer.

But, despite his popularity on campus, Luttrell isn’t looking for recognition.

“I don’t do it for the recognition,” he said. “I almost didn’t accept your offer to come do this.”