The scooters are part of a six month pilot program. 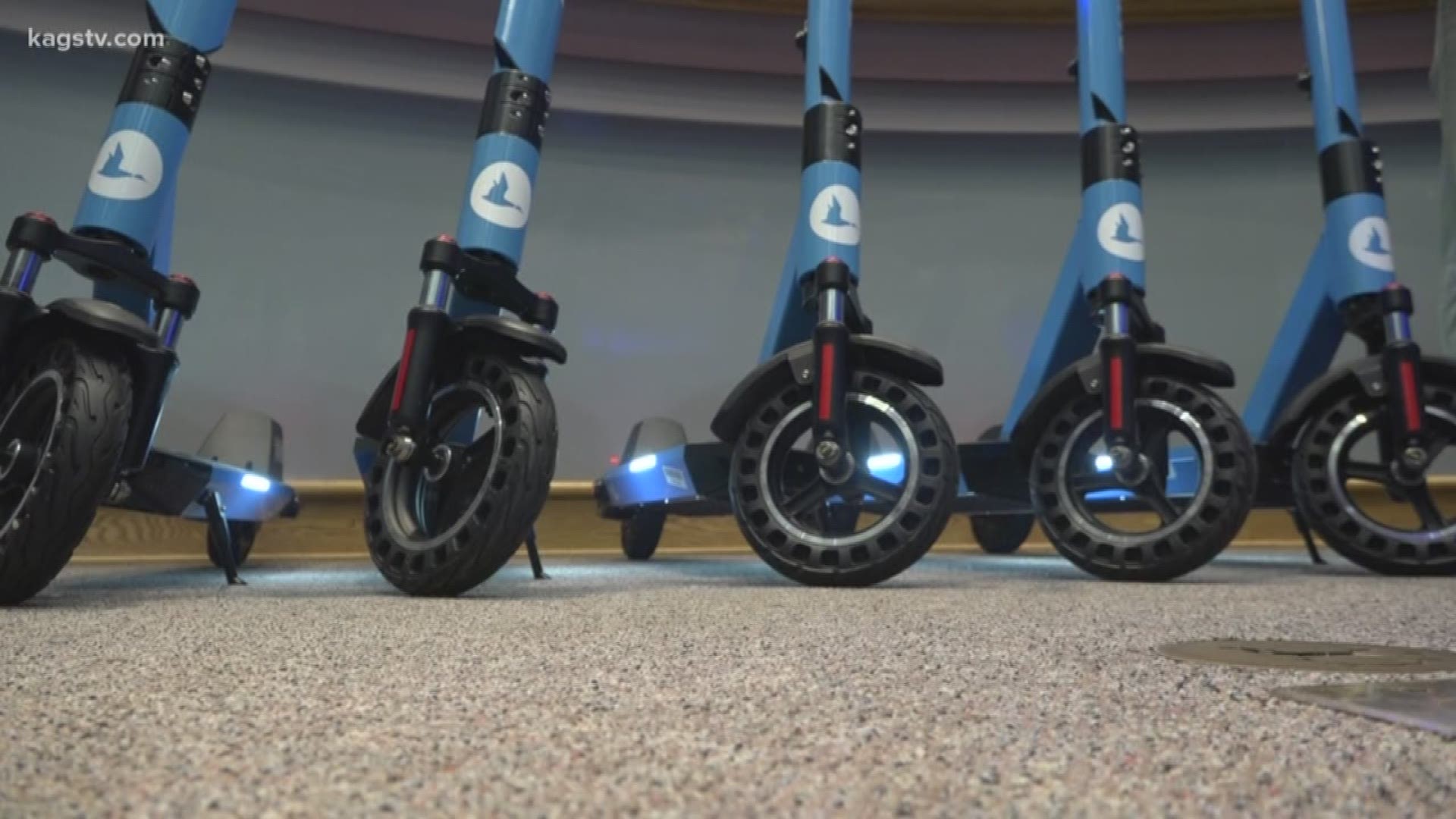 BRYAN, Texas — Bryan is joining the scooter family as one hundred new Blue Duck scooters are going to be disseminated around downtown Bryan at 7 a.m. on Friday morning.

These Blue Duck scooters are here to stay for the next six months as part of a pilot program the City of Bryan and Blue Duck have decided on.

"We have taken our time to make sure we do this right. We feel confident in Blue Duck's ability to deliver. They're hiring local people, they're based in Texas, they have spent dollars in where they deploy to make sure they do it right, responsiveness to needs, so those are things we noticed abuut Blue Duck that we didn't realize with other companies we talked to," said Bryan Deputy City Manager Joey Dunn.

The Texas-based company that started one year ago wants to tackle traffic in Bryan.

"What we're trying to do is have a more accessible method of transportation to help with traffic, help with congestion, and help with affordability," said Blue Duck Scooter's Government Partnership Manager Alec Martinez.

The start-up said it wants to target mid-sized cities.

“We think there’s a certain magic, there’s something very special about cities like Bryan, cities in the valleys, cities along the border, where there’s still a sense of community and we can really talk to members of the community and be in relationship with them,” said Martinez.

The scooters are a dollar to unlock and cost 0.25 cents every minute after. Local Bryan residents will be hired to pick up the scooters each night to charge them and put them back out in the mornings.