A “Disaster” declaration can sound scary, but the county says there’s no reason to panic, it’s just there to get money to fix the roof before the next storm. 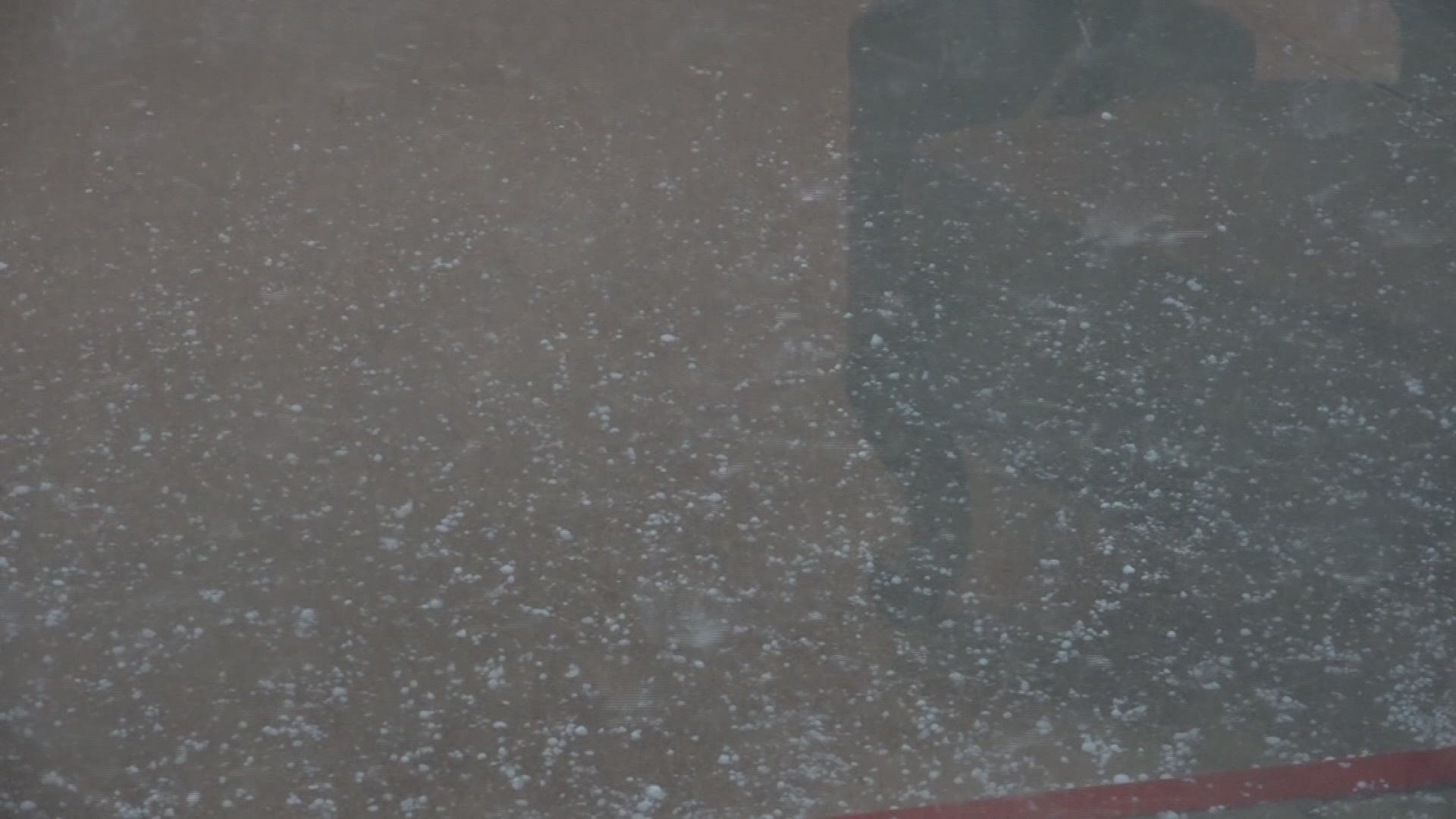 BRYAN, Texas — Brazos County is declaring a state of disaster after last week’s hailstorms, and if you’re worried by the sound of that, or just wondering why it’s being declared after the hail, Judge Duane peters has the answers.

“We had this hailstorm come here and it caused severe damage on our roofs on our buildings around here,” said Brazos County Judge Duane Peters.

Last week’s storms caught many in the Brazos Valley by surprise, including those in the Brazos County administration building that saw some building leaks.

Judge Peters said, “some of the hail actually drove holes into the membrane that’s on top of those buildings that keeps the water out.”

With tropical depression Cristobal coming, Judge Duane Peters says the county had to act immediately, signing a disaster declaration for the county.

“We didn’t have much choice. We had to do something so we don’t have more damage occur," he said.

A “disaster” declaration can sound scary, but the county says there’s no reason to panic, it’s just there to get money to fix the roof before the next storm.

He said, “we had to move money from different accounts to get them into an account that we can actually spend money for this roof repair.”

The funds will only take care of a temporary fix though, he said, “it might last six months... a year… I don’t know how long.”

The county says that’s what had to be done for the immediate future and they’ll work on a more permanent fix after the storm.

Judge Peters said, “we will be dealing with the insurance companies. Hopefully we’re going to get some reimbursement for what we’re having to spend right now... but it takes some time to do that. You cant get that done as quick as you can to try to at least do this temporary fix.”

The disaster declaration will last for seven days, if needed it can be extended though.

You can find the full declaration below: