The Brazos County Democratic Party said the country must find a humane solution to what is happening at the border. 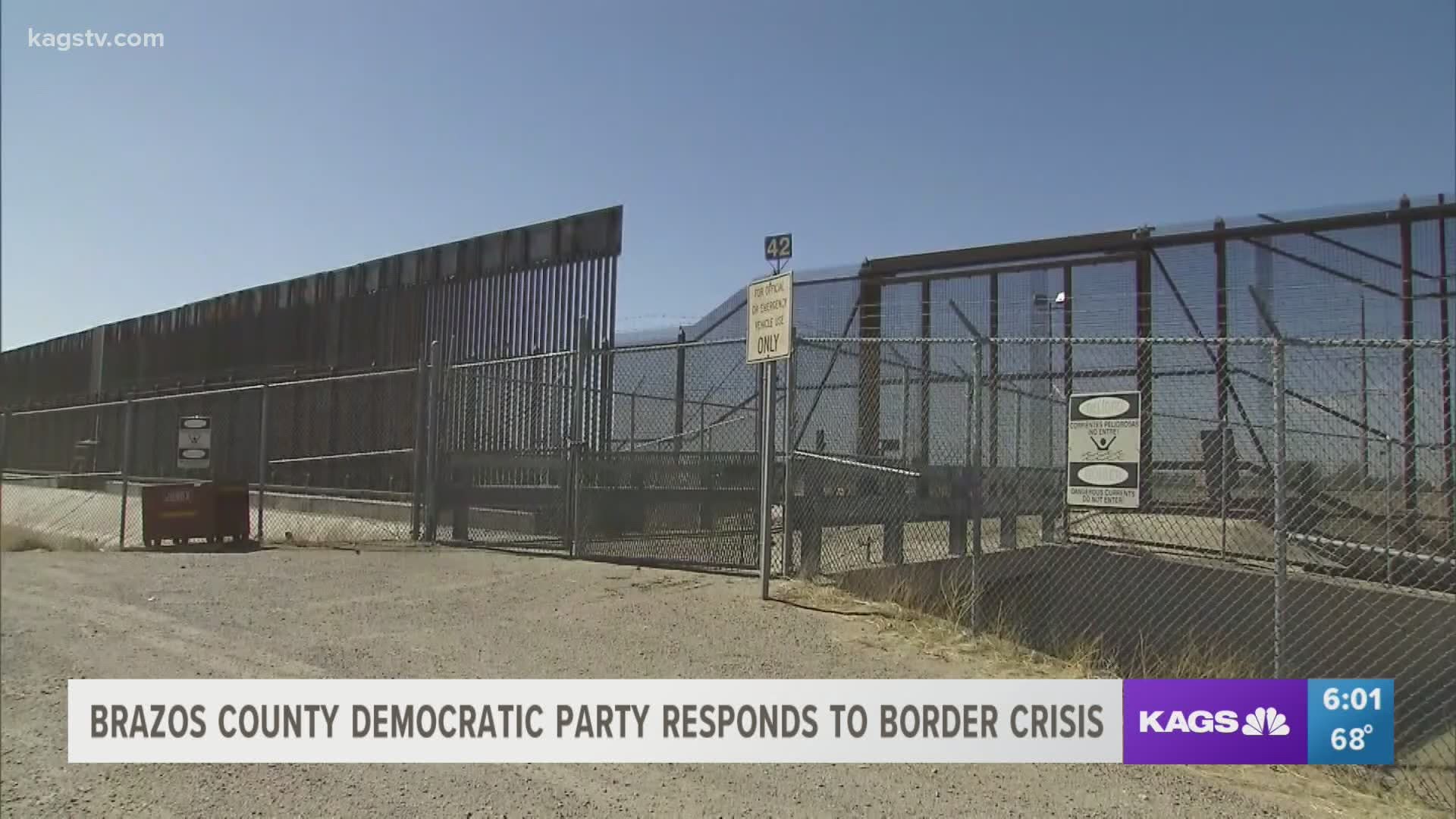 BRYAN, Texas — Immigration and the border crisis are controversial topics, especially among political parties. While Congressman Sessions believes America must focus on the current issues at hand, the Brazos County Democratic Party said the country must find a humane solution to what is happening at the border.

“That’s a question of humanity and morality. I think it is a matter of consciousness and on one hand, we seemed to have lost that in terms of our humanity," said Brazos County Democratic Party Chair Wanda Watson.

Watson said conflict on how to handle the border crisis is not a new topic of discussion.

“The claims [Sessions] is making are sort of a political talking point. I think that is their counter to what is happening right now as the president has gone forward with his stimulus package," Watson said. "I think it’s sort of disingenuous and somewhat hypocritical that he would talk about this issue in such a way because I think it’s just a smoke screen.”

Even as numbers continue to increase at the border, Watson said we must remember that most are mothers and children, and people who are fleeing unfortunate circumstances.

“I disagree with him labelling these people, sort of painting them all with a broad brush, and so I think it’s very unfortunate that is the thing he finds most concerning when it was always a problem with the previous administration," she said.

Watson doesn’t know how the two parties will be able to find a middle ground to resolve this matter in a humane way. She also acknowledged that not everyone who comes into this country will be able to stay and that the current administration is trying to improve the lives of all citizens.