Water is for everyone: The Brazos Valley African-American Museum's latest exhibit explores the universal journey of H20 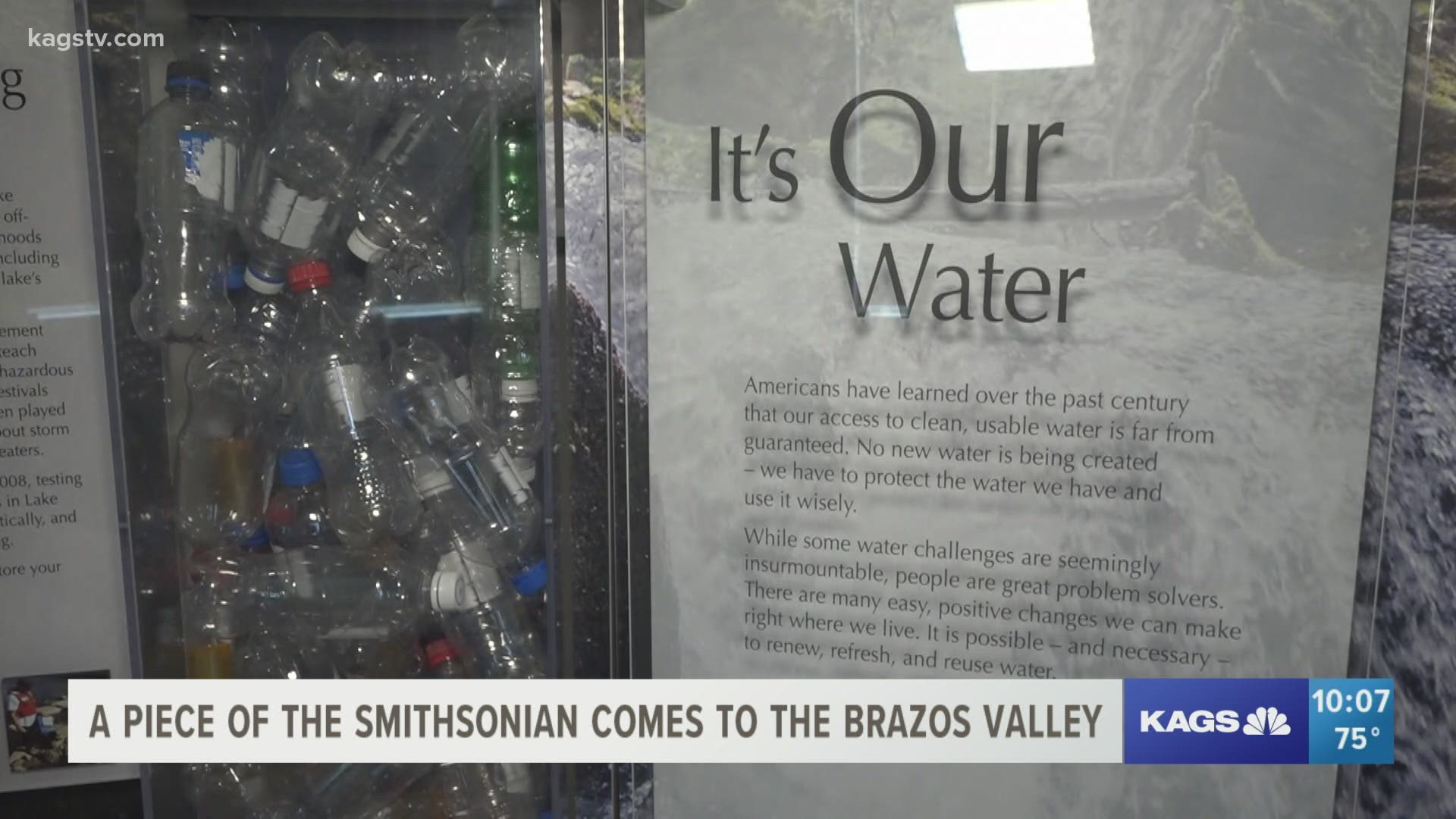 Today, it is home to a piece of The Smithsonian.

Water is an essential component of life on our planet, environmentally, historically, and culturally.

Right now the Smithsonian's Waterways Exhibit is on display inside the Brazos Valley African-American Museum.

The museums’ curator, Wayne Sadberry, said the reason why a water exhibition is inside an African American Museum is simple:

“Black people need as much water as white people do, as Latinos do,” Sadberry said.

Sadberry said there have been some ugly displays of the misuse of water…but when you get away from the bad…you finally see the good and natural uses of water.

“Only three percent of the water in the world is fresh water and that means we have to do some desalinization to make it accessible otherwise and that’s a very expensive proposition,” Sadberry said

Now, this isn't the first time the Brazos Valley African American Museum has seen a piece of The Smithsonian come through its doors.

Sadberry says the Waterways Exhibit is the third piece to come from Washington D.C.

“They partner with the amenities councils in most states. Texas we’ve had a problem with that, but that’s how it happens,” he said.

Sadberry says this exhibition is important because it brings the excellence of the Smithsonian to our community and it's paid for by the federal government so your taxes actually pay for it.

“I hope people take advantage of it. If you want to see something else or don’t like what’s here, then you can make that suggestion, but don’t tell me about it, send it over to Washington,” he said.

Sadberry said you’ve never heard about a war over water and that’s something we need to appreciate and take advantage of.

It is not every day a piece of the Smithsonian comes to town, so be sure to come and check out the Waterways Exhibit. Doors open tomorrow at 10 a.m. and admission is five dollars for adults, four dollars for senior citizens, two dollars for students and free for children five and under.