Friday’s summit had the largest number of attendance it has had in its three years. People were able to attend in-person and virtually. 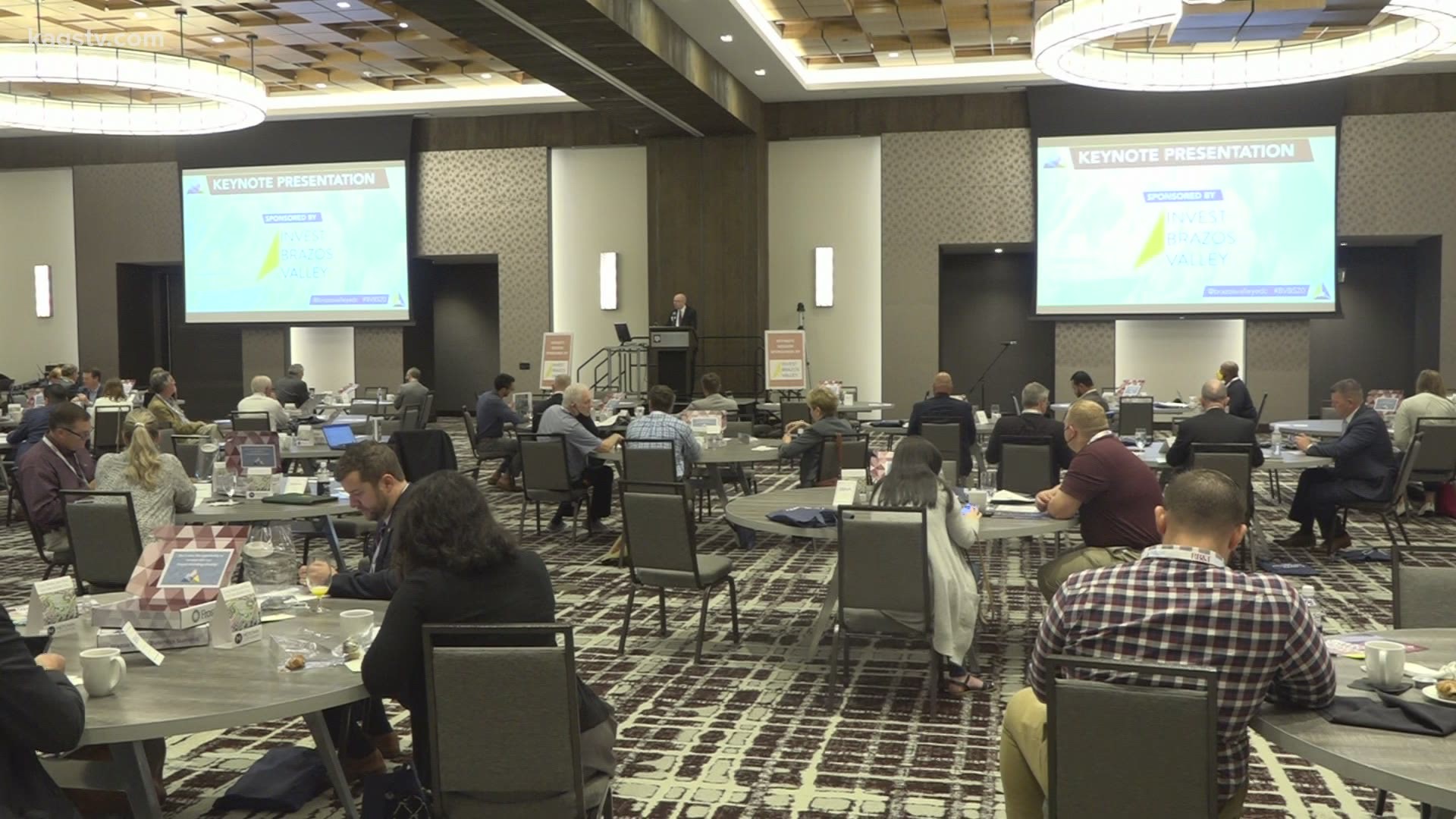 COLLEGE STATION, Texas — Business professionals around the Brazos Valley received updates on the state and regional economy Friday. The 2020 Brazos Valley Business Summit brought people together, in-person and virtually, to provide useful tools to advance their businesses and organizations.

“We’ve had some choppy waters in 2020, to say the least,” said Matt Prochaska, the president and CEO of the Brazos Valley Economic Development Corporation. “I’m excited to really engage with our business community and look ahead to, hopefully, better times.”

Friday’s summit had the largest number of attendance it has had in its three years. Those who were part of that record number got a chance to listen to various speakers on topics like the past year’s local economy, how the Brazos Valley contributes to the world’s economy, recovery scenarios from COVID-19 and more.

“In the long-term, I think we'll get back to where we would have been anyway in the next four or five years, in terms of numbers overall. It is going to look very different," said Dr. Ray Perryman, the president and CEO of the Perryman Group.

Perryman was one of the summit’s two keynote speakers and is one of Texas’ top economic researchers and analysts. He was brought to discuss not only his economic projections at the Bryan/College Station level but statewide and nationwide.

“The economy has been hit very hard this year," Perryman said. "We’ve made some comeback now, but how much of a comeback we can make in the future is going to depend a lot on how we get control of the virus and what the response is in Washington.”

Perryman also spoke on key trends, such as supply chain diversification, that could change as the country continues moving forward.

"A lot of things are going to be on-shore that had been produced in other places, just because of the safety and security of knowing you have that stable supply chain," Perryman said. "In particularly in critical areas like medicine and that sort of thing.”

Many in attendance were grateful to come together and get questions answered regarding what is next for the economy.

“Folks were able to come together to find encouragement, to find answers and to look for solutions to challenges we’re all facing," Prochaska said.

We’re just about ready for tomorrow’s Brazos Valley Business Summit. Thanks to everyone who registered to attend socially distanced at the @TAMUHotelCC or virtually. #BVBS2020 pic.twitter.com/txVNcrA3SK