As the number of cases for lung disease associated with e-cigs rises, residents in the Brazos Valley are urged to be aware of the symptoms. 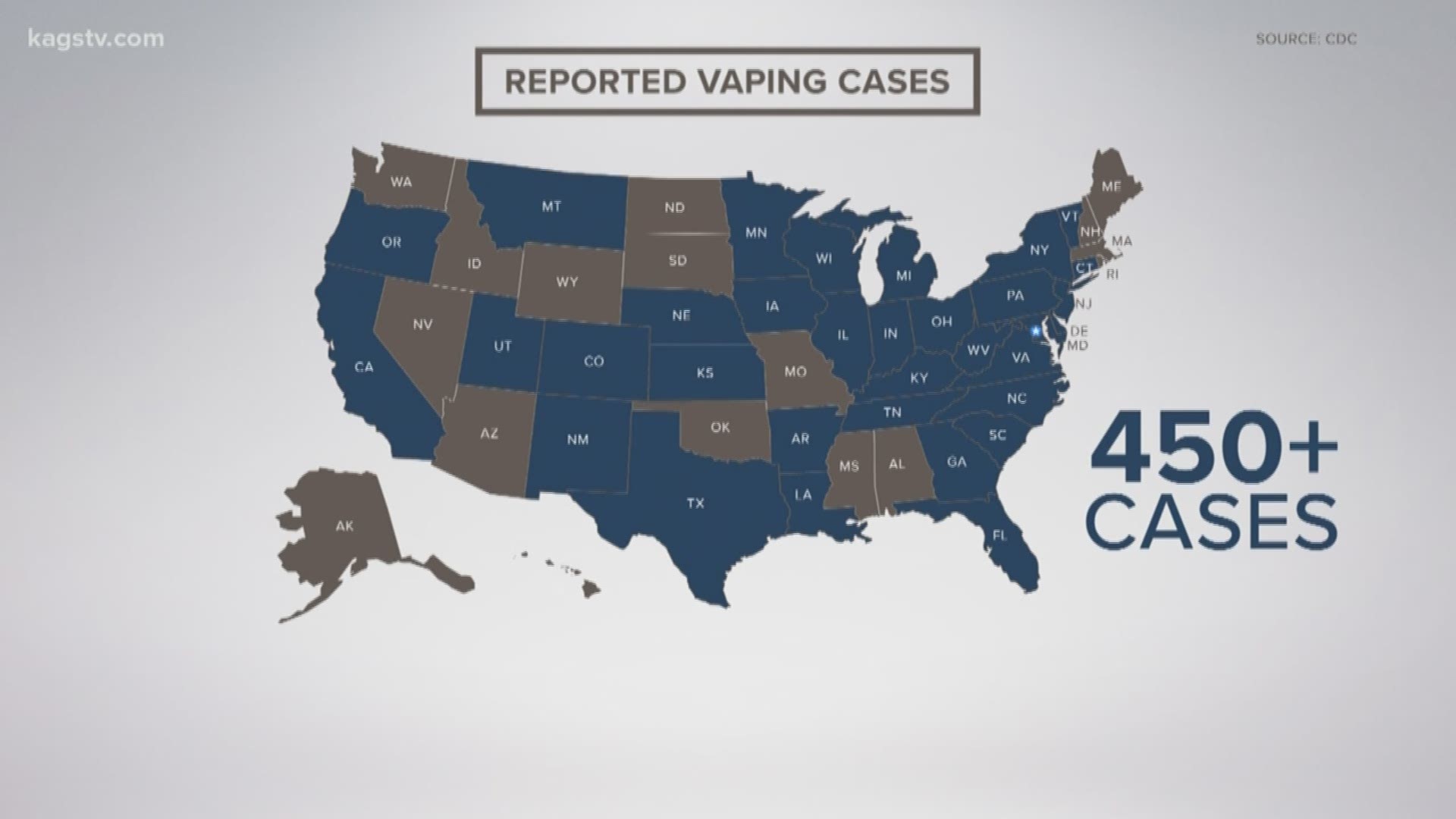 Two reported cases of severe pulmonary disease associated with using e-cigarettes have been reported in Brazos County. They are currently being investigated by the Texas Department of State Health Services (DSHS). According to the Centers for Disease Control and Prevention (CDC), as of Sept. 6, there have been 450 possible cases of lung illnesses associated with vaping and e-cigarettes.

While the investigations are on-going, the DSHS wants you to be aware of the signs of severe pulmonary disease, due to possible side effects of vaping. Previous cases have reported cough, shortness of breath, fatigue, nausea, vomiting, and diarrhea. The severity of the illness have varied and symptoms usually worsened over a period of days or weeks.

If you  have experienced any of these symptoms after vaping it is suggested to seek immediate medical attention. When talking to your doctor state your history of drug use with e-cigarettes and discuss the types of products used. Additionally, the DSHS recommends you set aside any unused vaping products so they can be used for testing.

DSHS describes e-cigarettes as tobacco products that resemble writing pens or USB sticks.The battery powered device, heats a cartridge or pod full of liquid to produce aerosol. The aerosol is then inhaled into the lungs.

Most e-cigarettes contain nicotine, which has proven to be addictive, and harms brain development. There have been reports of some e-cigarette flavorings not being safe to breathe due to the lungs not being able to process the substances. Diacetyl, a common ingredient in e-cigarette flavorings, has been known to be the cause of “popcorn lung”, the scarring of tiny air sacs in the lungs. This causes the airways to thicken and become narrow, leading to wheezing and shortness of breath. Additionally, there have been reports of children and adults being poisoned by swallowing, breathing, or absorbing the e-cigarette liquid through their skin or eyes.

According to the DSHS, Texas is one of 33 states to have reported cases of lung illness due to vaping. For more information regarding severe pulmonary disease and e-cigarettes, visit the CDC’s website here.

RELATED: Reports: Trump administration won't grant protected status to those in the Bahamas affected by Dorian