Giusti comes from the San Antonio Fire Department where he serves as the assistant fire chief. 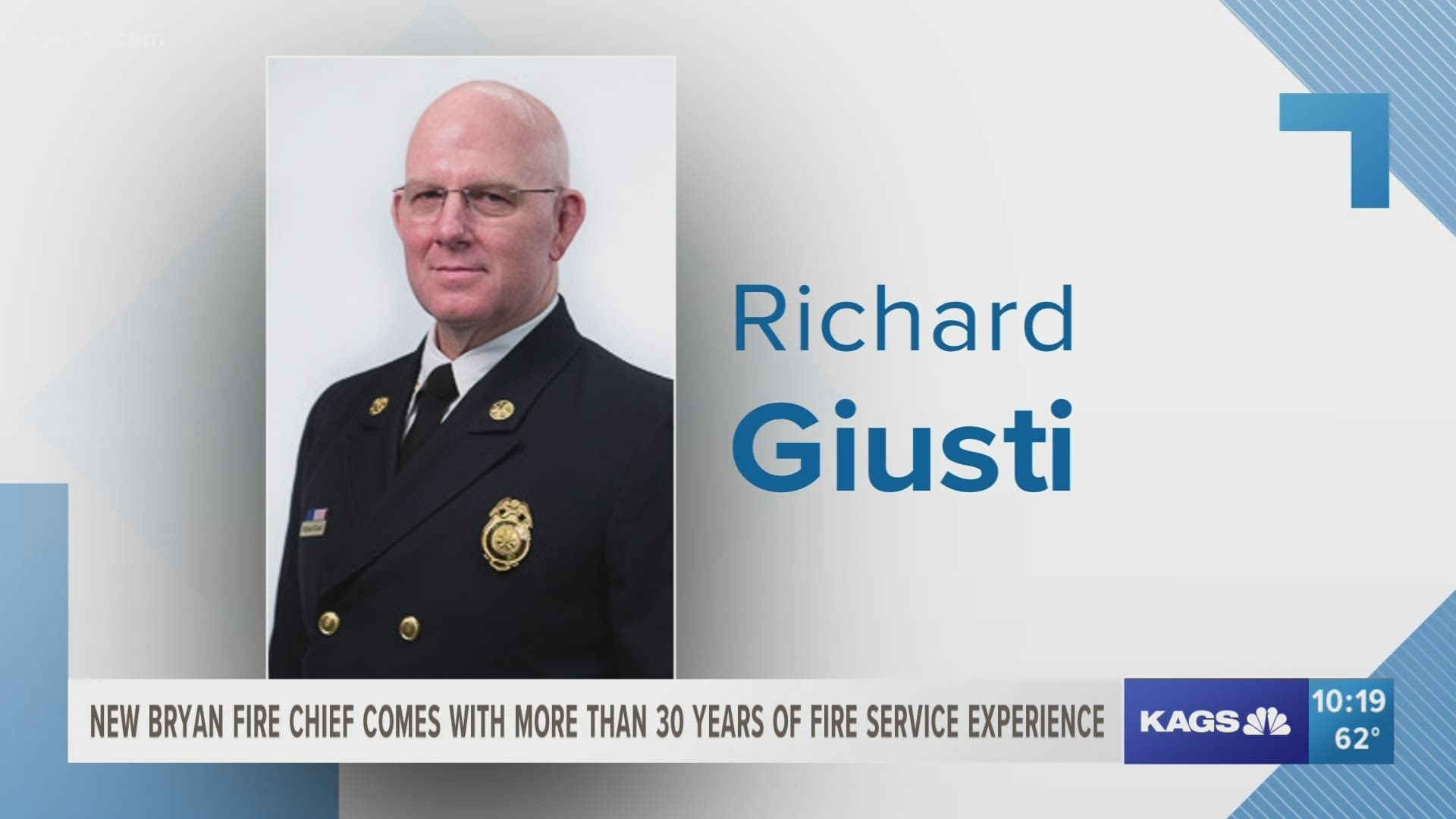 BRYAN, Texas — The Bryan Fire Department has named the next fire chief after a months-long, nationwide search. The city announced Richard Giusti will assume the position early next month.

Giusti will be coming from the San Antonino Fire Department, where he has been serving since 1995. He is currently the assistant fire chief and oversees 400 people in the department. His duties include planning, policy, program development, performance evaluation, reporting and training.

He holds a Master of Arts degree in Homeland Security from the Naval Postgraduate School Center for Homeland Defense and Security, a Bachelor of Arts degree in Disaster and Emergency Management from American Military University and two Associate of Applied Science degrees in Fire Science and Instructor of Technology and Military Science from the Community College of the Air Force.

Giusti believes his experience leading and managing a team makes him ready to take the chief position.

"Teamwork is a huge thing," Giusti said. "Building relationships too. A part of what I have to do is go into the [department] and build trust with our firefighters. You can’t go in there and expect trust, that is going to take time.”

During the nationwide search to find a replacement for retired BFD Fire Chief Randy McGregor, the City of Bryan received 44 qualified applications. From there a team from the fire department, Bryan Police Department and other city departments were able to narrow it down to eight finalists. It included one internal applicant. The team unanimously chose Giusti.

Leaders from the City of Bryan said his strong background in fire service is what drew them to name him.

“We think to continue the excellence that we have at the Bryan Fire Department, we wanted to select somebody that we thought could take us to that next level," said Hugh Walker, the deputy city manager for the City of Bryan.

What made Giusti want to apply for this leadership position is how Bryan prioritizes safety and service. From his own research, he found out how the department handles devastation among the stations and keeping their people safe.

“I wanted to go somewhere that an organization cared about the firefighters, citizens and provide the best service," Giusti said. "Every time I pulled back a layer of that onion with the City of Bryan it was something better.”

Giusti is very excited to get to know the community and start living that 'Good Life, Texas Style.'