The Bryan CID, Tactical Response Team, Crisis Negotiations Team and other support staff were on scene for several hours Tuesday. 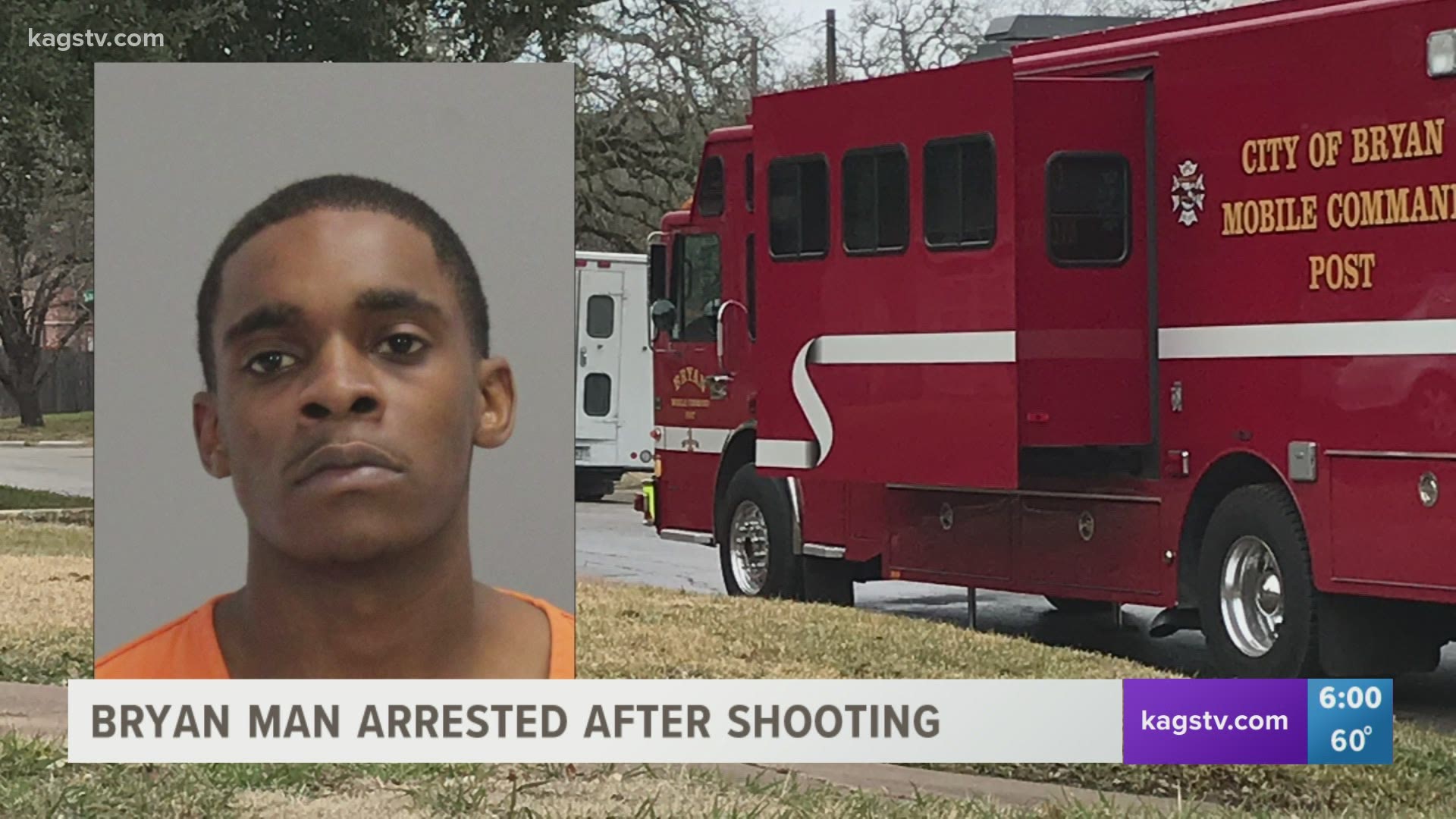 BRYAN, Texas — Members of Bryan Law Enforcement were on the scene of a shots fired call for several hours Tuesday. The Bryan Criminal Investigations Division, Tactical Response Team, Crisis Negotiations Team and other support staff blocked off Pleasant just off of Cavitt Avenue.

The call for help came in just after 6:15 Tuesday morning. Witnesses at the scene told officers that a man had fired a gun at a passing car, which caused the car to crash into a tree. No one was hurt in the crash and the officers began searching for the man responsible.

As other members of the Bryan Police Department responded to the scene, investigators learned where the alleged gunman might be and got a warrant for the man's arrest.

One arrested after shooting on Pleasant in Bryan

Investigation led to 3 warrants being issued for Aggravated Assault with Deadly Weapon. Jacquez Punchard was arrested without incident at 12:55 pm. We appreciate citizen patience and cooperation.

Just before 1p.m., Jacquez Punchard, 23, was arrested at the scene. He's charged with three counts of aggravated assault with a deadly weapon. He's currently in the Brazos County Jail on $400,000 bond.

No one was hurt and Pleasant has since been reopened.