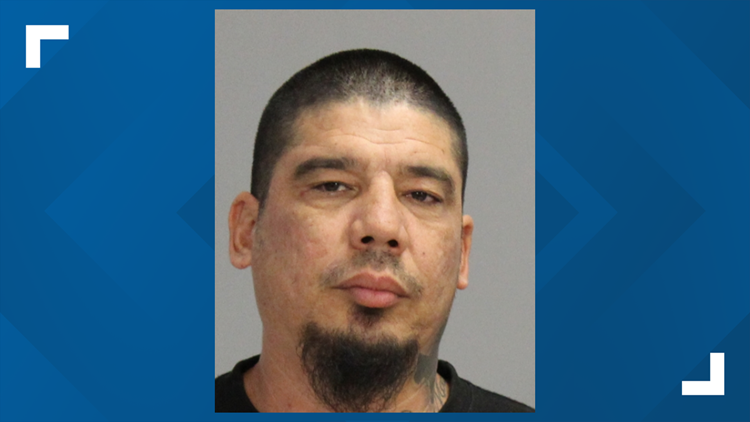 Photo by: BRAZOS CO. JAIL
Eusebio Reyes, 40, of Bryan, is facing two counts of aggravated assault, DWI, fleeing an officer and other charges. He is accused of punching a man in the head outside a bar and running from the scene.

BRYAN, Texas — A Bryan man, who has a lengthy criminal history, is being accused of violently attacking another man and then running from police.

This attack happened Friday morning just after 1 on the 400 block of North Bryan Avenue at Bar 69. Officers found a man unconscious inside the bar and called an ambulance. One of the bouncers at the bar reported the description of Reyes’ vehicle when questioned by police.

Officers at the scene watched the business' surveillance video. Officers said they saw a man matching Reyes' description punch another man in the head. The victim fell to the ground and was passed out when Reyes threw a beer bottle at the victim's head and kicked him, officers said.

Officers spotted the vehicle Reyes had left the scene in and made a traffic stop. Reyes did not want to talk to officers, but his reported girlfriend did confirm they were coming back from Bar 69, investigators said. The officers who saw the surveillance video confirmed it was Reyes who had assaulted the victim inside the bar.

RELATED: Sailor who killed 2 at Pearl Harbor was reportedly unhappy with commanders