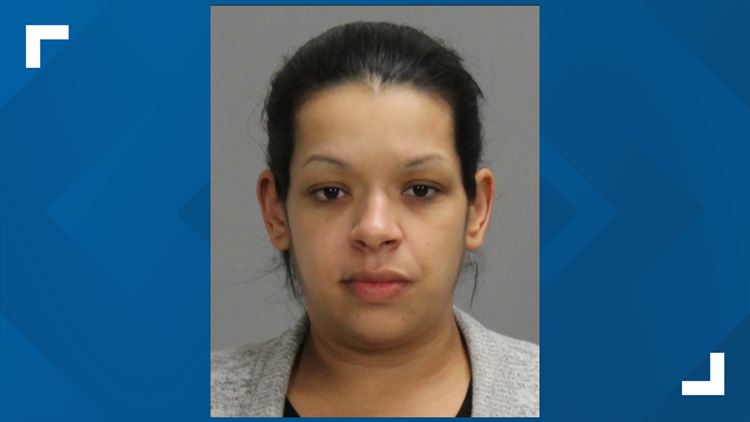 Photo by: BRAZOS CO. JAIL
Kendra Sweat-Johnson is charged with two counts of child endangerment, possession of a dangerous drug and possession of a controlled substance. College Station police said she also had two outstanding warrants out of Brazos County.

COLLEGE STATION, Texas — A Bryan woman is facing a long list of charges after she was arrested at a traffic stop by College Station police Sunday night.

Kendra Sweat-Johnson, 31, is charged with two counts of child endangerment, possession of a dangerous drug and possession of a controlled substance. The arresting officer also said she had two active warrants out of Brazos County for theft of property.

College Station police said Sweat-Johnson stopped her car in the crosswalk at the intersection of Harvey Road and Texas Avenue just after 7 p.m. Sunday. Officers said they could smell marijuana coming from the car and identified Sweat-Johnson as the driver of the car. Two children under the age of 10 were in the backseat and one of the children, who was under the age of five was not in a child safety seat, police said.

The officers said due to the scent of marijuana, they had reason to search the vehicle. They said they found two glass pipes, a syringe with clear liquid inside and several cut straws. They also said they found a container and two small baggies with a white substance later identified as methamphetamine.

Officers also said they found a number of blue pills later identified as a prescription medication that Sweat-Johnson said was hers, but could not provide documentation for it.

The officers said the bag containing drug paraphernalia and the drugs was under the seat where the two children who were in the back could easily get to it and open it.

Sweat-Johnson is currently in the Brazos County Jail on $29,000 bond. It is not known where her children were placed or if they are with family members at this time.

RELATED: Navasota man with murder conviction arrested after being found with guns, drugs

RELATED: A Jaguar, a Tesla, 13 pounds of marijuana & over $65,000 seized in College Station drug bust near park