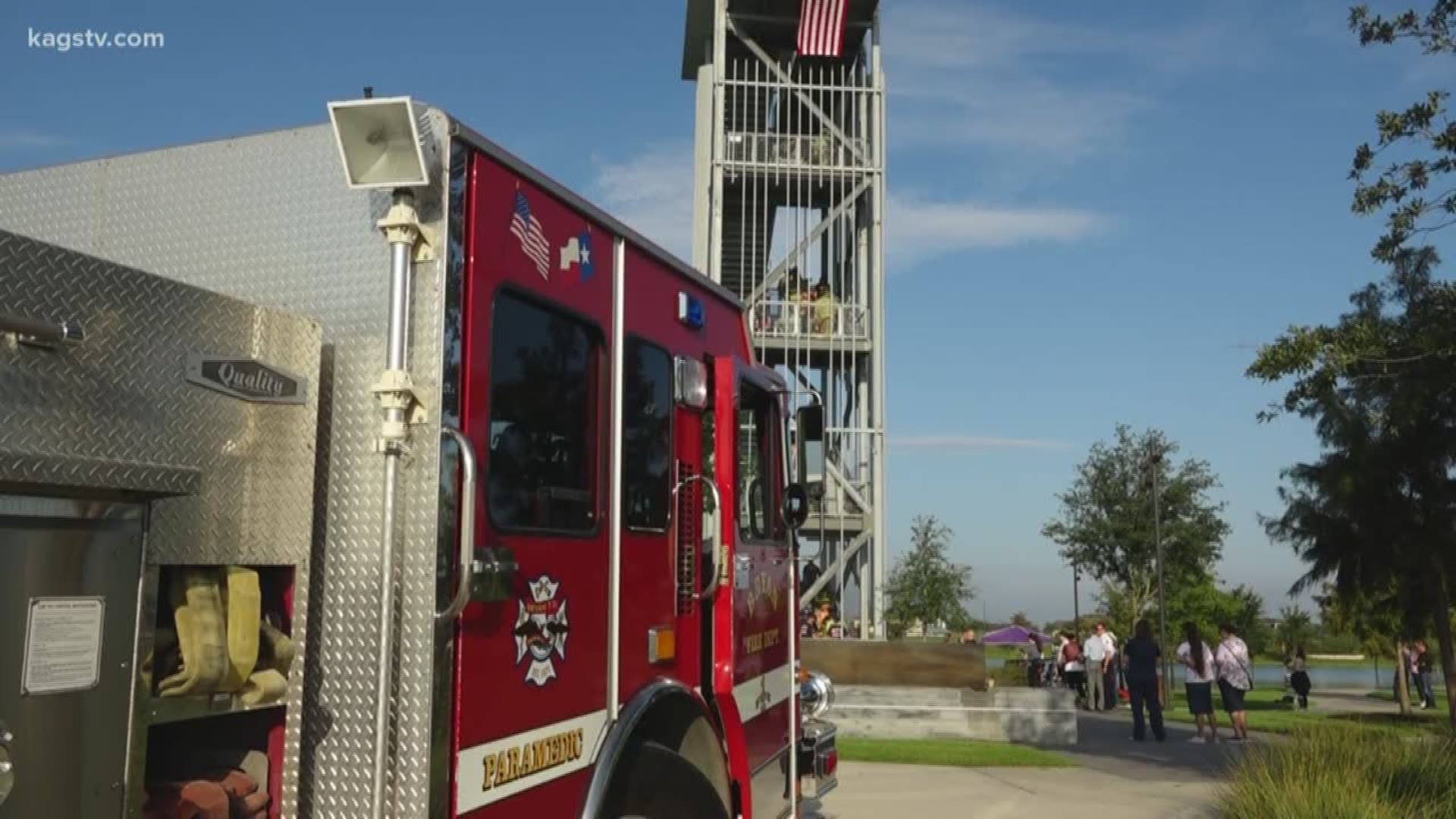 The Bryan Fire Department hosted their annual 9/11 Stair Climb Memorial on this 18th anniversary of Sept. 11. It's a tribute to the first responders who sacrificed their lives during the terrorist attacks in 2001.

Local firefighters, law enforcement, and members of the community climbed the 80-foot tower at Lake Walk Town Center about 17 times to pay tribute to the 110-story climb that occurred on that fateful day.

Bryan's Fire Department Chaplain, Rev. Ernest Upchurch, led the group in prayer before the climb.  Heads were bowed as everyone took time to reflect on the events that mark this day.

After the national anthem was sung, everyone lined up to begin the climb. The first complete climb of 17 was silent. Only the beating of footsteps and a bagpipe solo filled the atmosphere. What began as a solemn march morphed into a journey filled with camaraderie and community.

The Bryan Fire Department, South Brazos County Fire Department and multiple volunteer fire departments suited up in uniform. Clothed in full firefighter gear including boots, pants and a jacket, these firefighters endured the Texas heat in up to 45 pounds of clothing.

People of all ages were there to support the climb, and Joe Dan Ondrasek, the assistant chief of operations at the Bryan Police Department, thought it was a great opportunity to teach those that were born after Sept. 11, 2001 about the significance of the day.

“I think it is important for everyone to learn and understand what happened on this day, the sacrifices that were made, and why they were made,” said Ondrasek. “It’s important that our young folks understand community service, what the fire and police services are about and why we’re here, and again the dangers that we face everyday.”

See the video of the memorial climb below.

RELATED: He was the only American to watch the towers fall from space

RELATED: Communities remember those who sacrificed their lives on 9/11