'If I did not have the PPP loan we would not be open right now': Many business owners rely on help to stay afloat 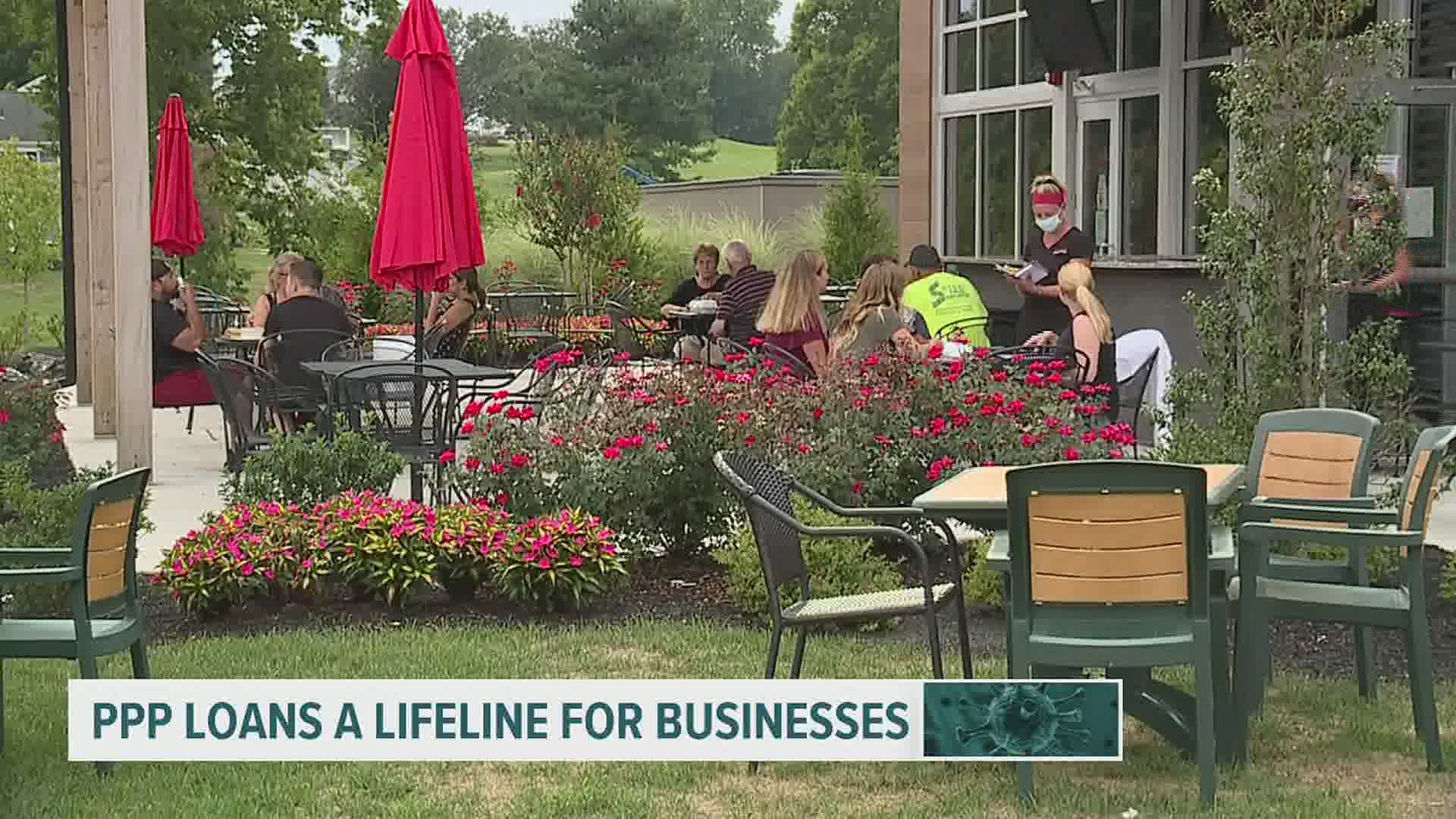 The Greenfield Restaurant and Bar in Lancaster County is just one of 5 million businesses across the nation that have relied on a loan from the federal paycheck protection program (PPP) to keep the doors open.

But the owner warns, businesses will need more help from the local, state, and federal government.

"This has all been mandated on us. This wasn't our fault because I made bad food or had bad service. This was because of the pandemic," said John Moeller, chef of The Greenfield Restaurant and Bar, who added "if I did not have the PPP loan, we would not be open right now."

The federal paycheck protection program was designed to provide a direct incentive for small businesses to keep workers on the payroll with a promise to forgive loans as long as owners followed specific guidelines.

Download a detailed list of businesses that have taken out PPP loans that total over $150,000, including more than 26,000 businesses in Pennsylvania here.

Read the unlisted businesses in Pennsylvania that received loans under $150,000 here.

Read a breakdown of the amount of money and loans given to businesses through the PPP program here.

Moeller said PPP aided him in bringing his staff back to work after The Greenfield Restaurant and Bar shut down in March and was forced to lay off all of its employees.

"I thought when the first two weeks (of the shutdown) came on, I thought 'oh my god.' Two weeks seemed like an eternity," said Moeller, who added "I didn't even know how to survive that to be honest with you."

The doors of Moeller's restaurant reopened again in June. With help from the PPP loan, Moeller has now been able to bring back nearly 80% of his staff.

"Why not give us the money to pay employees to work instead of them sitting at home and getting unemployment? They're going to have to pay money anyway," said Moeller, who praised the program and who suggested the PPP program should be extended.

Thousands of PA businesses are among those who relied on the federal paycheck protection loan program to keep their doors open.@fox43 at 5, I'm showing you the long list that are taking the help. And, why they say they need more help. https://t.co/Hc5BXj3PpV pic.twitter.com/McbkoAVU61

The Greenfield Restaurant and Bar hosts a catering business and private events in addition to its normal restaurant and bar sales. Moeller noted that during the shutdown, many of those events were canceled. The restaurant is now lined with social distancing markers and plexiglass in accordance with safety and health guidelines.