The Jackson family attorney, said “fingers are now pointed in more directions, not a different direction." 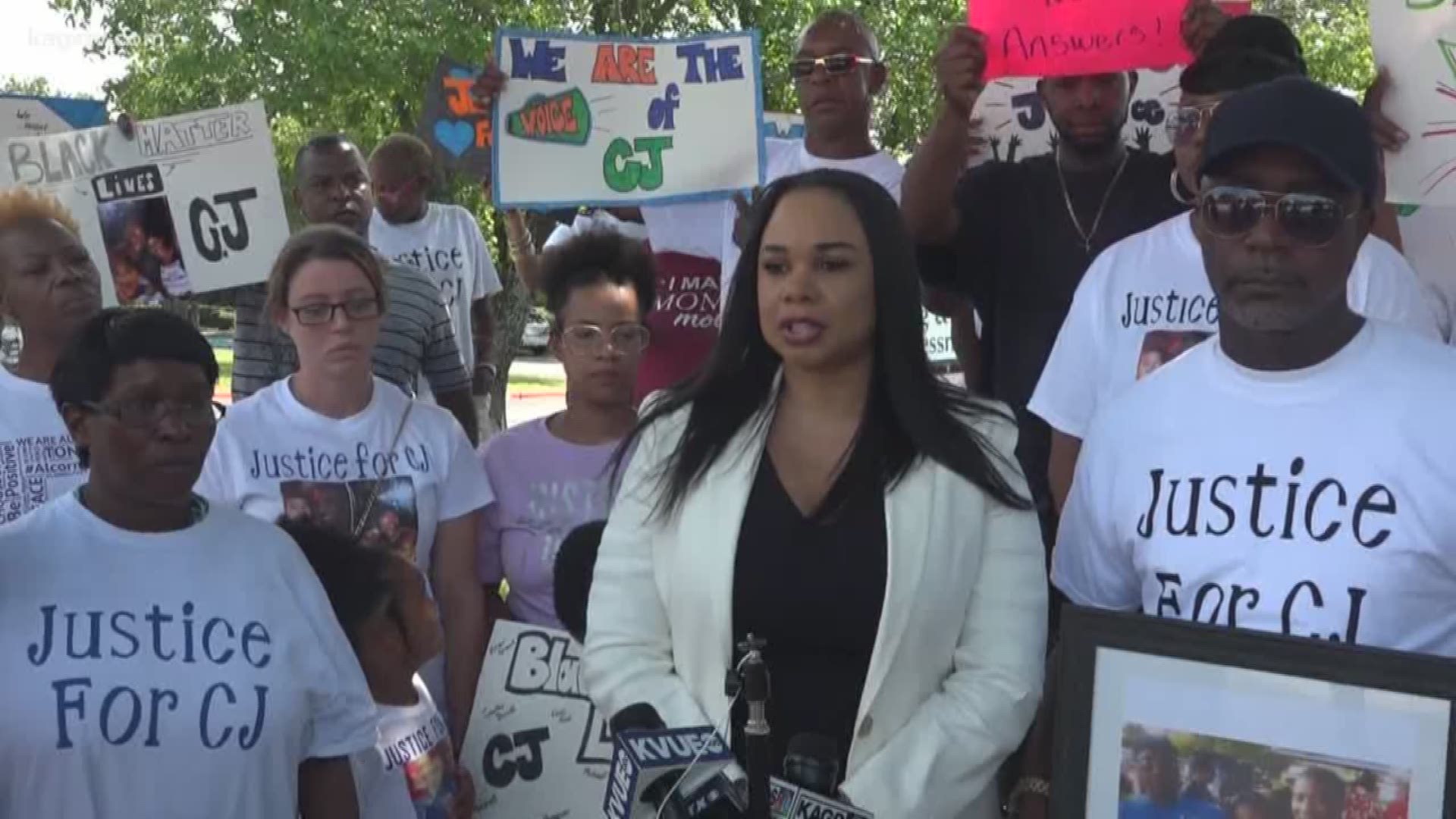 An attorney representing Chester Jackson Jr along with Jackson’s family and friends held a press conference in front of  Cross Creek Hospital, where Jackson was administered sedatives and put in a “hold” before landing in intensive care, according to a 911 call first obtained by KAGS.

U.A. Lewis, the Jackson family attorney, said “fingers are now pointed in more directions, not a different direction,” and called on Burleson County and Caldwell to “follow the law.”

In a video obtained by KAGS, a Caldwell officer appears to shove Jackson against a wall, causing him to hit his head on a metal toilet. Lewis said the officer used excessive force, a Fourth Amendment violation and questioned why her client did not receive medical assistance following the altercation. The attorney also said the Caldwell officers interacting with Jackson in the video were not certified jailers and “had no business being there.”

The Texas Rangers have opened a criminal investigation into Jackson’s case, Lewis said.

Jackson has left intensive care after a month-long stay and has been stabilized but is not yet talking, Lewis said. Jackson has a visible head wound on the outside of his head but an assessment of possible internal damage to his head has not yet been conducted.

Jackson was initially arrested on April 19th, 2019 for public intoxication, a Class C Misdemeanor. In body camera video of Jackson's arrest, a deputy identifying himself as a certified drug detection officer allegedly says he believes Jackson was on PCP at the time of his arrest. Lewis called this "pure speculation."

When deputies brought Jackson to Cross Creek, they were asked if Jackson was concussed and cooperative. The day before his transfer to the psychiatric hospital, April 20, Jackson was seemingly thrown to the ground in the Burleson County Jail by a Caldwell Police officer.