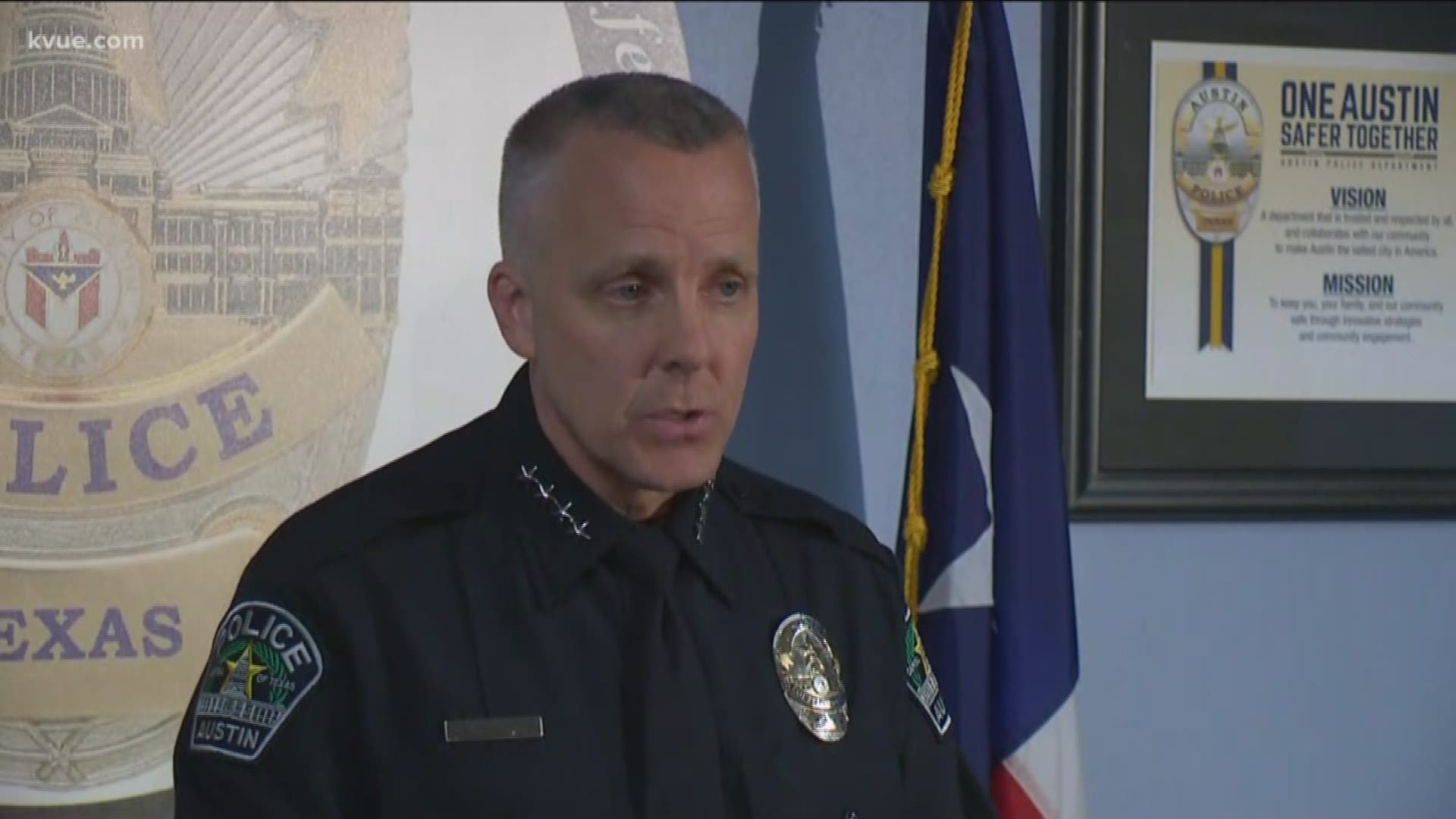 AUSTIN, Texas — Austin Police Chief Brian Manley said Wednesday the department will undertake additional reviews of how detectives classify major crimes after an audit revealed frequent mistakes in how they do so in sexual assault cases.

Manley said he will ask for an outside review for the classifications of all major crimes to ensure the department complies with FBI rules about how such cases are classified once the investigation is over.

He said he is not yet sure who will conduct the review.

Manley's comments come after a Texas Department of Public Safety audit raises issues with how detectives are classifying cases after the investigation is complete. In at least 30 instances, the cases were improperly classified.

For example, some were deemed cleared when they should have been categorized as "unfounded," meaning no crime happened.

“It is not an indication or assessment of all of the adequacy, the thoroughness or completeness of the underlying investigation," Manley said. “This is, 'What does an investigator do with the case once they thoroughly investigate it?'"

“While we’re glad this audit has been completed, it confirms that we have serious issues and we need to take quick action that corrects the patterns that allowed these cases to be handled improperly. We support Chief Manley’s call for a full review by an independent entity that the community can trust. We listen to women, support women, and believe women, and we need to ensure our processes align with those values."

A detailed report on the audit can be found here. 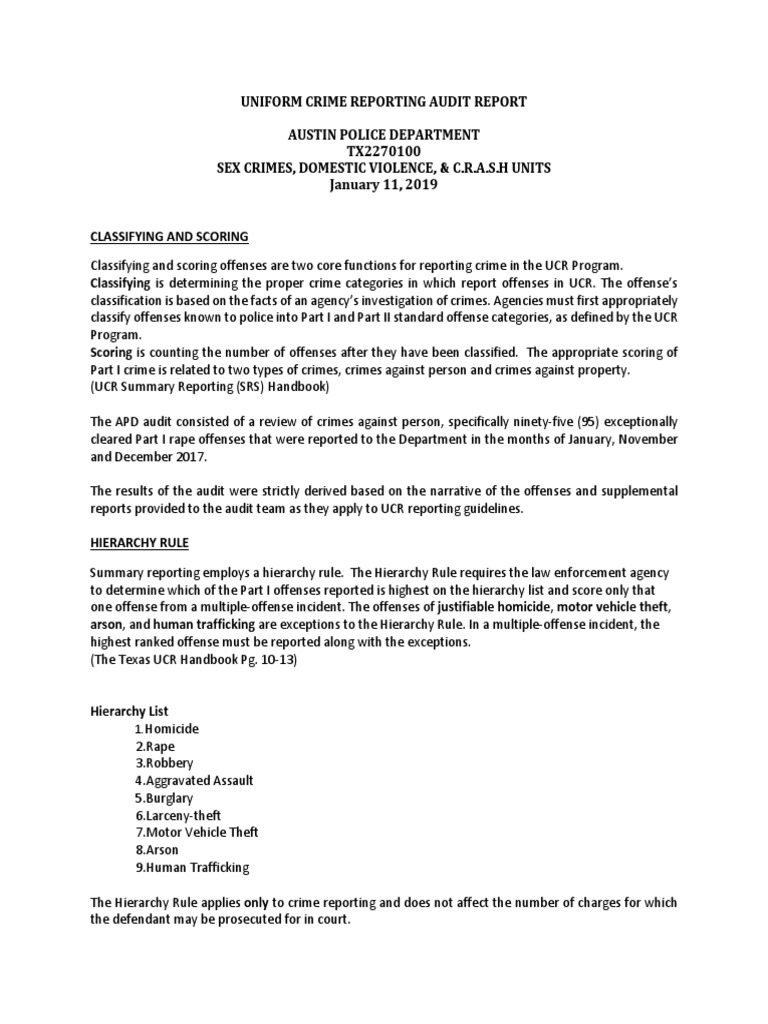 Austin PD UCR Audit Report (002)
Classifying and scoring offenses are two core functions for reporting crime in the UCR Program. Classifying is determining the proper crime categories in which report offenses in UCR. The offense's classification is based on the facts of an agency's investigation of crimes.