The extra money will help the local pantry continue feeding the community on a daily basis. 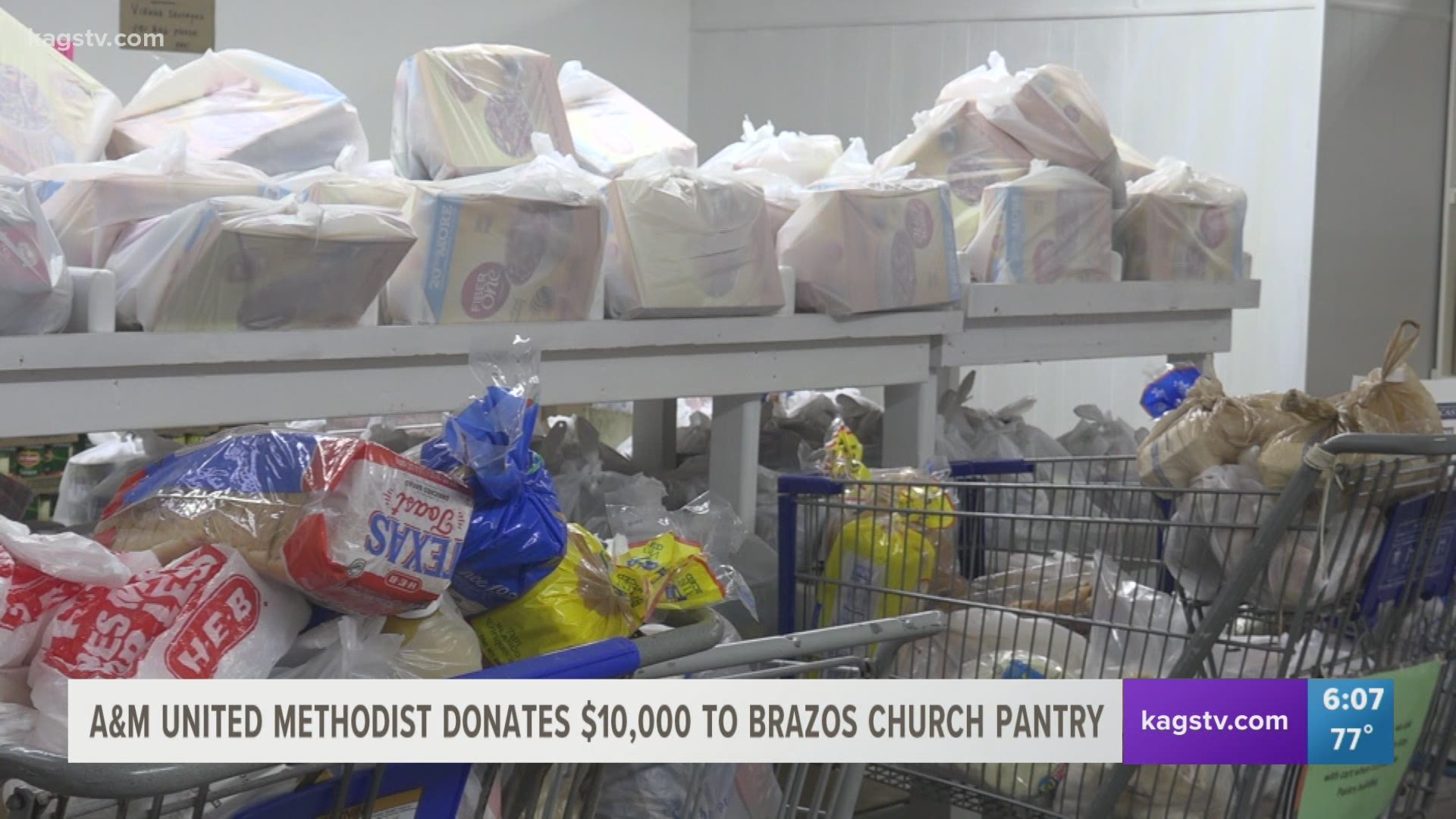 BRYAN, Texas — In a time of need, the community steps ups. And that is exactly what the A&M United Methodist church did when they found out that one local non-profit hit a snag in their operations.

Right before the winter storm a couple weeks ago, the cooler at the Brazos Church Pantry broke. With the organization feeding many in the community daily, the team needed a place to store its food.

“We were contacted by A&M United Methodist church and they told us they had been collecting money for some time and what we would really need?" Brazos Church Pantry board president Susan Morris said. "It was just a godsend. It was what we really needed to have that cooler replaced."

The A&M United Methodist Church gave the church pantry more than ten thousand dollars to help them with their projects, the first and most important one-- the cooler.

“This is one of the most important places in Bryan [and] College Station and that’s because it’s what we do together and so much of what we had to do in the last year is be alone or to be separated from each other," A&M United Methodist Church senior pastor Preston Greenwaldt said.

The A&M United Methodist Church is partaking in good neighbor month in March and this donation to the pantry is just one part of it.

“COVID has made us aware of how there are people out there who have had problems, issues, food insecurities and I think our church has a big heart and the people in the congregation felt like this was something they could do,” A&M United Methodist Church outreach mission team leader Linda Marr said.

With the cooler now fixed, the pantry can continue serving the community it is so proud to be a part of.

“so many people just do not have enough food, and they're able to come here and you know the other pantries that are all around the area is really the only way that they’re able to survive and pay some of their other bills.”