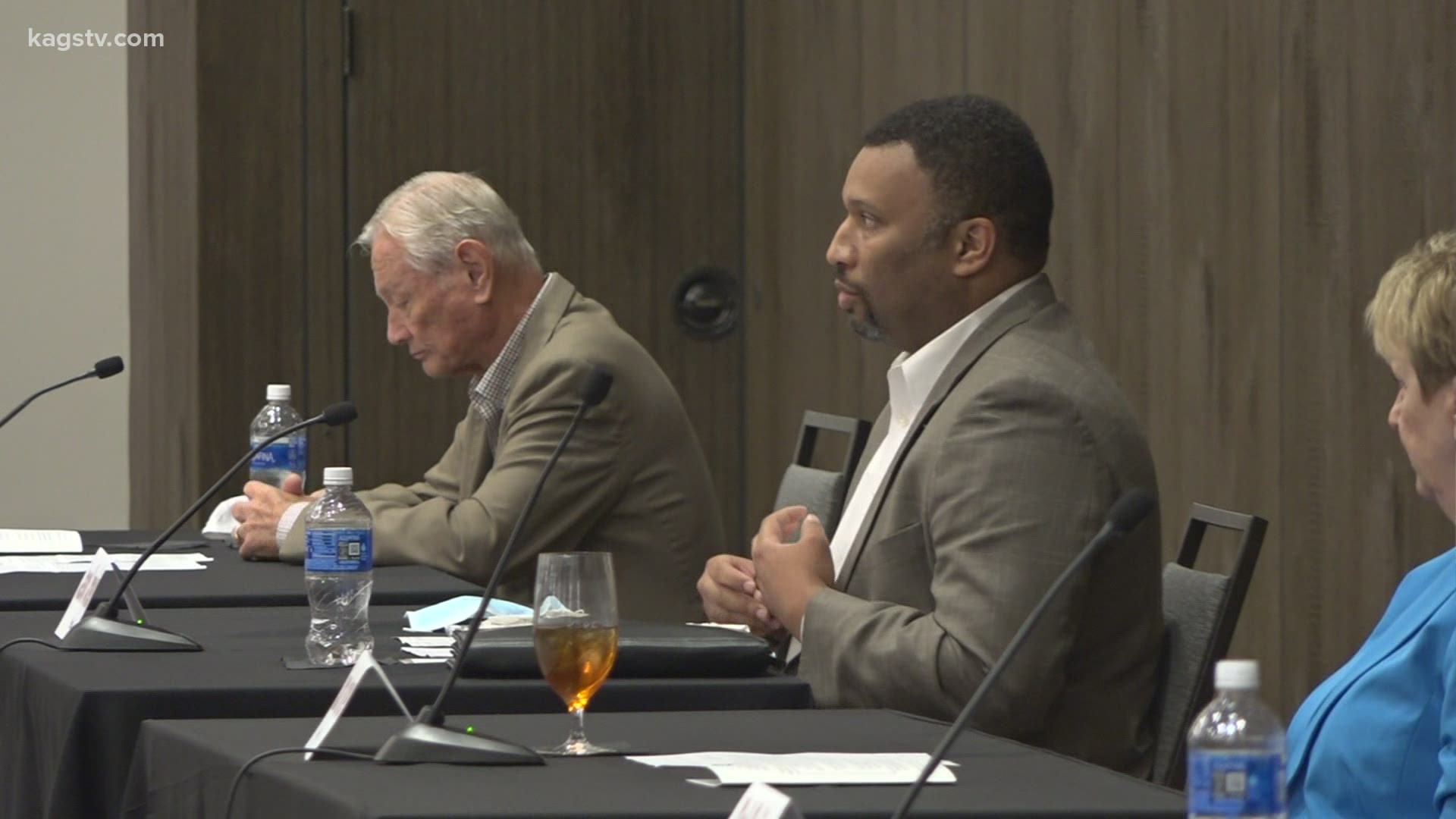 COLLEGE STATION, Texas — Election day may have been last Tuesday, but results for some races in Brazos County still do not have an outright winner. Candidates for College Station City Council Place-1 seat hope that Tuesdays mail-in ballots results will determine who received the most votes.

Incumbent Bob Brick is leading the race with 15,369 votes, while Jason Cornelius is sitting at 15,363 votes.

Yes, you read that right. Only six votes sperate the two.

With such a tight race, finalizing the absentee, military and provisional ballots will be an important factor in determining a winner on Nov. 10.

"All I can think of at this point is to thank my supporters and hope we do well as of the counting that will go on tonight or tomorrow morning," said Brick.

Brick said he knew it was going to be a close race, but to only be separated by literally only a few votes is a surprise.

“It was a disappointment to not be an outright winner," Brick said. "I thought I had a very strong campaign based upon feedback I’d gotten from around the community.”

While the two candidates may be wondering why the votes were split so evenly, experts said close races are consistent in local government.

Brian Nakamura, an assistant professor of practice at the Bush School of Government and Public Service, said it is because voters develop more of a connection with those running for local office. Local government candidates typically campaign to improve on topics that affect the community directly.

Nakamura is a former city manager and has more than 20 years of experience working in local elections.

He believes that both Brick and Cornelius share similar platforms. The two candidates are looking to improve the community economically, socially and environmentally. However, both approached their ideas from different perspectives.

“I’ve tried to inform the voters on where I stand on issues and why I think these issues are important to the community," Brick said.

Nakamura said one candidate seemed to focus more on improving neighborhoods and the other was more business-oriented.

“Both drew upon their base," Nakamura said. "Clearly both had viable and reasonable opportunities to protect and preserve the quality of life in College Station.”

Cornelius was unavailable to speak with KAGS Monday.