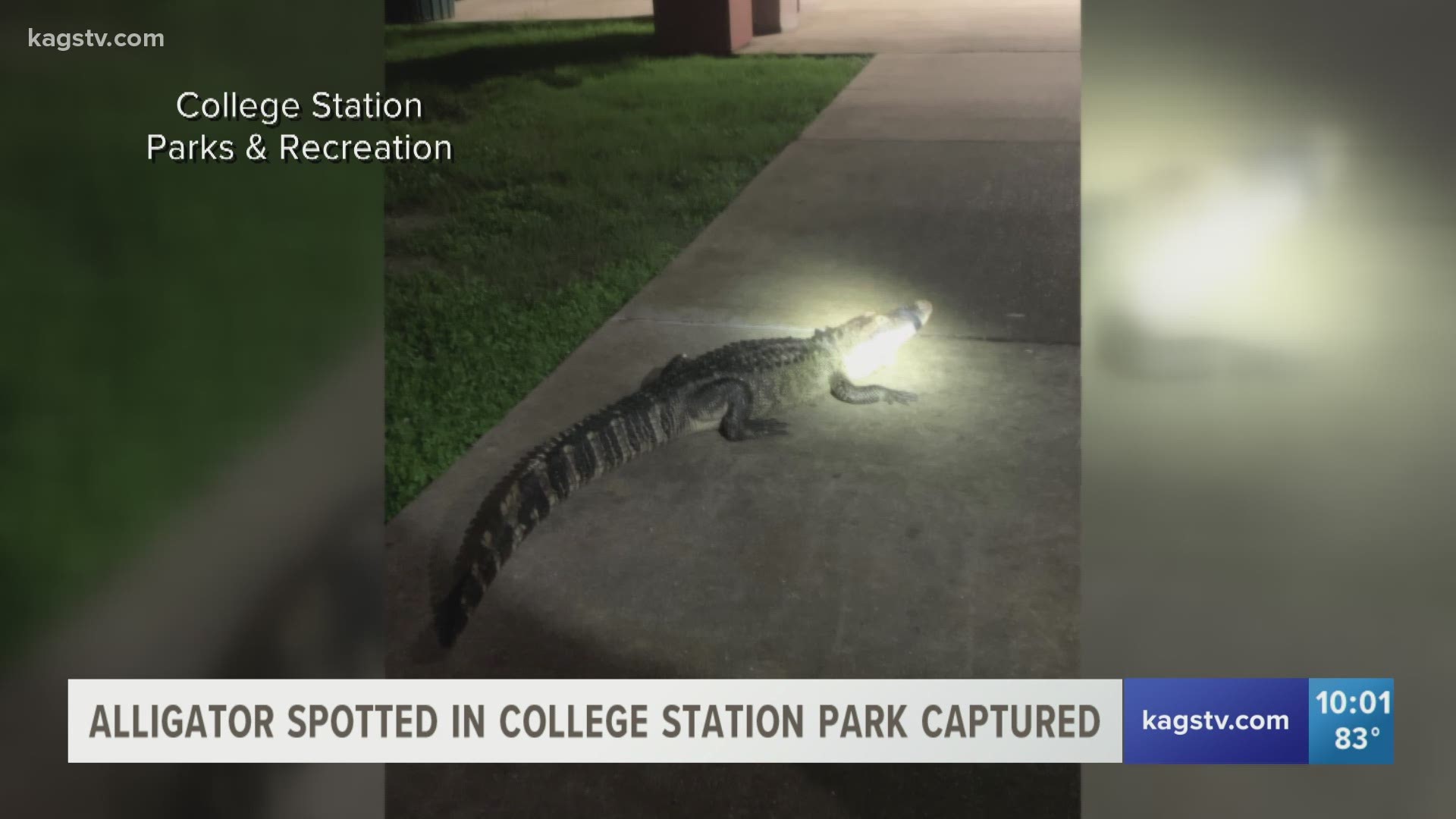 COLLEGE STATION, Texas — While the gator didn't harm anyone, Department staff said it can't stay in the park.

“We got the call late Sunday evening,” Wright said, “The call to action was early Monday morning and we contacted Texas Parks and Wildlife they then contacted the game warden.”

The certified nuisance control officer said he was able to capture it because of this and take it to its new home.

“Because as you can imagine there is a lot of paperwork to safely capture and relocate,” Wright said, “These are professionals as I stressed the other day, he came out and did his job, it really went smoother than what we had anticipated.”

Tonight on @KAGSnews find out how @CityofCS’s Parks & Recreation Department worked with professionals to move this 6ft 10in reptile! pic.twitter.com/S3TIBgYgc0

Wright said based on her size, they knew this wasn’t an alligator raised by someone in their home.

“This was an alligator who likely worked her way up, with all the different rains we’ve had recently, they can work their way up to the creeks and the streams.”

For her safety, the location of her release is not being shared with the public.

Wright said to protect the gator, he isn't authorized to release the information on where the reptile was relocated.