The officer was the first responder on the scene and helped people get out of the building. One person has been arrested in the case. 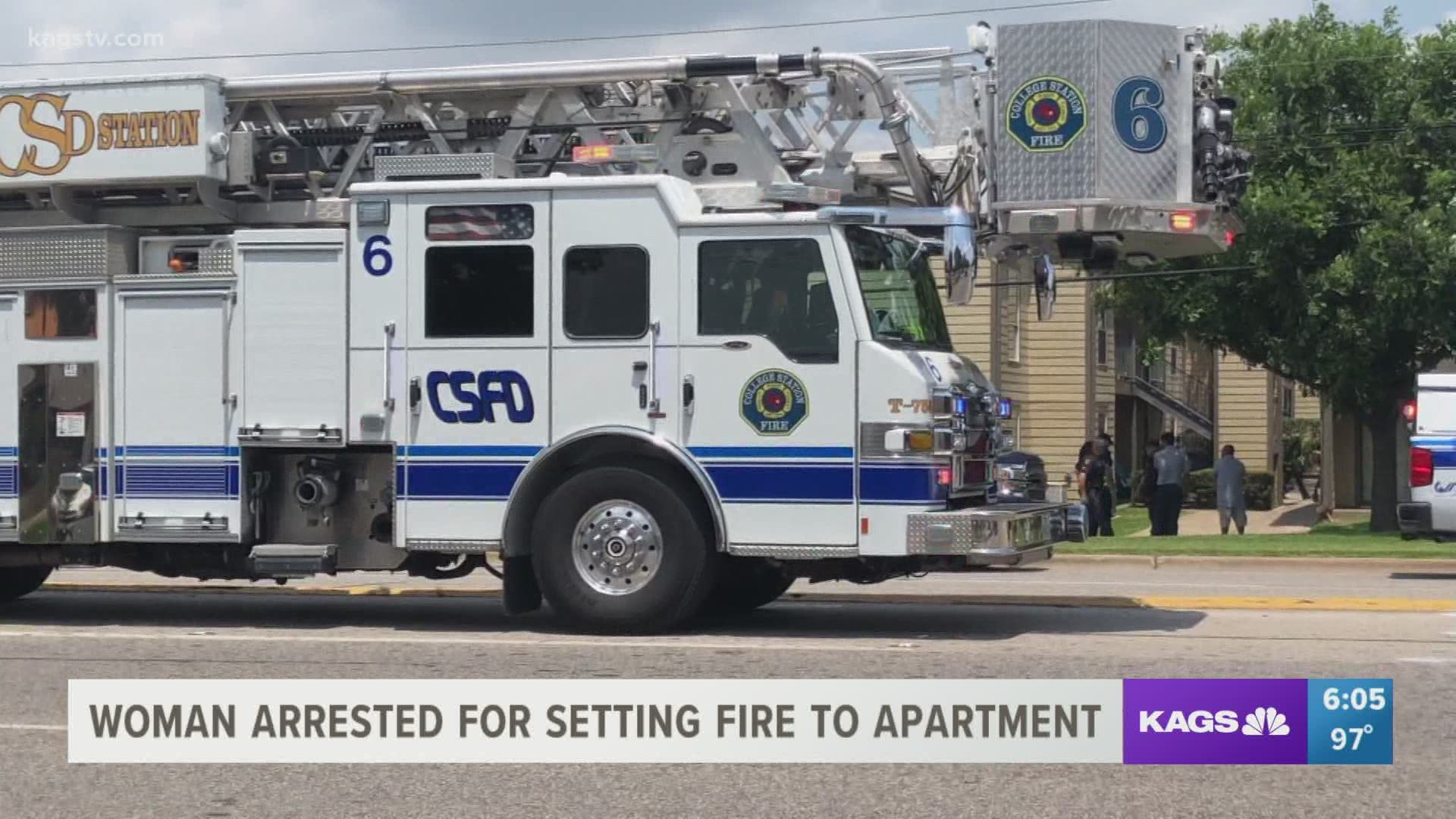 COLLEGE STATION, Texas — A small fire at the Sausalito Apartments on Harvey Road is bringing bigger headlines in the following days.

The fire happened Wednesday just after noon. The apartment is located on the 1000 block of Harvey Road in College Station. Shortly after the call for help went out, Officer Harper, with the College Station Police Department, was on the scene. He immediately ran into the building, helping people get out. He didn't forget about man's best friend. He helped people make sure their pets were also safe from the flames.

When firefighters got to the scene, they said they could see smoke and flames on the outside of the building.

Fire investigators began questioning people at the scene. According to a probable cause statement issued Thursday, authorities arrested Laura Comstock, 33, of College Station. They said she told them she had started the fire. Investigators said the could not find any indication that the fire was an accident, according to the probable cause statement.

Credit: BRAZOS COUNTY JAIL
Laura Comstock, 33, of College Station, has been charged with arson after a fire at the Sausalito Apartments on June 9, 2021.

Comstock has been charged with arson. She is currently in the Brazos County Jail on $10,000 bond.

Authorities said no one was hurt in the fire, but there are people who are not able to return to their apartments at this time. Why Comstock set the fire has not yet been released. Her next court date has not yet been set.