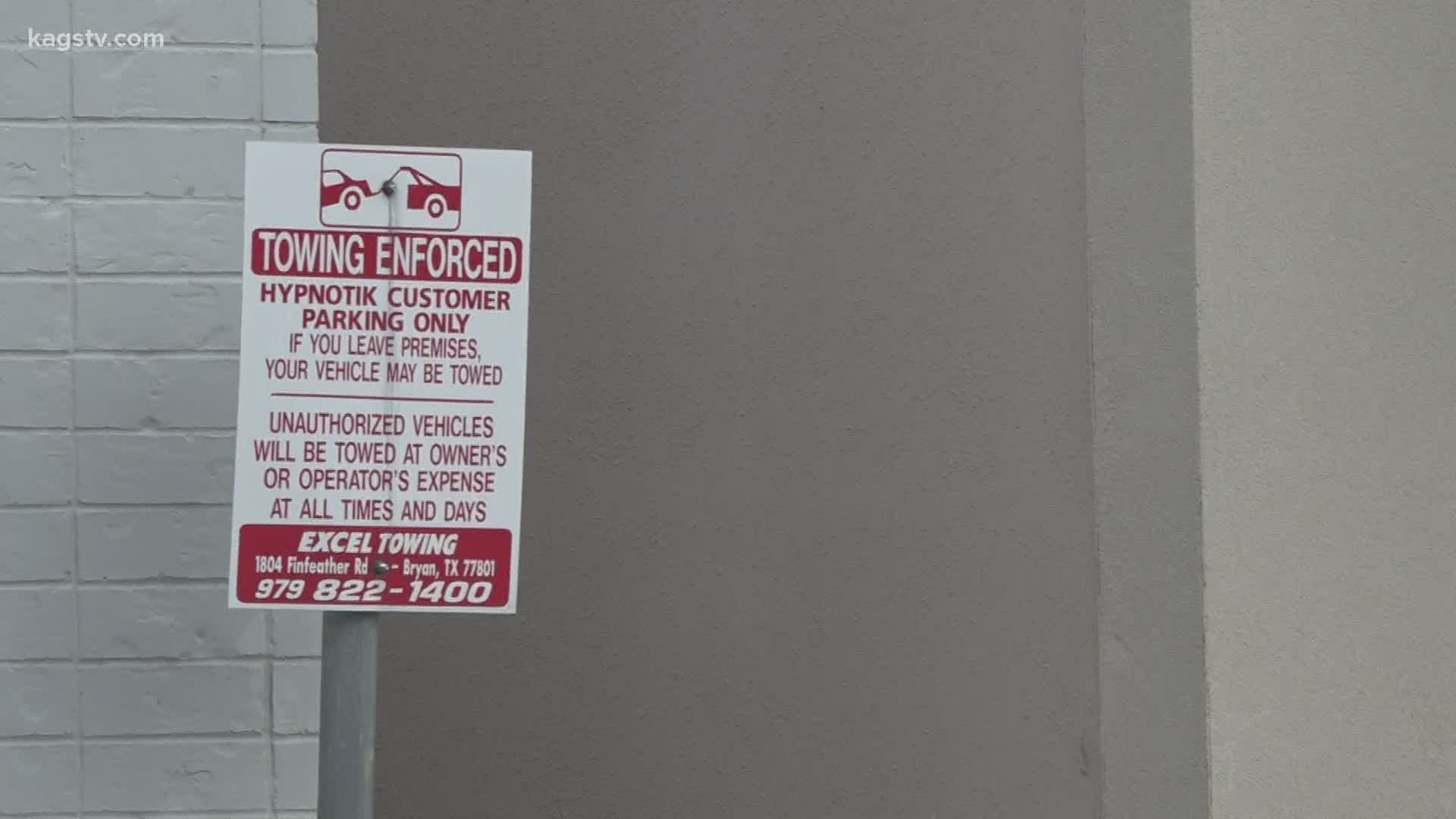 James Aron Black has been arrested Thursday afternoon, according to the College Station Police Department.

UPDATE: This suspect was arrested this afternoon. Thank you!

The College Station Police Department is asking for your help in finding a man they have identified as a person of interest in a string of business burglaries in the community.

James Black, 47, of Navasota, is wanted for two counts of burglary of a building. He stands about 5'7" and weighs about 280 pounds.

Dr. Russel or ‘Rusty’ Bacak’s business, Abundant Life Family Practice, was one of the 10 burglarized over Sunday night.

"It feels annoying and frustrating," he said.

"You just feel kind of violated in some ways, someone just breaking in like that.”

Dr. Bacak went to his practice right away to meet with police early in the morning and found out the person involved damaged the door and stole the bit of cash kept there.

Luckily, those were both fixable situations, and no one was hurt.

He said police used the video from his practice, and now, he just hopes the person involved is held accountable.

“That’d be my message. Just obviously, just make smart choices, because this is just a waste of time and effort, and it’s harming.”

If you have any information, please contact the College Station Police Department at 979-764-3600. You can remain anonymous. You can also submit tips online through Crime Stoppers or you can call 979-775-TIPS.

We will update you with more information as it becomes available.

Mr. Black, who stands about 5’7” tall and weighs about 280 pounds, is wanted on warrants related to two of yesterday’s reported building burglaries. pic.twitter.com/vTe52wT8g7