For these seven sprinters, the track is basically their second home. They're not just Brazos Valley fast; some of the athletes are ranked nationally. 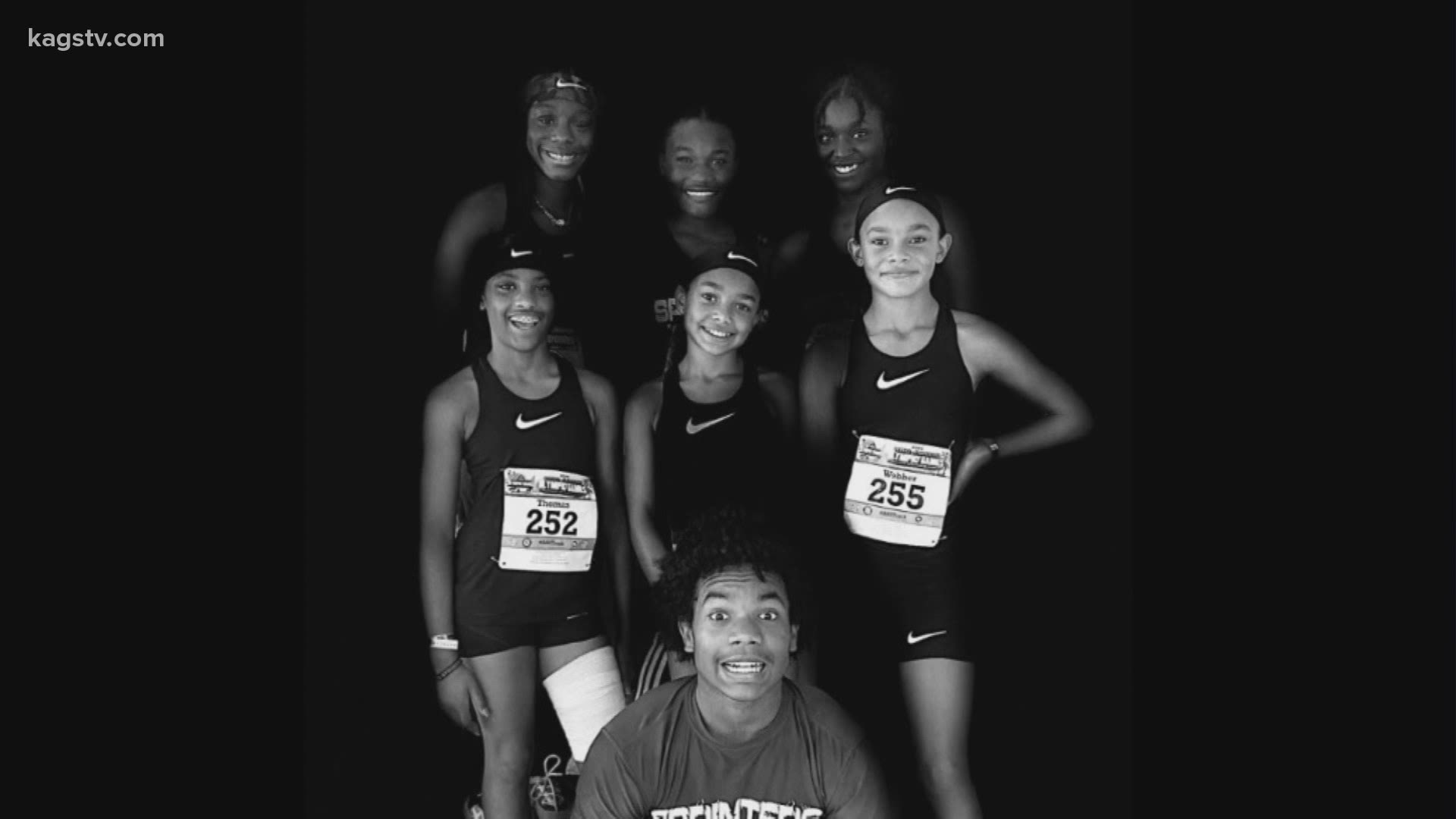 COLLEGE STATION, Texas — Even in the heat and even during the pandemic, the hustle never stops for Junior Olympians in College Station. Seven young runners represented the Brazos Valley August 7 - 9 in Florida to compete in the AAU Junior Olympics.

For these seven sprinters, the track is basically their second home. They're not just Brazos Valley fast; some of the athletes are ranked nationally. Gold medalist Elnita Green ran the 100 meter dash in 12.5 seconds. Nyla and Natalie Webber finished in that race third and fourth.

These Junior Olympians aren't showing any signs of slowing down and they've got the hardware to prove it ... 12 times over. Dakota Johnson, Ke'ziah Thomas, A'rhyana Taylor and Tanasha Thompson also earned medals.

“Since we are from Texas, there weren’t a lot of representatives from Texas competing in Florida so it felt really good to come," Elnita said. "Just competing with a lot of other athletes that are on a more competitive level and so it makes you feel good about yourself."

1 / 5
COLLEGE STATION SPRINTERS
Seven athletes from the College Station Sprinters earned 12 medals at the 2020 AAU Junior Olympics in Florida. Some of the athletes are ranked nationally.

This group of runners has been practicing together for about a year. The pandemic did not put a pause on their training.

Although running is an individual sport, bringing this success back home is a group effort.

“Definitely want to give a good shout-out and thank you to Coach Keith," Elnita's mom said. "He and his wife put together this fabulous team. They’ve been together for 20 years, the sprinters has been in the area. If it wasn’t for those coaches, this whole dream would be nothing."

As the school year begins, these sprinters look forward to training for indoor season. The College Station Sprinters said when it comes to their futures, they want to continue running, whether it be becoming a coach, running at the collegiate level, or making it into the Olympics.

We'll try to keep up with this talented group if we can catch them!