Quinasha Thompson is charged with two counts of aggravated assault with a deadly weapon. 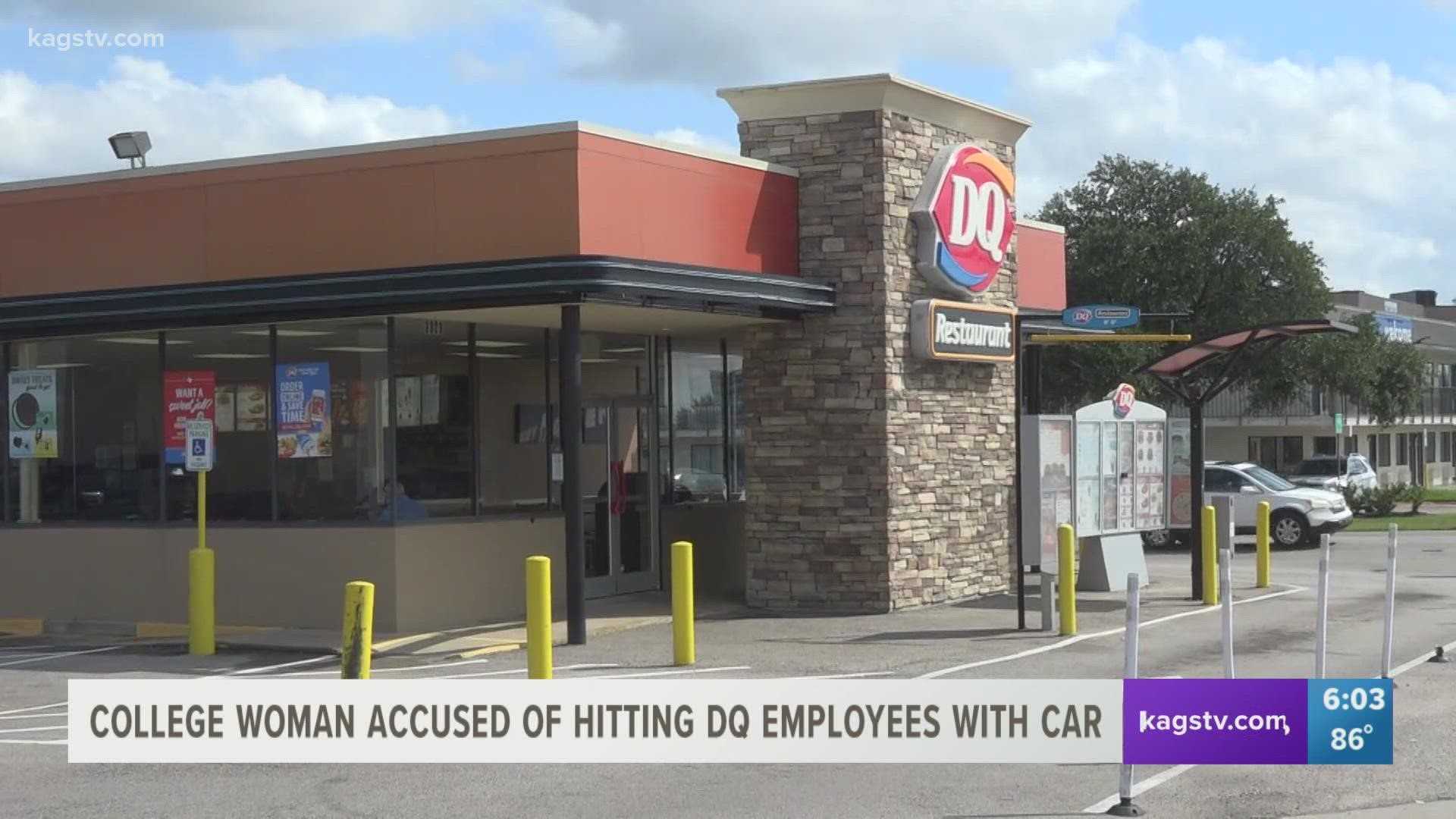 COLLEGE STATION, Texas — A College Station woman has been arrested after she allegedly became angry over a "watery" Dairy Queen Blizzard.

Quinasha Thompson, 28, is charged with two counts of aggravated assault with a deadly weapon.

It happened October 19 just after 11:30 p.m. at the Dairy Queen restaurant on the 2300 block of Texas Avenue South. Officers got to the scene after employees of the restaurant said a woman, later identified as Thompson, became angry about her ice cream and hit them with her car.

According to a probable cause statement, the employees told police they offered Thompson a refund but needed her signature on the credit card receipt. However, Thompson allegedly began yelling at them, then drove through the drive thru and when the two employees went to the front of the store to try to take a photo of Thompson's license plate, they said Thompson drove up and over the concrete block and hit them in the legs. The employees allegedly told police they were afraid for their lives.

ALSO ON KAGSTV.COM: 'Get out, get out!': 21 Astros fans survive after plane headed to ALCS crashes, burns near Houston

Police said after talking with Thompson, she told them she ordered the Blizzard, but was upset because it was "watery." She told police she wanted a refund or a new Blizzard. She told police when she said this, the employees began laughing at her and "making fun of her."

Thompson is currently in the Brazos County Jail. Her bond has not yet been set.