The possible delay comes after concerns over the handling of allegations of racism and homophobia within the department.

AUSTIN, Texas — It could be a while before the Austin Police Department hires more officers.

On Thursday, the city council will vote whether to delay next year's cadet classes. But after a vote Monday afternoon, the Public Safety Commission hopes the council will reconsider delaying the classes entirely.

The possible delays come after allegations of racism and homophobia against the top level of APD. Those allegations include a former assistant chief allegedly using the N-word on multiple occasions.

"The fact that it overwhelmingly strikes many folks of color in this community as no surprise that people high up in the police department are engaging in this sort of behavior or harbor these sorts of thoughts or maybe using this sort of language is awful," Commissioner Chris Harris said at Monday's Public Safety Commission meeting.

At the center of the debate was the future of APD's cadet classes.

"We need to make sure that we aren't bringing in officers that are racist and homophobic," Commissioner Daniela Nunez said.

The city council wants to delay the cadet classes scheduled for 2020 until it has a better understanding of what cadets are taught. The audit would be part of a department-wide series of investigations into "which forms of bigotry and discrimination are present in the protocols, practices and behaviors of the officers of the Austin Police Department," according to a draft resolution.

But safety advocates said a delay is detrimental, especially with 170 department vacancies.

Others did not agree and thought the impact of the delay was overstated.

"I think putting brakes on to evaluate things is what is called for," Commissioner Rebecca Webber said.

Ultimately, most commissioners voted in favor of recommending the February class go on as scheduled. But they are open to delaying the class in June.

According to a draft city council resolution, if approved, the cadet classes would be delayed until September 2020, at the latest.

An audit into the academy's training protocols and procedures is expected to be completed by June 1.

It's up to city council members on Thursday to make the final decision whether to delay these new cadet classes.

You can read the draft resolution city council members will discuss below: 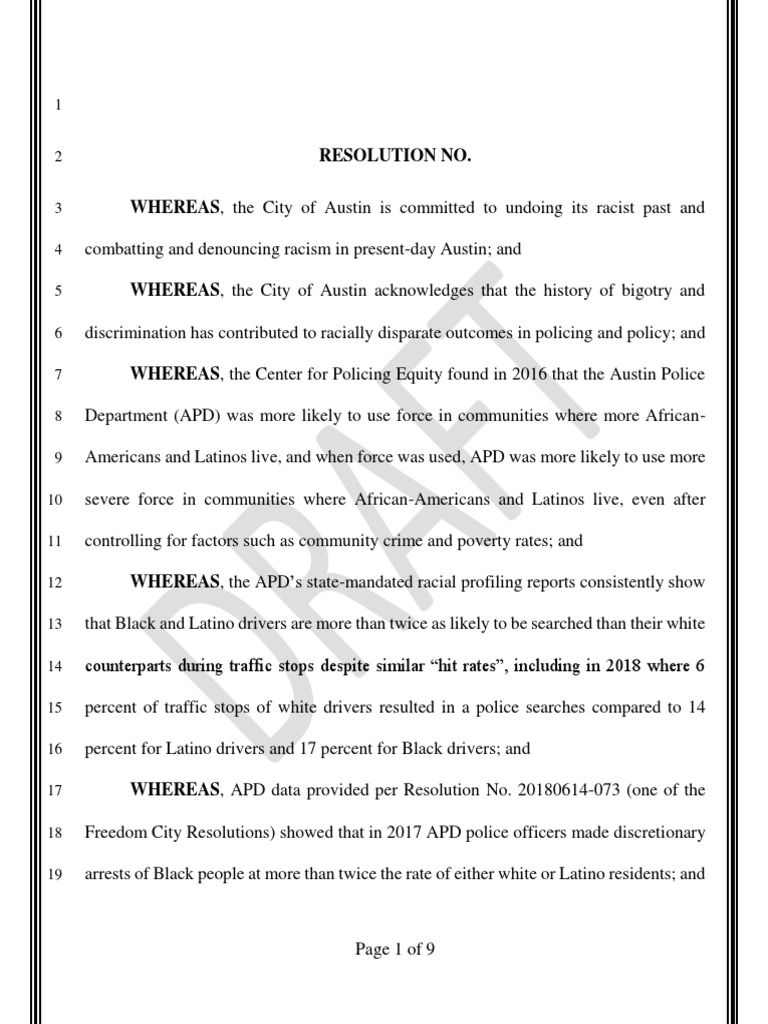 Which bowl game will the Texas Longhorns go to?