The five-mile underground tunnel is expected to provide “100-year flood protection” for nearly 2,200 commercial and residential properties, according to the City. 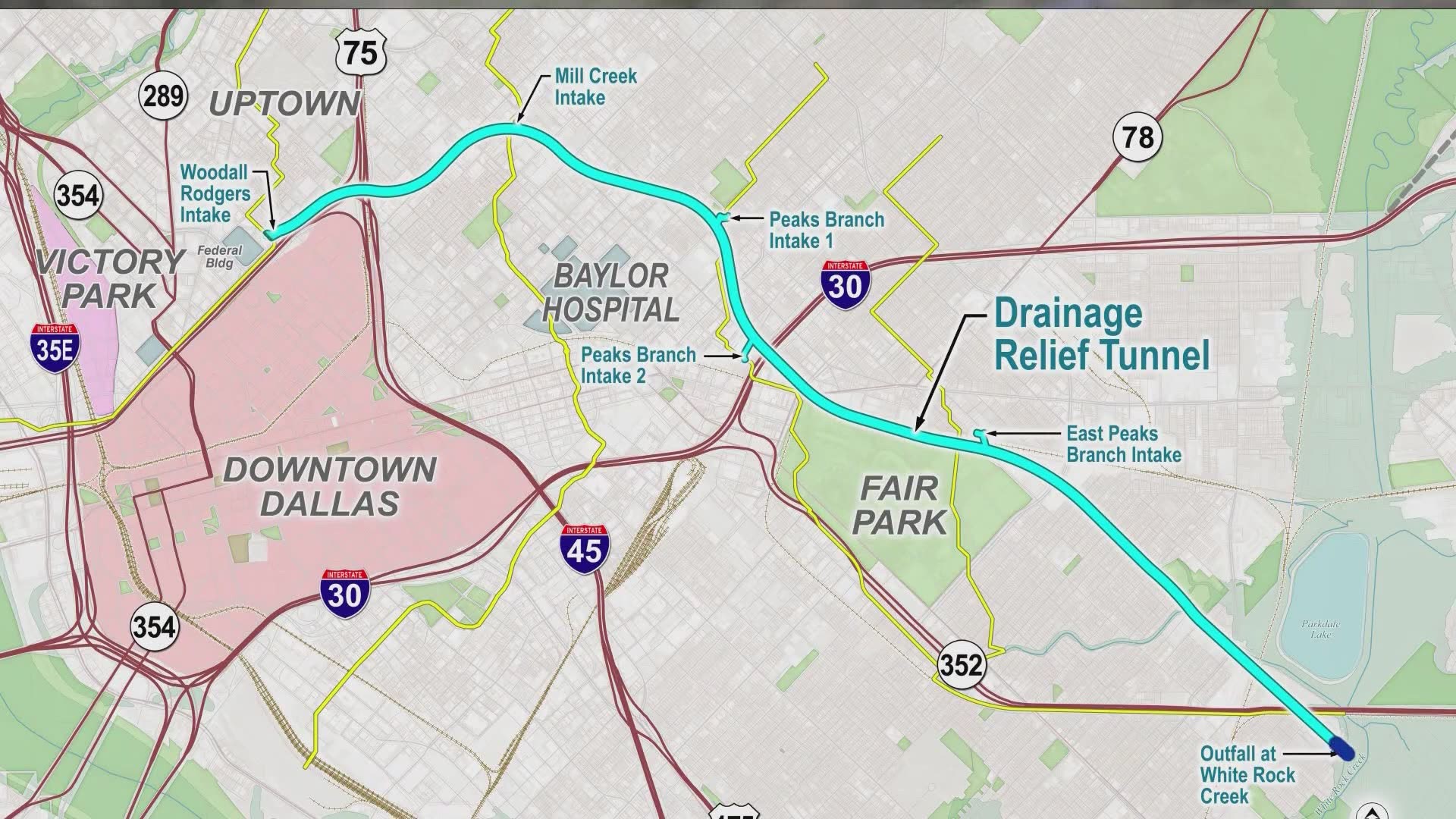 DALLAS — With all the recent rain and extremely wet forecast, we’ve been seeing, we wanted to get an update on the Mill Creek Drainage Relief Tunnel.

The five-mile underground tunnel is expected to provide “100-year flood protection” for nearly 2,200 commercial and residential properties, according to the City of Dallas.

“It will reduce flooding in the State Thomas (neighborhood), in the Baylor Hospital area, around Fair Park, and then some of East Dallas,” said project manager Milton Brooks.

History and research have shown these areas are prone to flooding, said Brooks.

The tunnel is some 150 feet below the ground. The project was paid for with bond money and is still expected to be completed in 2023. But our recent rainy weather certainly doesn’t help.

“Just like any other construction project, when it rains, our work sites kind of turn into mud. It does slow us down,” said Brooks.

To build the tunnel, there are several ongoing construction sites across the city, including one near the intersection of San Jacinto Street and N Haskell Avenue.

“This part of Dallas is almost completely urbanized so the runoff is different. The rainfall may be approximately the same, (but) it gathers differently. It acts differently because now it's falling on mostly hard surfaces like concrete, house tops. It doesn't soak into the ground like it would have 100 years ago,” Brooks said. “These systems that were built are now undersized, we would say, for today's standards.”

This tunnel system will eventually carry water to the Trinity, Standifer said.

If you see water on the road, please don’t drive through it. Instead, report any flooded streets and neighborhoods online or by calling 311, said Standifer.