Traffic is being blocked near William D. Fitch and Stone Forest. 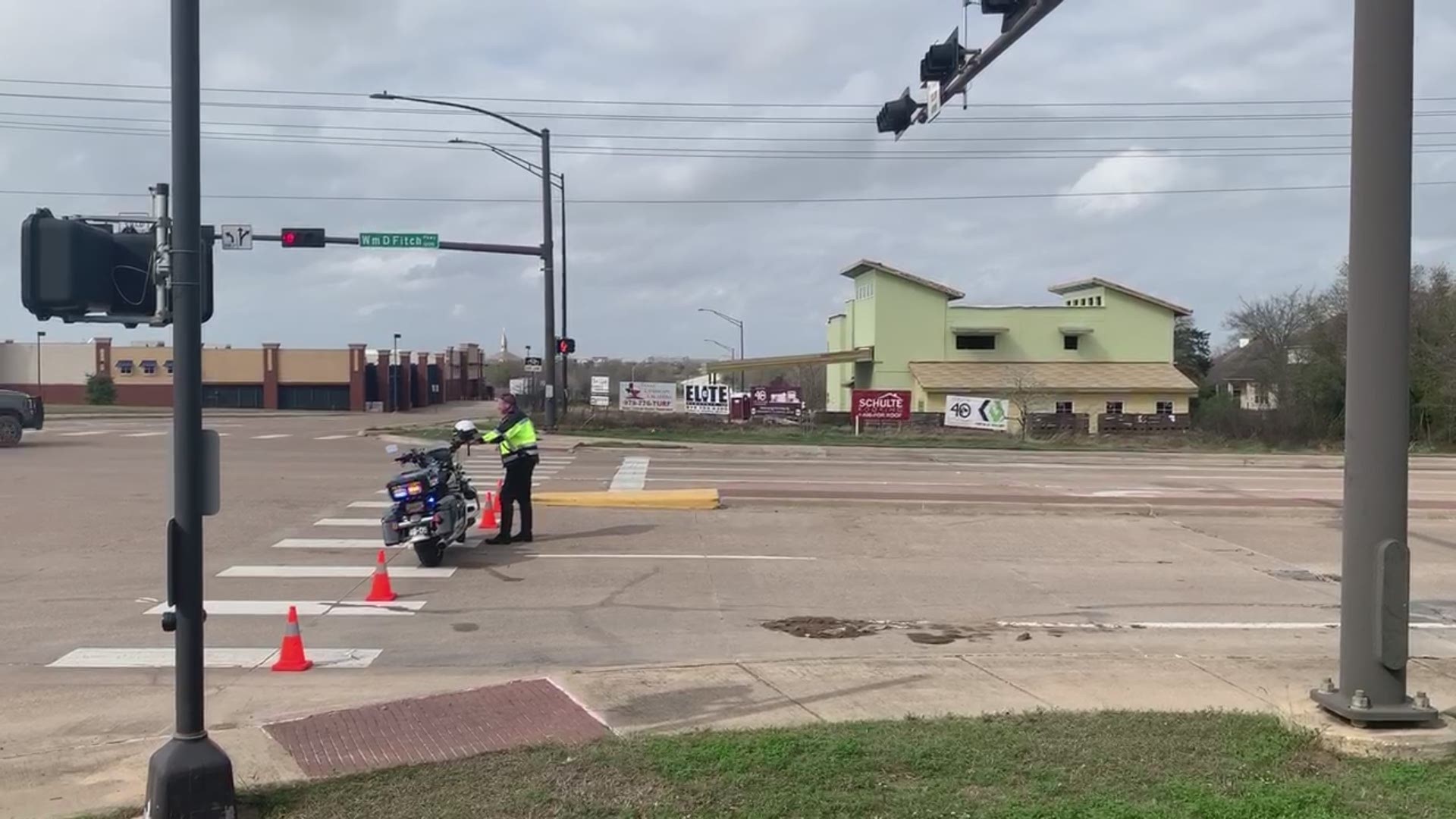 COLLEGE STATION, Texas — UPDATE: According to College Station Police, William D. Fitch / SH 40 has one lane closed in the area of Stone Forest, all other roads are now reopened.

Traffic is being blocked off near William D. Fitch and Stone Forest.

Stone Forest - Fitch (SH 40) is blocked between Lakeway and Pebble Creek. Vehicles in Spring Meadows will not be able to exit the neighborhood until the leak is stopped, which is an estimated 2-3 hours.

Atmos is on the scene working to stop the leak. 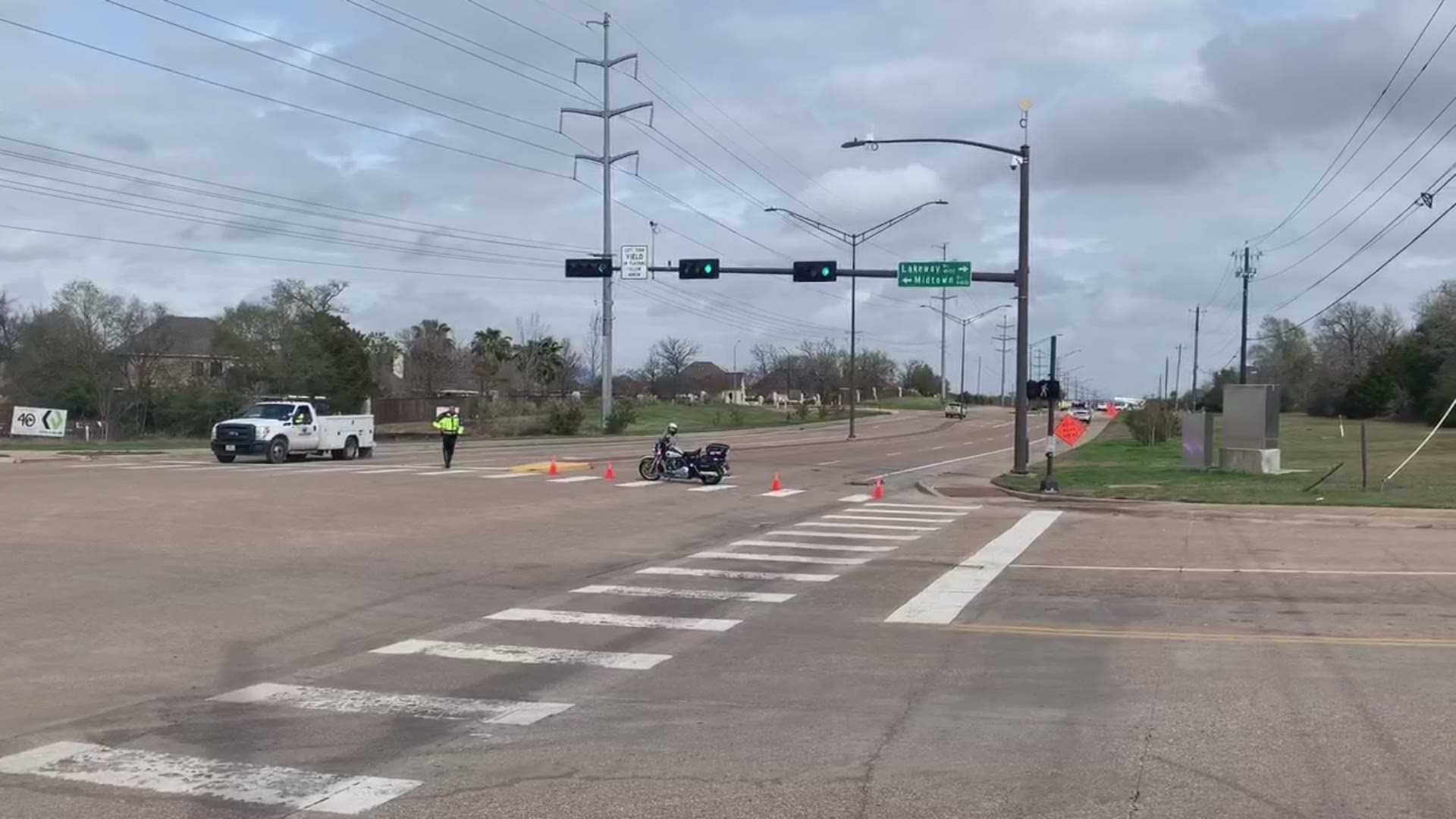 RELATED: After the storm | Tornado, high winds cause damage across the Brazos Valley, Texas