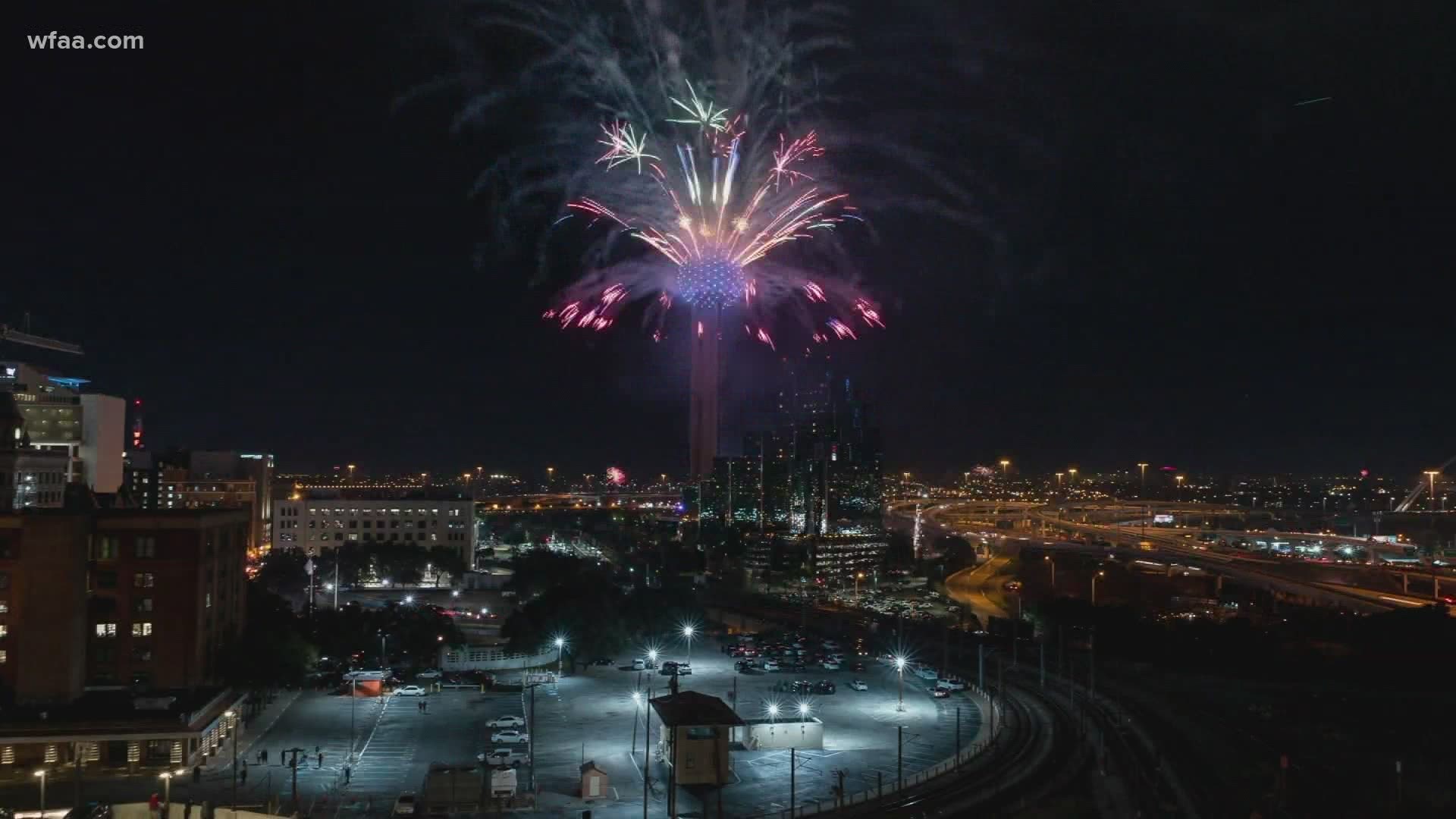 This New Year's will look different in many ways, and the Dallas Police Department hopes that residents will also subside the use of illegal fireworks and celebratory gunfire. It's a big problem every New Year's Eve.

“Leave it to the professionals,” police leaders said.

The police department will partner with the fire department like they have done on previous Independence Days and New Year's days to patrol areas around the city. Inspectors will be riding out on patrol divisions and taking enforcement action for illegal fireworks and random gunfire.

A fireworks show is set for Reunion Tower. Gathering will not be allowed near the ball due to the pandemic.

The police department's communications division has re-hired dispatchers and brought in additional call-takers for New Year's Eve as has been traditionally done, police said.

Setting off illegal fireworks yourself could lead to injuries to the face, hands, third-degree burns and more severe injuries. The area is also dry, so fireworks could cause a brush fire.

It’s illegal to set off fireworks, and a person could face a fine of up to $2,000 and jail time.

It’s also illegal to discharge a firearm within the city limits of Dallas. People could be injured because "what comes up, must come down," police said. That could lead to a class A misdemeanor and up to $400 fine or a year in jail.

If you see something, call 911, the department said.