Dancing through a diagnosis: A patient's journey in physical therapy

One local woman is using her passion in a different way, helping her through a major diagnosis. 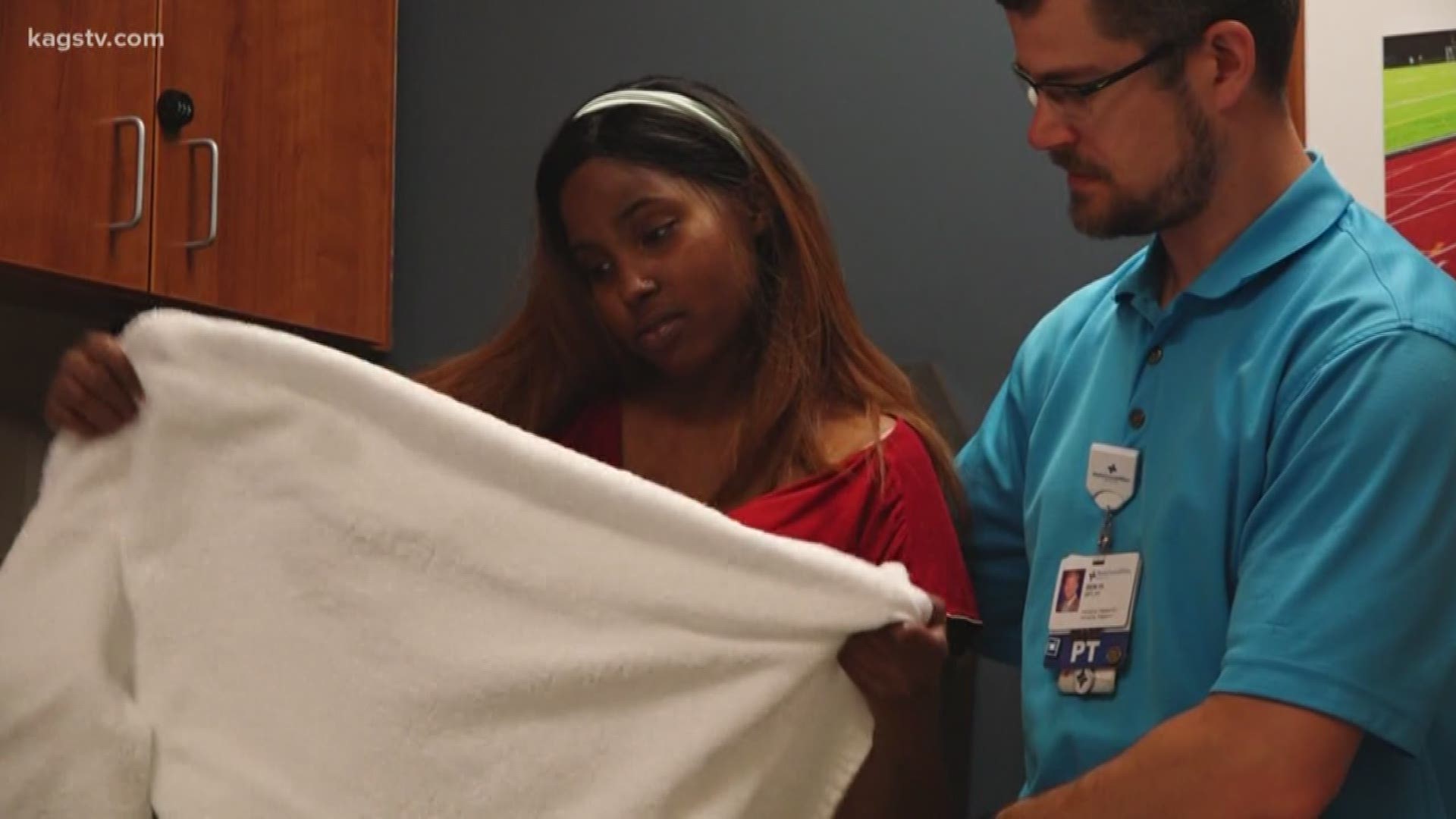 COLLEGE STATION, Texas — Most everyone has a passion.

For Eliesa Key, her's is dancing. Growing up her dad was a DJ, so she was always around music.

"Anytime we have patients working on what they truly love to do as part of their strengthening, we find they wake up," said Benjamin White, a physical therapist at Baylor Scott & White.

Eliesa has been seeing White for almost a year, working on strengthening exercises like folding a towel and wiping cabinets. And while these may seem like basic skills to be learning, for Eliesa, it's so much more.

At age 5, she was diagnosed with a pediatric brain tumor. As a result, she lost movement in half of her body. Doctors had to go in and remove the tumors.

"They left one so I wouldn't be paralyzed," Eliesa said.

Now, over 15 years later, she's gone through radiation and chemotherapy. But, to no avail.

"The cancer is still there," she said.

So, inside the physical therapy room, she dances -- step by step. Re-learning how to put one foot in front of the other and regain her strength.

"She in her mind thinks she's just dancing, but I'm having her put her head in a certain position, or her foot in place," White said.

And for more than just physical strength -- for emotional strength as well.

"I have my ups and downs," Eliesa said. "But, I just keep pushing through."

"I've seen her be more joyful in the midst of a lot of struggles," White added.

Eliesa said that she hopes others who may be in a similar situation will share her same mindset.

"You can fight your battle just like me," she said.