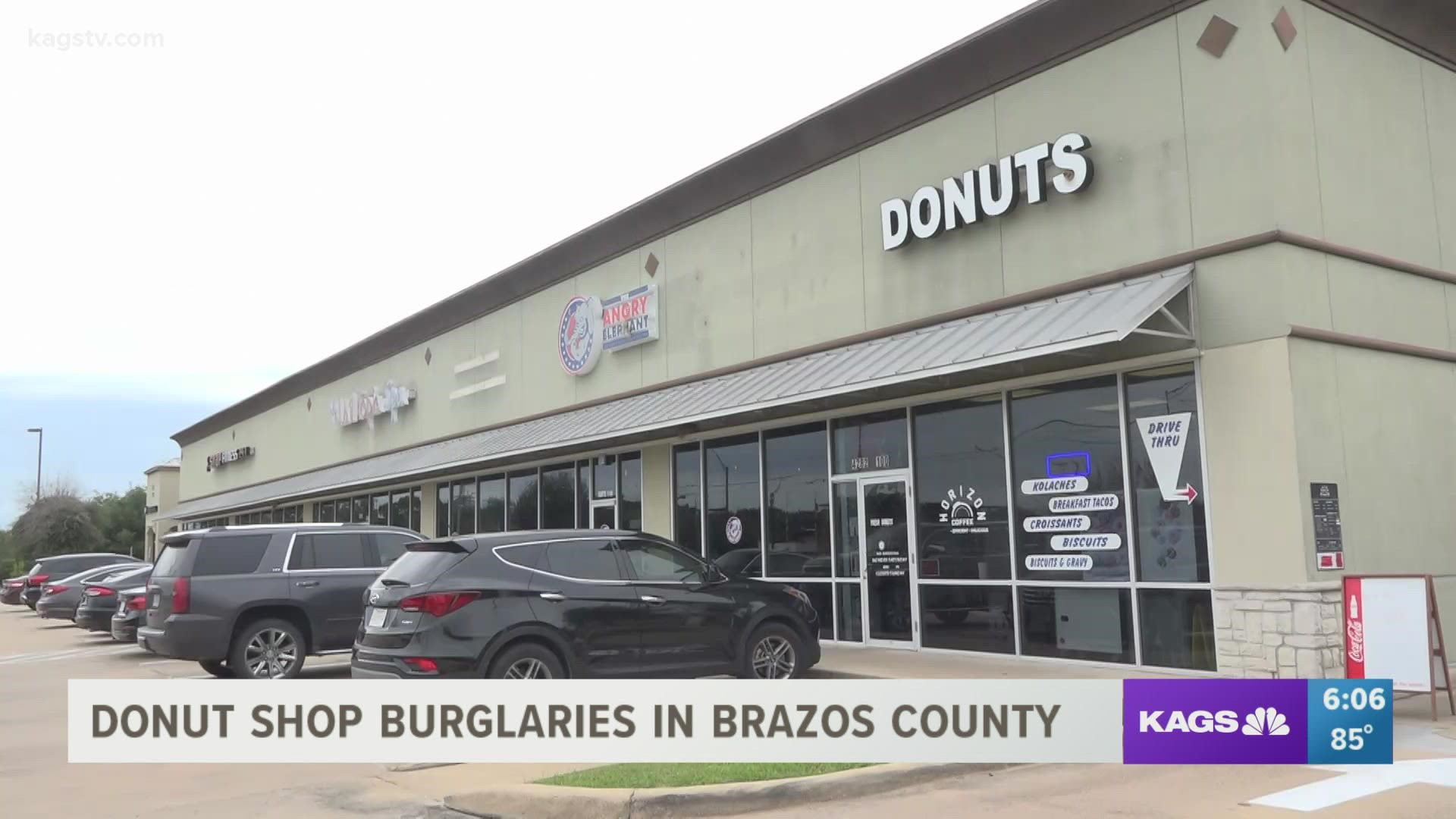 BRAZOS COUNTY, Texas — On Monday, several donut shops in Brazos County experienced burglaries in their early morning hours. Fresh Donuts was just one of those shops that were broken into.

Bryan Ly, the son of the owners of Fresh Donuts, says that his dad was there when the burglary happened at their shop.

“Dad sticks his head around the corner, sees some guy dangling with half his body through the window trying to get to the register— dad scares him off, the guy [takes] off and that’s the best I know,”  Ly said.

The Bryan Police Department arrived quickly after the burglary and issued KAGS the following statement.

“The Bryan Police Department had one report of a donut shop burglary this morning. The incident occurred at Fresh Donuts, 4282 Boonville Road #100. An unknown suspect broke the drive-thru window," Kole Taylor, BPD Public Information Officer said. "The suspect saw an employee inside and ran away. Nothing was taken. We don’t have anything further at this time.”

Ly said that some of the unknowns include what was used to break the window and why donut shops were the target? Questions that remain unanswered for now.