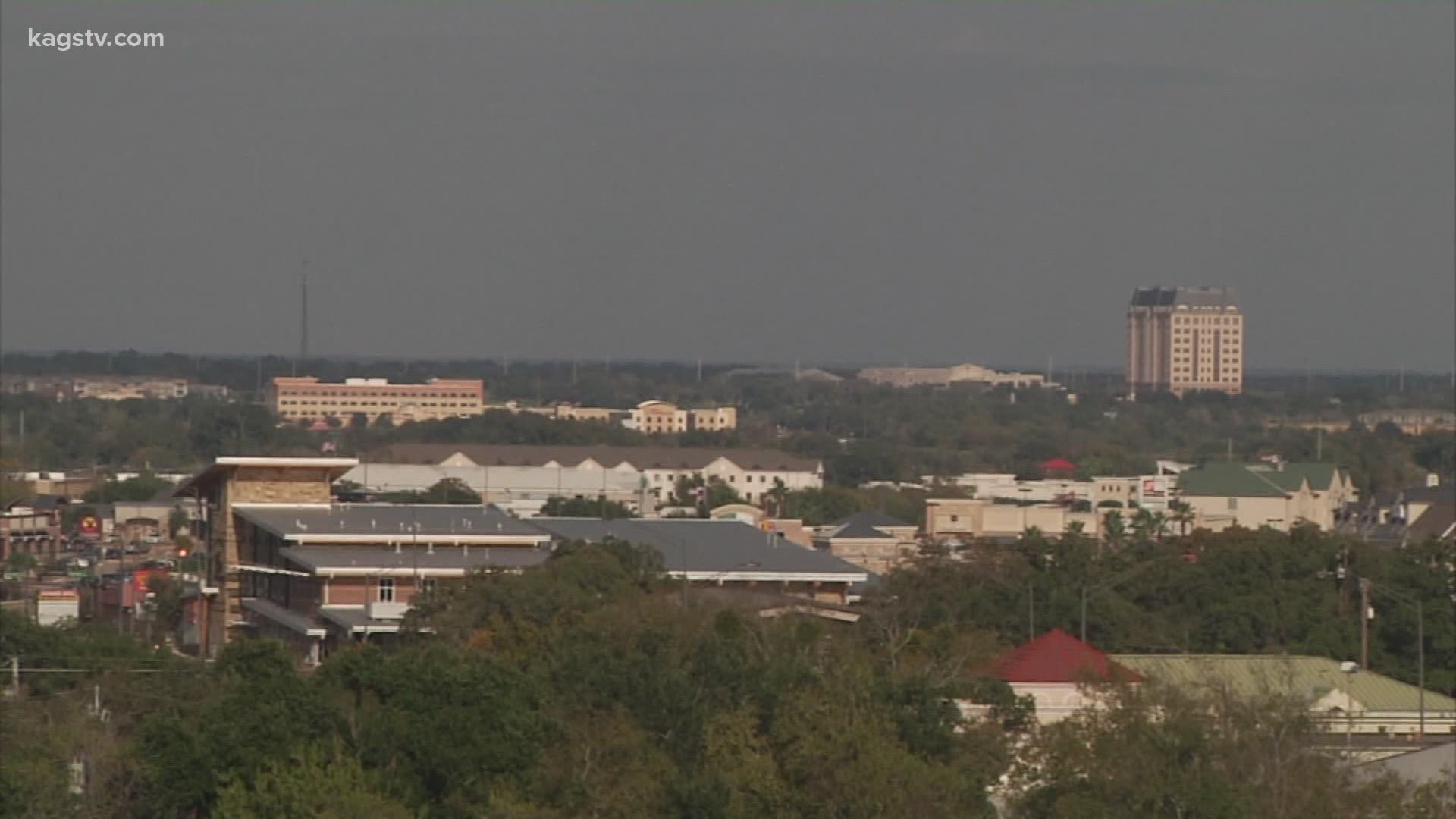 BRYAN, Texas — A lower unemployment rate, fewer unemployment claims and more growth in the business cycle index are some of the positive trends in the October Economic Indicators of the College Station-Bryan MSA (Metropolitan Statistical Area).

The unemployment claims go hand-in-hand with the unemployment rate for the area which has fallen to 4.3 percent. The latest numbers are for August 2020. This is a one percent drop compared to July's 5.3 percent.

“We’re less than half of the peak unemployment rate from April. On the other hand, we’re still one and half times higher than we were in February," said Dr. Dennis Jansen, the director of the Private Enterprise Research Center for Texas A&M.

Unemployment claims nationally and across the state have also dropped.

Pending housing sales for 2020 around this time are up compared to that of 2019. Local single-family building permits and permit values for the first eight months of 2020 are up relative to the same period in 2019.

“Job creation is continuing to rise, which means that new families, individuals and singles are moving into our community," said Matt Prochaska, the president and CEO of the Brazos Valley Economic Research Development Corporation. “Which means hopefully more sales tax and a positive indicator for the economy all the way around.”

With factors from unemployment, nonfarm employment, taxable sales and quarterly aggregated wages, the College Station-Bryan Business Cycle Index increased to 3.5 percent from July to August. That is another major increase from that compared to 2.2 percent from June to July.

Although the area is seeing positive trends currently, looking at numbers compared to this time last year they aren’t great.

“We’ve had a great recovery, but the recovery needs to continue," Jansen said. "We’re not back to where we were yet.”

However, experts said it is still extraordinary to see how fast B/CS has been able to bounce back following the economic disruption caused by the pandemic earlier this year.