'Everyone is hurting': Organizer says Lancaster Restaurant Week is a way to help local eateries

Whether it's spending $10, buying a gift card, or ordering an appetizer and drinks, some customers believe a little goes a long way to protect local restaurants. 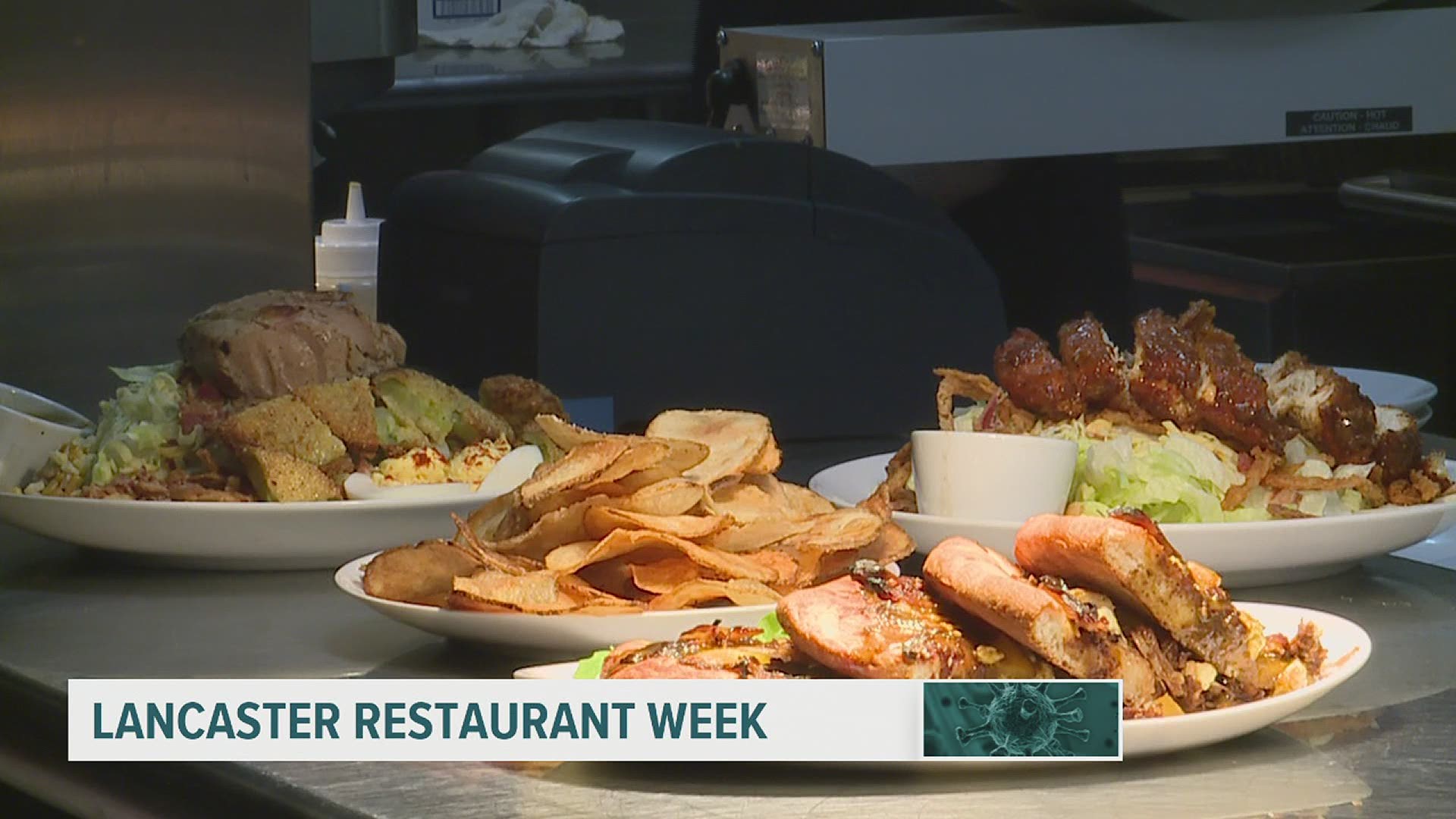 LANCASTER, Pa. — Restaurant workers are gearing up for when they can allow more customers inside.

Right now, under current orders, they are limited to 25%.

Under the new rule, they must stop serving alcohol at 10 p.m., and restaurants can still only serve adult beverages with meals.

Until then, some restaurant owners in Lancaster are encouraging people to take part in its annual restaurant week. 'Lancaster Restaurant Week' is 11 days long, instead of 7, and organizers say many more restaurants are taking part this year. Organizers say the event is crucial to many of the participating eateries.

"I think everyone is hurting," said Chris Trendler, the founder of Lancaster Restaurant Week. "Everyone is hoping to just break even. I don't think anyone's safe right now."

Trendler says Decades in Lancaster is no exception. He is also the general manager of the bowling alley, arcade, and restaurant.

"We typically offer specials, deals to attract new customers. This time around, it's more of asking general public to support restaurants in this time of dire need for them," explained Trendler.

At Decades, bowlers are hoping for a strike; meanwhile, restaurant owners participating in this year's restaurant week are hoping customers can spare some change. One patron believes just $10 can make a difference.

"It's still helping them. It's still keeping someone employed," said Charley Esbenshade of Manheim Township.

Esbenshade and her husband visited Decades because of Restaurant Week.

"Our entree, you get 2 for $22," explained Trendler. "It's a slight discount, but we're hoping it's attractive enough for people to come out and try us if we haven't been here."

A few blocks away, Imperial Restaurant may not have a three course menu deal for restaurant week this year, but General Manager Sam Wilsker says there are great menu options.

"We do offer a daily cut of the day, daily catch of the day," explained Wilsker.

Whether it's spending $10, buying a gift card, or ordering an appetizer and drinks, some customers believe a little goes a long way to protect the local owners.

"It's heartbreaking because they put everything they have into opening that business. I feel really bad for them," added Esbenshade.

People can choose from 50 restaurants this year, some which have not participated in the past.

Lancaster Restaurant Week runs through September 20. You can view all of the participating local eateries here.