Hunter Crane was just a regular student looking forward to her last few semesters of college when her life changed forever. 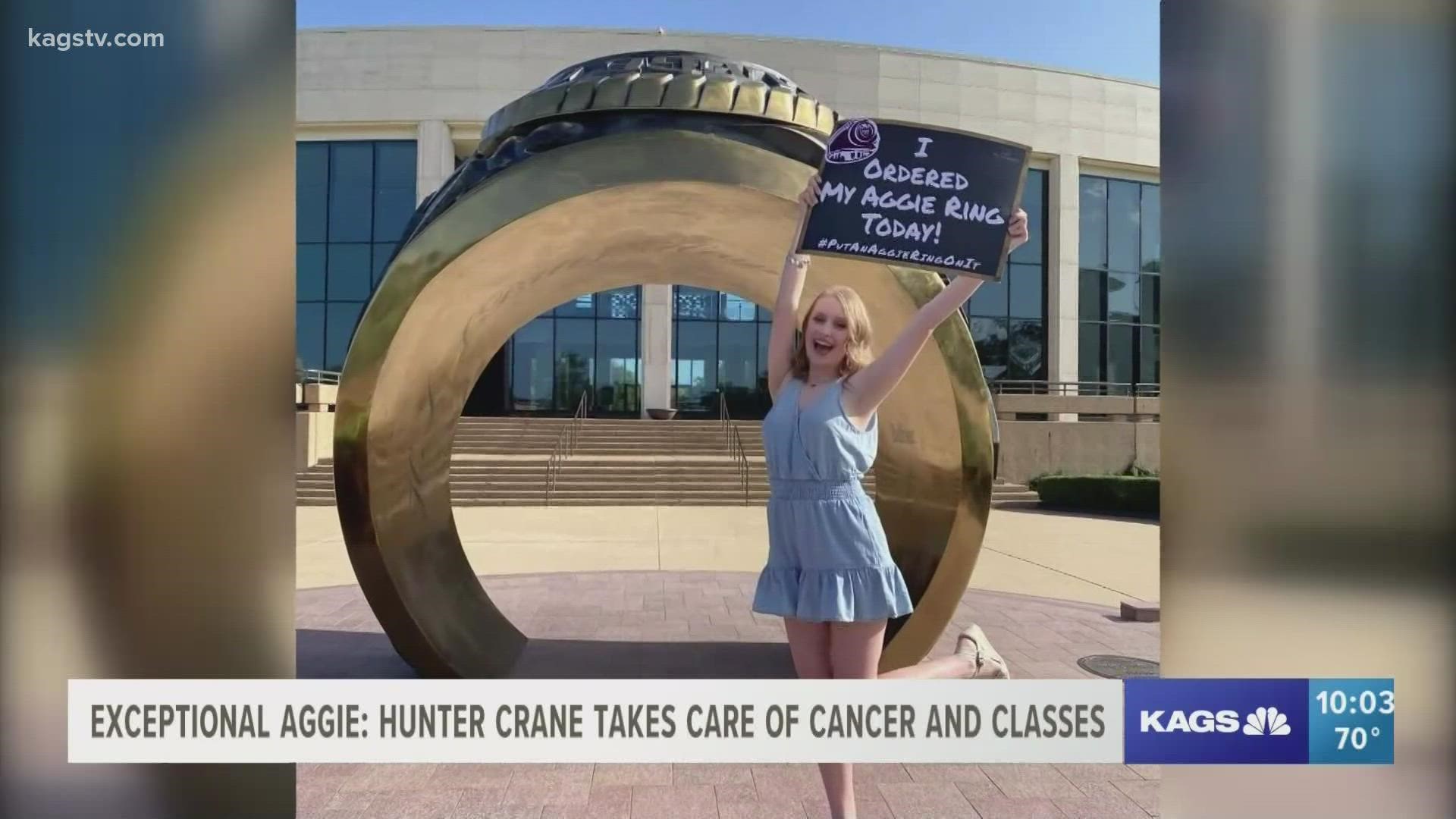 COLLEGE STATION, Texas — Despite all odds, Hunter Crane, Texas A&M Senior, got through her classes, and chemotherapy to earn her 'Aggie Gold.'

"In February I just started having some weird stomach cramps, and I was losing a lot of weight and not really exercising that much," Crane said. "So I went to the E.R. and they did a scan, and they found a mass in my colon."

After meeting with several more medical professionals Crane found out that she had colon cancer which started spreading spread to her liver.

Crane then went into chemotherapy for the next three months before taking a month off to prepare for surgery on her liver to remove the cancerous cells.

"Nobody should have to, I wouldn't wish it on anybody," Crane said. "It's really hard on a lot of days but you just have to keep going and see the bigger picture."

The bigger picture for Crane was receiving her Aggie Ring and graduating on time. Something that not even cancer would be able to stop her from achieving. So Crane spent this last summer taking a class while receiving chemo and having major surgery.

Took a little longer than planned, but I #btho 90 hours and cancer in the same semester 🤩🤩✨💍#aggiegold @TAMU pic.twitter.com/fTWDZHMmDB

Just this week Crane received her Aggie Ring and put it on for the first time with help from her aunt, a Texas A&M alum and breast cancer survivor.

Crane thanks all the people that reached out and supported her through her journey this year, as well as the professors at Texas A&M for being so understanding.