Exceptional Aggies: How The Retro Project is skyrocketing possibilities for student engineers 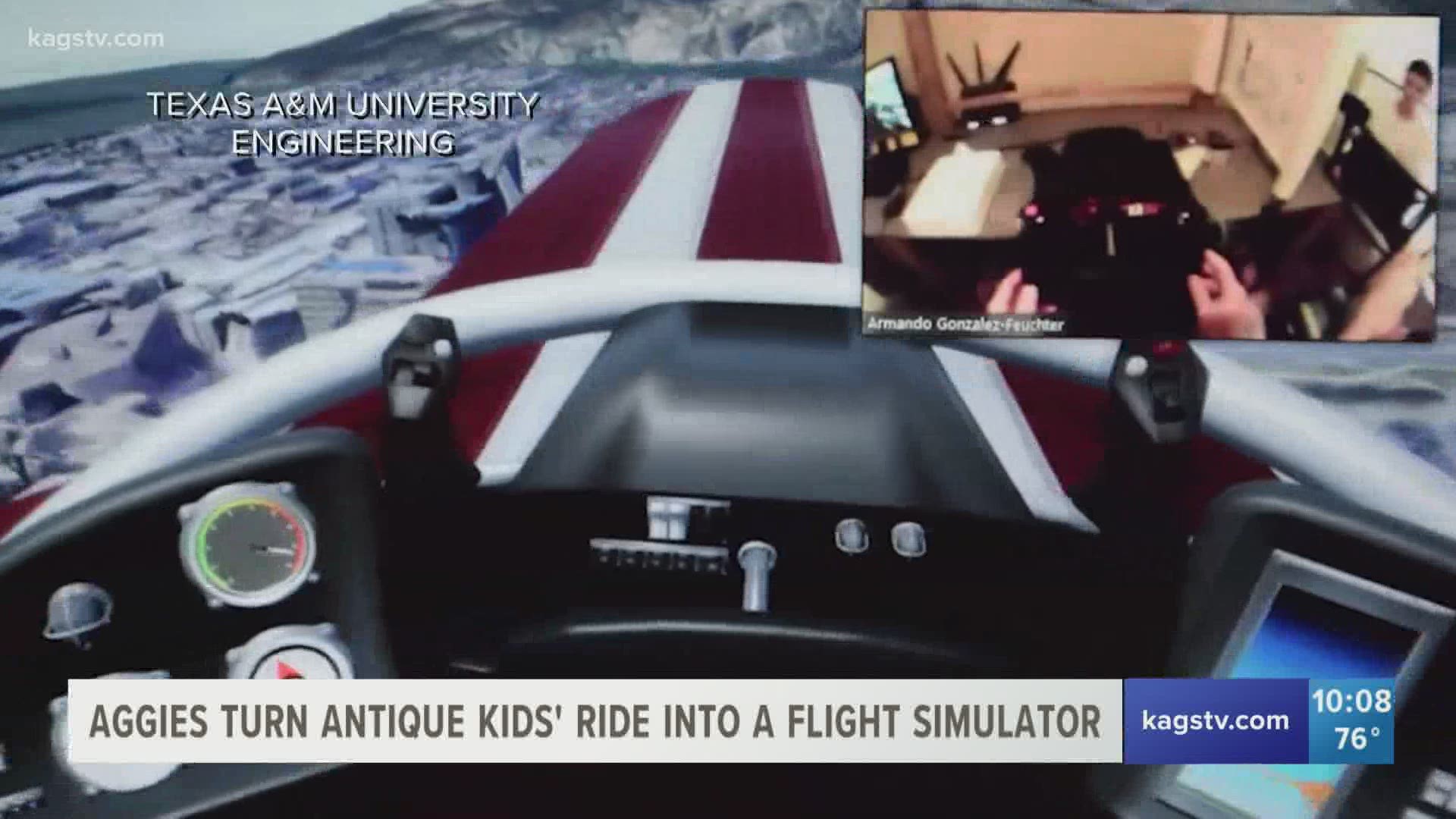 COLLEGE STATION, Texas — In fall 2019, a group of eleven exceptional aggies took on a project that some would say is impossible. Today, The Retro Rocket project is still ongoing and two Aggie students who played a part in its creation say this is just the beginning.

Thanks to the creativity and ingenuity of Texas A&M student engineers, a 1950’s carnival kids ride was turned into a high-tech virtual flight simulator— all during the middle of a global pandemic.

Project member Renee Woodruff said the first few months were hard because they couldn’t meet up in person, but over winter break they began making necessary purchases to enhance their project.

Woodruff said, after that, they hit the ground running.

“That was where most of the development went, time-wise,” Woodruff said.

Woodruff said the coolest item they were able to purchase was a yoke simulator.

Basically, a yoke is a pilot’s steering wheel…woodruff says it’s cool because you then don’t need V-R controllers.

“You can actually steer it, push up and pull down and that will control it that way,” Woodruff said.

11 exceptional #Aggies have been working to transform a 1950s carnival ride into a high-tech virtual reality flight simulator. 🚀

Tune in to @KAGSnews at 10pm to hear from two of the project members on what it was like to help with this incredible project!

Project member Hannah Lehman said the hardest part for her was understanding all the safety regulations involved in making a virtual reality system.

“I learned a lot about how we have to integrate this with human factors, rather than just oh let’s get a physical model to fly correctly, you know because we needed something kids could work with too,” Lehman said.

Lehman said for all the young engineer-hopefuls watching this, be sure to know that the world of STEM is filled with possibilities.

“When I first came to A&M I had no clue I could build a kid ride with my aerospace degree,” Lehman said.

Lehman said she loves, that with her degree, she still uses everything she learned in school and not many people can say that.

“It’s just so unique. There are so many opportunities for you to get involved with stem and innovating stuff in so many different fields and there are so many ways to apply the things you’ve learned,” Lehman said.

A&M professor and advisor for The Retro Rocket Dr. Darren Hartl said he is incredibly proud of his students and wants to thank Eric Schulte, owner of the historic Hullabaloo Diner in College Station for donating the carnival ride.