Authorities said the crash happened just before midnight on October 11. 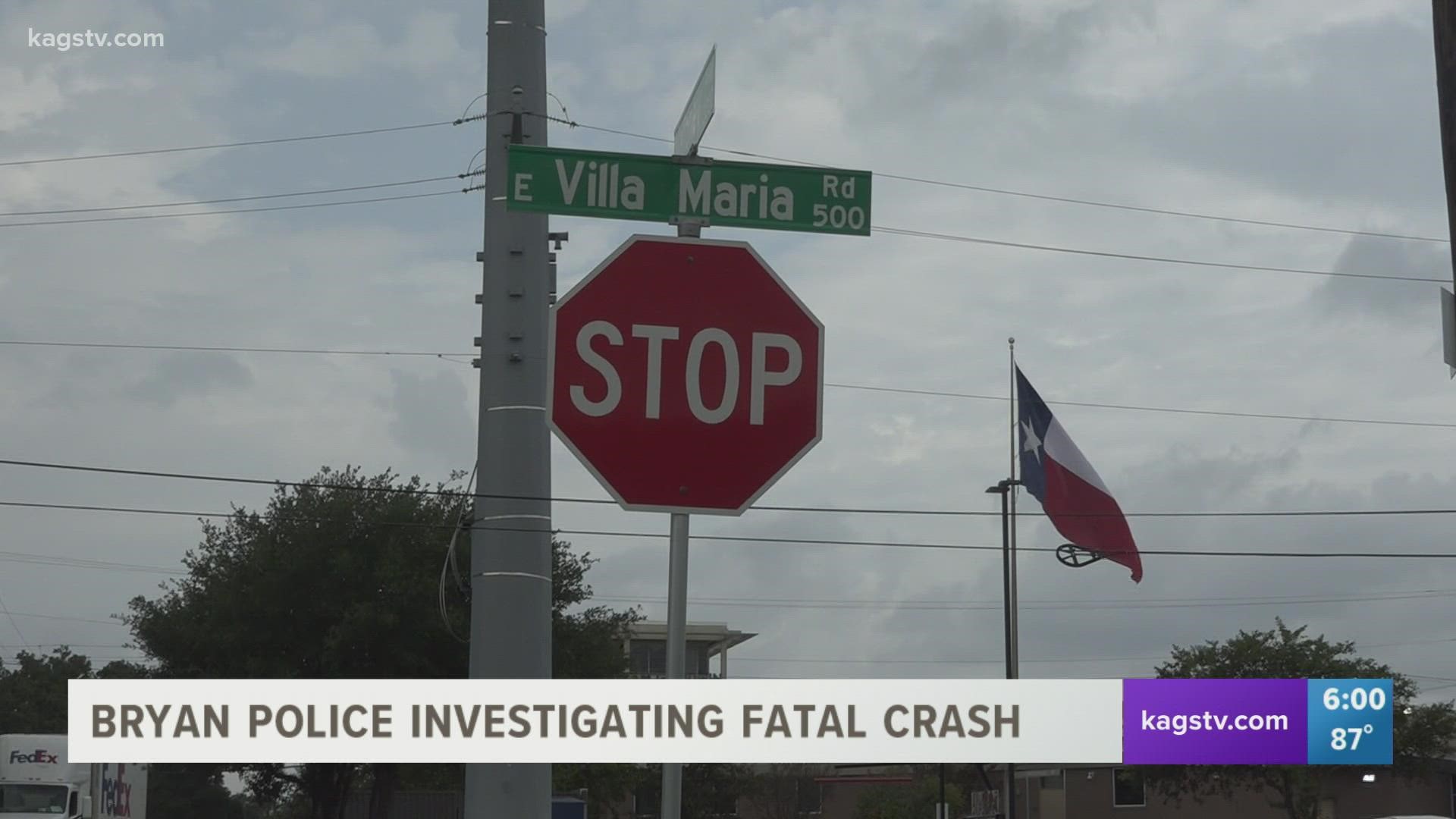 BRYAN, Texas — The Bryan Police Department has identified a woman who was killed in a car crash on East Villa Maria Road Monday.

Alexandra Gutierrez, 28, of Bryan, died at the scene of the crash. Bryan police officers said she was a passenger who was thrown from the vehicle.

The crash happened Monday, October 11, just before midnight in the 500 block of East Villa Maria Road. Police officers and first responders got to the scene and saw one vehicle that had crashed into a utility pole.

The driver of the vehicle was taken to the hospital and was listed in critical condition. Another passenger was also hurt in the crash but only suffered minor injuries, according to the Bryan Police Department.

The deceased passenger has been identified as Alexandra Gutierrez, 28-year-old, of Bryan.

The driver remains in the hospital in critical condition.

The other passenger has been released from the hospital.

That passenger has been released from the hospital.

The cause of the crash and what happened in the moments leading up to the crash have not been released.

The Bryan Police Department said the crash remains under investigation at this time.