Madison Country Sheriff’s Office is working with the Amber Alert Network of the Brazos Valley to identify the child's remains. 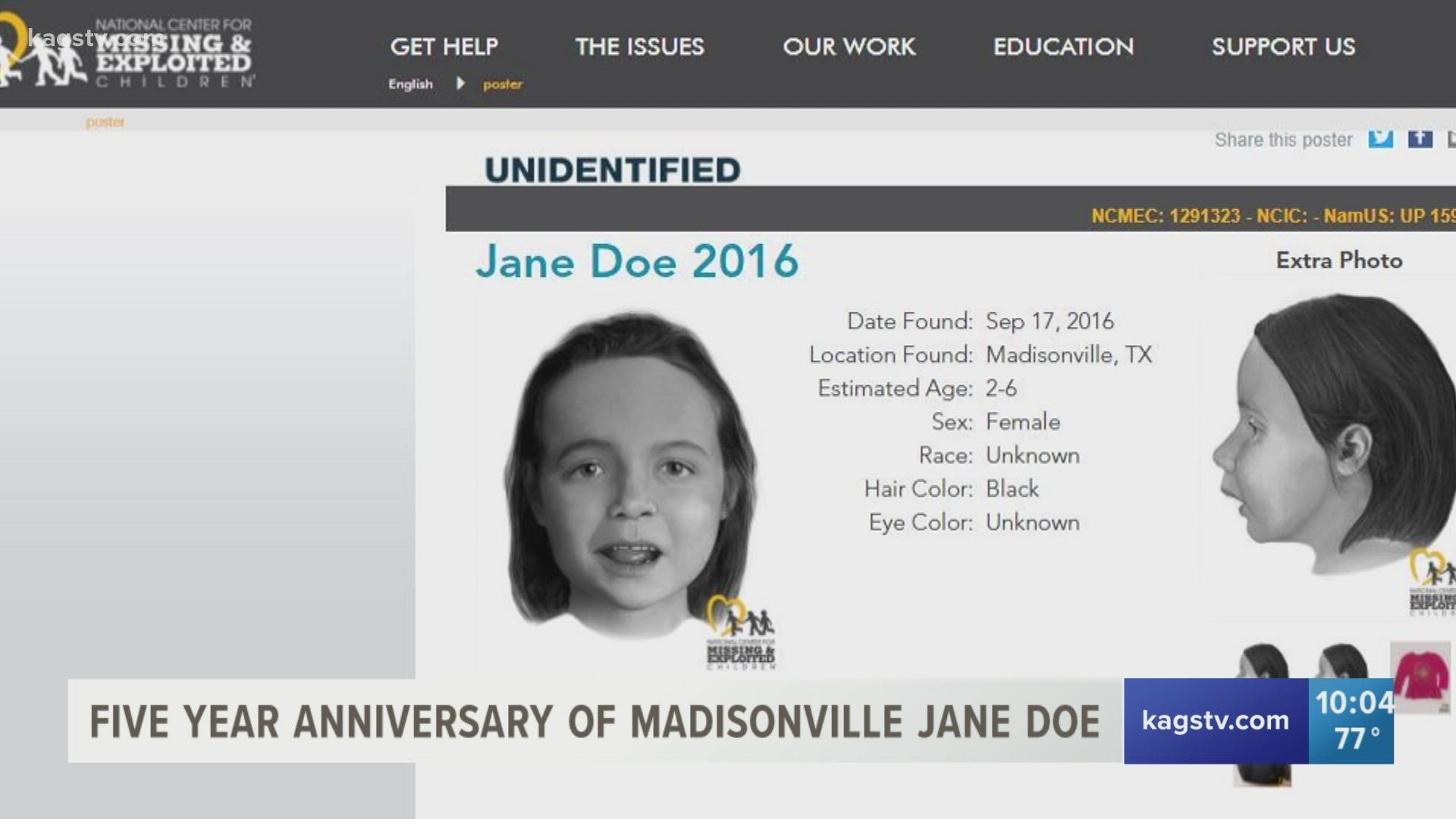 MADISONVILLE, Texas — Friday marks the fifth anniversary of the skeletal remains of a young girl being found in Madisonville and later being named the “Madisonville Jane Doe.”

The body was first discovered just adjacent to the west frontage road of I-45 on September 17, 2016.

Since then, investigators from the Madison County Sheriff’s Office have been working with the Amber Alert Network Brazos Valley to help identify the body.

Officials believe the girl was between two to six years old at the time of death and either being Caucasian or Hispanic with Native American lineage.

Baby #JaneDoe was found with a feeding tube found inside a suitcase in a pasture next to highway in Madisonville, Texas in 2016 https://t.co/7V0vQwq7ok

Chuck Fleeger, The Executive Director for the Amber Alert Network for Brazos Valley, said even though she was discovered five years ago, they still need help identifying Jane Doe.

“What we need people to do is take action and tell her story," Fleeger said, "It's going to come down to somebody saying, 'Hey, I think I know who that little girl was.' "

If you know anything that could help identify Jane Doe, please call the Madison County Sheriff's Office at 936-348-2755 or the Dallas County Medical Examiner Office at 214-920-5900.