The story behind the Texas A&M flags flying worldwide 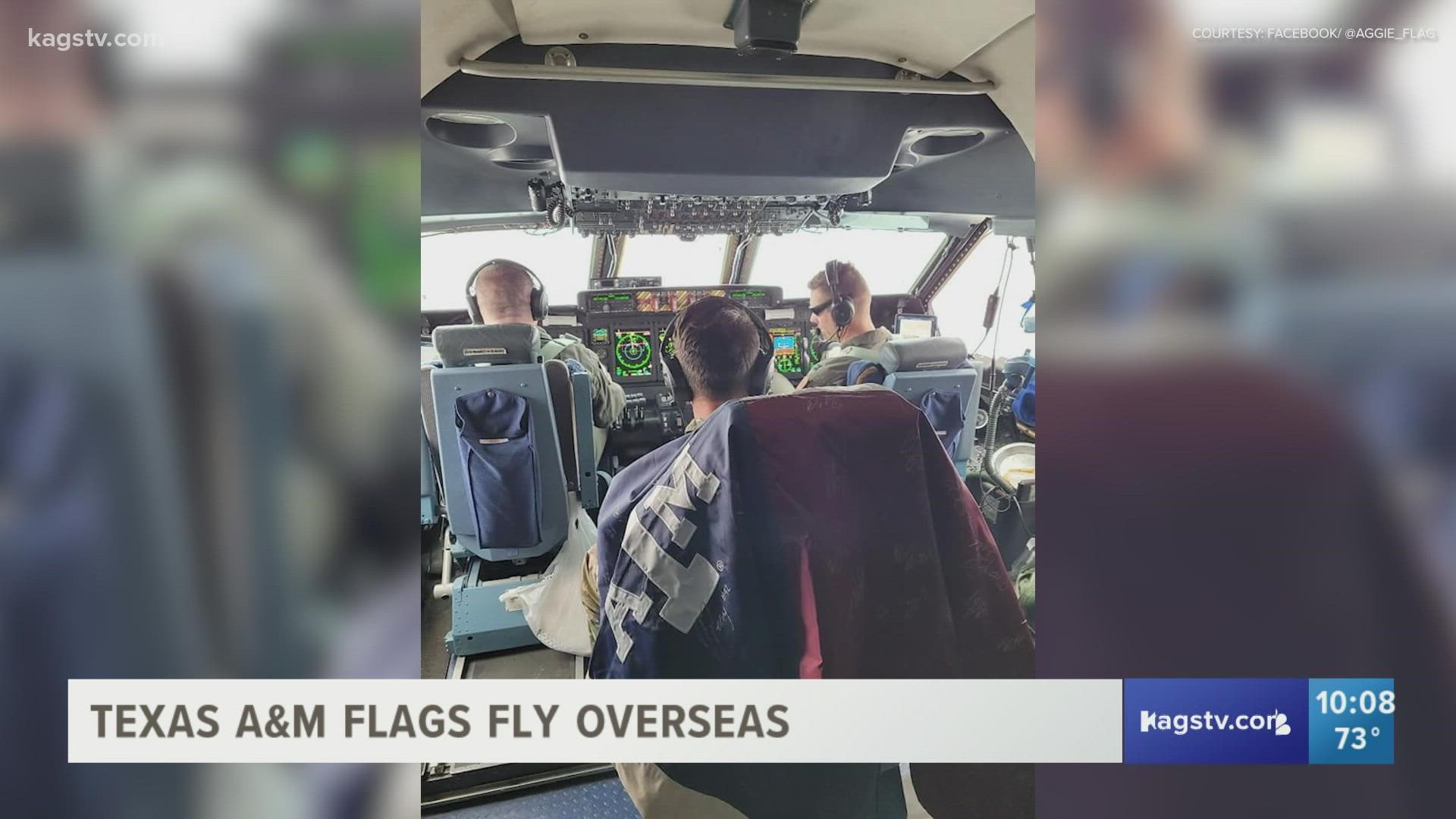 COLLEGE STATION, Texas — The Texas A&M Military Flag Initiative started back in 2014 to help boost the morale of those serving our country.

The initiative has notable people in the Aggie community sign flags to send a message to troops. The first flag to take flight was signed by former Texas A&M football coach Kevin Sumlin.

Mike Guidry, the president of the program, says that aggies overseas went crazy for the flag, and that was the beginning of the initiative that saved his life.

Guidry said, after coming back from deployment, he found out he was furloughed from his job and went through a state of depression as a result. He was in that mental state for six months until another Aggie overseas reached out asking for a new flag.

Coach Rob Childress, former A&M baseball coach, sent a signed flag to the Aggie troops. Guidry said the airman posted photos of his wingman in the back of the plane holding up the flag.

“That lifted me out of that depression,” Guidry said, “I was able to go and show this [the flag photos] to the Texas A&M Athletic Director.”

Guidry continued the initiative and developed a great relationship with the school’s athletic director. As a result, Guidry got past football, baseball and basketball teams to sign multiple flags to send to Aggies overseas.

Recently Guidry said he wants to start branching out from A&M sports teams. He has successfully done so by reaching out and receiving flags from the Houston Texans and Astros.

Guidry has many plans to expand Texas A&M Military Flag Initiative’s reach soon.  One of them was stopping by the KAGS studio, which happened Wednesday afternoon.

Guidry brought the latest A&M flag and a rare Eddie Van Halen guitar for the team to take a photo with. Bob French got the chance to play the guitar at the end of the 6 p.m newscast. He put on quite the show.

Everyone at KAGS would like to give a special thank you to Mike Guidry for this incredible experience!