‘It’s go-time in Fort Worth’: Mattie Parker sworn in as youngest mayor of any major US city

The youngest and most diverse city council in Fort Worth history is now officially in office. 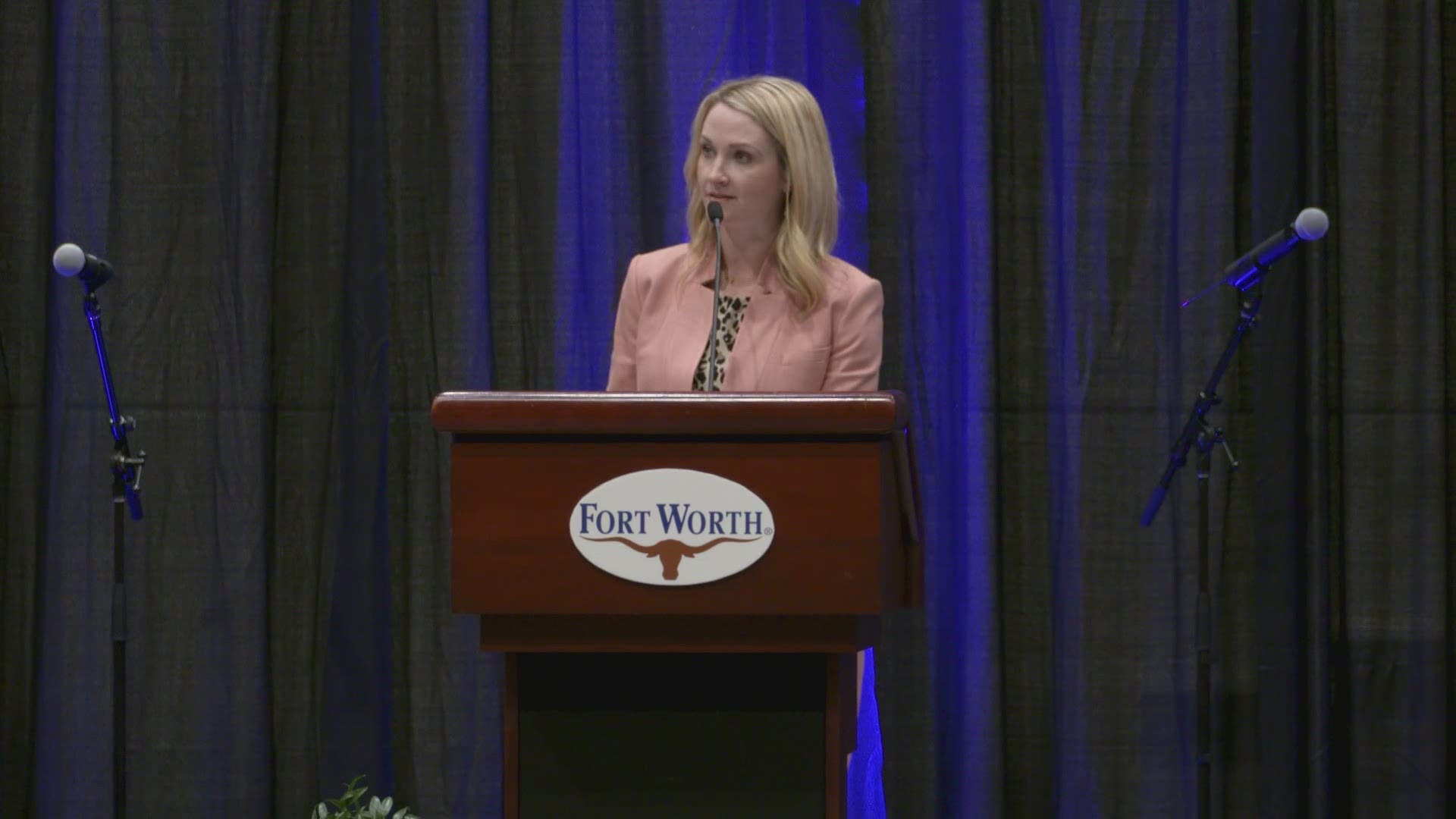 FORT WORTH, Texas — Fort Worth Mayor Mattie Parker took her oath of office in front of a standing room only crowd of hundreds of people Tuesday night.

Seconds after being sworn in, before she made her first speech as mayor, a group of community activists interrupted the ceremony.

They chanted the name "Atatiana Jefferson," and cried for justice in her case.

Jefferson was killed inside her home in 2019 by a now former Fort Worth police officer who has yet to stand trial on a murder conviction.

Parker thanked the activists for attending and for using their voices to be heard.

She spoke of unity and praised the council members she will be working with as parents, community leaders, and dedicated servants who want to make Fort Worth a better place for all.

“I promise to never point fingers. I will attack problems not people and my door is always open,” she said. “Let’s listen to common sense and find common ground together.”

While city council raises are non-partisan, Democrats now make up a majority.

Parker, a 37-year-old Republican, said partisanship will not matter to her.

She is now the youngest mayor of any major American city.

With the swearing in of four other new members Tuesday night, the average age on the Fort Worth City Council dropped from 60 to 45.

Among those who assumed office alongside Parker is Chris Nettles, who now represents city council District 8.

He spoke openly about his desire to challenge the status quo.

“I will fight until we receive justice, representation, equality, jobs, economic development, and our fair share we deserve in southeast Fort Worth,” he said to a loud round of applause.

Jared Williams was sworn in as the new councilmember for District 6.

Leonard Firestone took the oath of office for District 7.

Elizabeth Beck was sworn in to represent District 9.

Several of the new members brought their children to the stage as they took the oath of office.

Parker said that signified a youthful council dedicated to building a thriving city for the next generation.