The organization traditionally does classical types of music, everything from the Middle Ages to contemporary. 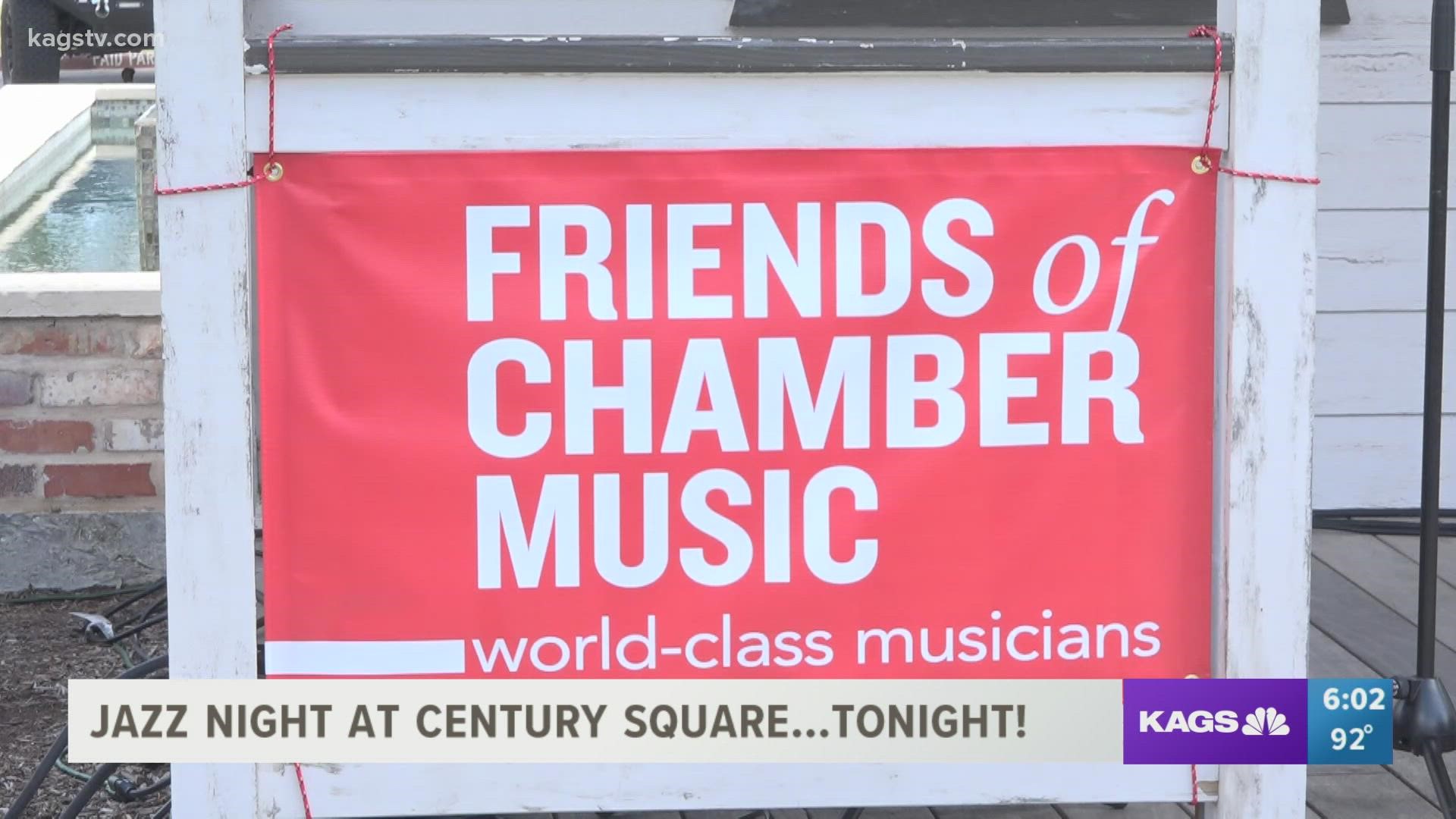 COLLEGE STATION, Texas — The Friends of Chamber Music traditionally does classical types of music, everything from the Middle Ages to contemporary. Friday night at Century Square they will be hosting their very first concert with jazz.

“It’s also our first outdoor concert,” member of the Friends of Chamber Music Andreas Kronenberg said, “I've been looking at the rain, the whole time, getting really nervous but it looks like we're going to be lucky.”

Kronenberg said this event is free and open to the public because they are committed to getting people access to the finest music out there.

“We have world-class musicians, and yet we offered for free,” Kronenberg said, “What does that take? Well, some fundraising so, we have written a number of grants so we are supported by the plus Foundation, Texas Commission on arts and the Arts Council of the press Valley.”

A night to enjoy some FREE jazz music? Sounds too good to be true!

Head over to Century Square at 7pm for the kick off of #FriendsofChamberMusic's 26th concert season!

Kronenberg said they also have lots of wonderful, generous donors who like coming to their concerts.

“They believe in the mission as well so they really support them very nicely,” Kronenberg said.

Kronenberg said he believes it is important to have a broad range of interests, such as music.

Kronenberg said people should come to their event Friday night because it is going to be a night filled with some fantastic jazz.

“We have 7 musicians in this jazz ensemble,” Kronenberg said, “They are going to play everything from Brazilian to Venezuelan jazz to traditional pieces and even afro, Afro American jazz, all sorts of types of wonderful new kinds of music.”

You can find the full list of concerts by the Friends of Chamber Music here.