The Novavax vaccine is currently in phase three clinical testing and production has begun for a second COVID-19 vaccine candidate in College Station. 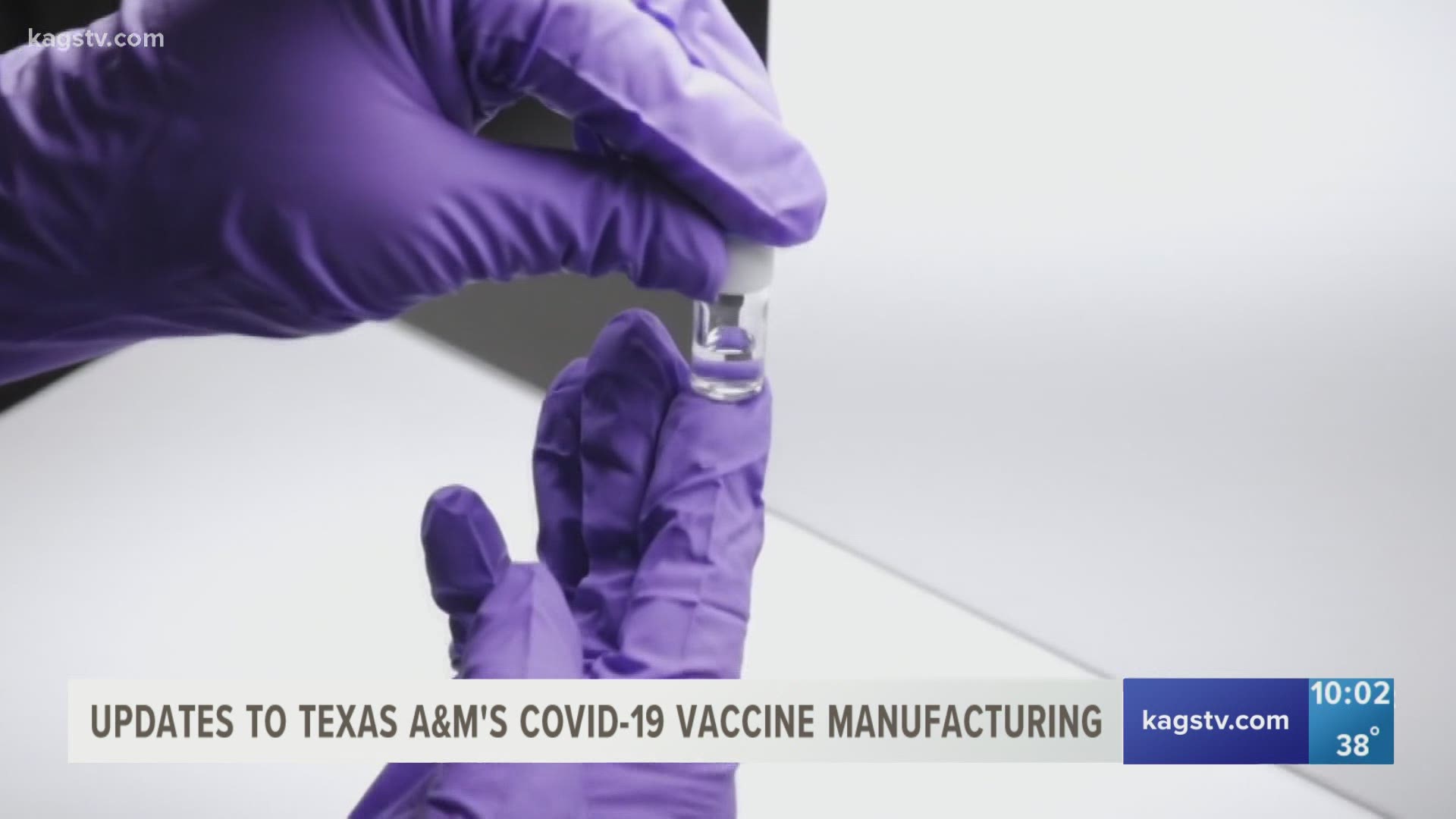 “The Novavax’ Vaccine is going through its phase three clinical testing," said Greg Hartman, the chief operating officer for Texas A&M Health Science Center. "There is still some data to be developed, but it is looking very positive.”

Under the U.S government’s Operation Warp Speed, Hartman said the College Station facility has been producing its piece of the vaccine candidate to get ahead. That way once they get final approval they will be able to quickly distribute it to people across the country.

“We’ve been able to be part of a solution to the pandemic and with that comes a tremendous responsibility," said Dr. Gerry Farrell, the chief operating officer for FUJIFILM Diosynth Biotechnologies Texas.

Novavax is being made at a commercial scale at the FUJIFILM's plant in Morrisville, NC.

According to Hartman, the Novavax Vaccine only requires one dose and does not require the extreme cold temperature refrigeration current vaccines on the market do. He adds it will expand the number of people who can get vaccinated and help more rural places receive vaccinations.

Manufacturing this vaccine is what FUJIFILM Diosynth Biotechnologies Texas believes will put the Brazos Valley and Texas A&M University on the map.

"It’s really making a lot of people take a look at the Brazos Valley as a place to build new biotech science and medical businesses," Hartman said.

More of a spotlight could be coming to Aggieland as FUJIFILM Diosynth Biotechnologies Texas and CIADM announced production is underway for a second vaccine candidate at the College Station facility. The second candidate has not yet been disclosed.

Hartman emphasizes there are always different vaccines created and given to people, such as a flu vaccine.

"They all have the same approach and efficiency and that is what's happening here with the COVID vaccine," Hartman said. "There are different types of them and it allows us to get the vaccine to more people and spread it out to larger portions of the population."