Water remains an issue for many Texans, like boil water notices and bursting pipes. Meanwhile, thousands are still without electricity.

Credit: AP (Juan Figueroa/The Dallas Morning News)
Jammie McGee, of Dallas, walks back to her car after finding out the Motel 6 in the northern part of Arlington, Texas, that she reserved a room at from doesn't have power on Tuesday, Feb. 16, 2021. McGee said her Westmoreland Rd. apartment in Dallas lost electricity and water. (Juan Figueroa/The Dallas Morning News via AP)
Author: Eline de Bruijn
Published: 4:57 PM CST February 19, 2021

Abbott again blamed ERCOT for the outages, saying they "fell short on all three of these promises they made," which included having enough power to meet peak demand.

President Joe Biden said he plans to approve the disaster declaration for the state on Friday afternoon. That would help with individual assistance not covered with private insurance.

The state is still waiting on confirmation of the approval from Biden.

As of Thursday evening, some items sent by the Federal Emergency Management Agency have already been distributed, including nine generators and around 81,000 liters of water.

Water companies and providers across the state are on boil water notices as power outages and frozen pipes plagued providers.

Abbott said the state is partnering with labs in Arkansas to speed up the process of testing water for cities that have boil water notices.

There's no clear timeline on when the water issues across the state will be resolved. The water entities have to wait until the system is working again to test the new water, rather than the water that has been in the pipes.

Testing for bacteria takes about 24 hours for a test to come back to local entities. Contact your local provider for an update.

Busting and leaking pipes continue to be an issue for many homeowners across the state.

He has requested approval from the Environmental Protection Agency for the use of off-road diesel to help truckers get to stores and other food sources as soon as possible.

Texas Department of Emergency Management Chief Nim Kidd said that they are delivering water across the state. There are additional warming centers that have been opened.

Abbott mentioned that if people want to help other Texans, go to www.feedingtexas.org or www.redcross.org. 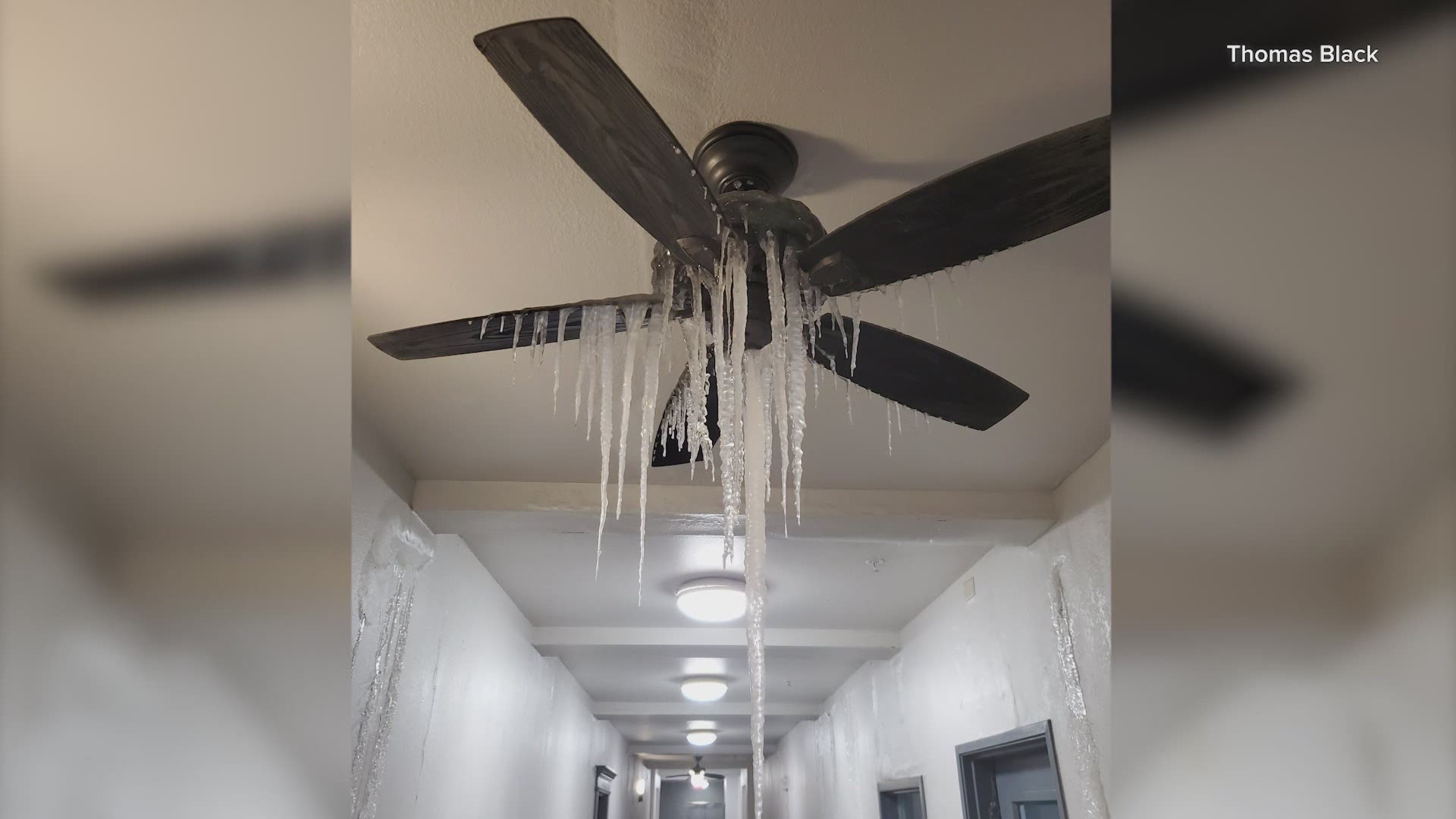