Grimes County is closing one of its polling places for the March 6th primary elections. 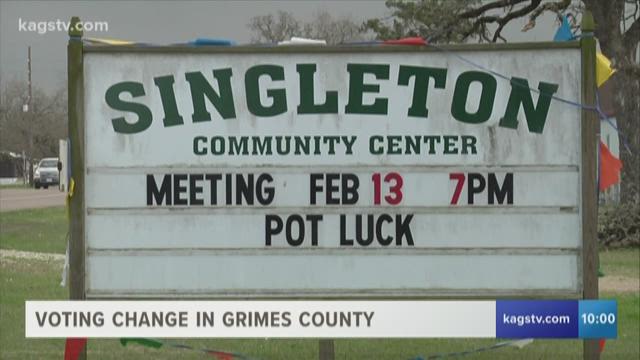 Voters in Grimes County will have one less place to cast their votes for the primary election.

The Singleton Community Center will not be open for the March 6th primary for voters to cast their ballots. The center had to close down due to volunteers either being sick or from unforeseen deaths in the family, said Grimes County Voter Registrar, Rebecca Duff.

Duff said it was a difficult decision, but the best choice for the county.

The closest polling stations for residents who would normally vote at the Singleton Community Center would be Shiro, Richards or Anderson.

Duff said everyone has the right to vote. Adding that regardless if their polling place is closed, it is important to vote.

"Make sure to vote," she said.