People for and against removal of Sully statue clash on campus of Texas A&M, one arrested

While some yelled at one another across the exclusion zone, others from both sides gathered for conversations. 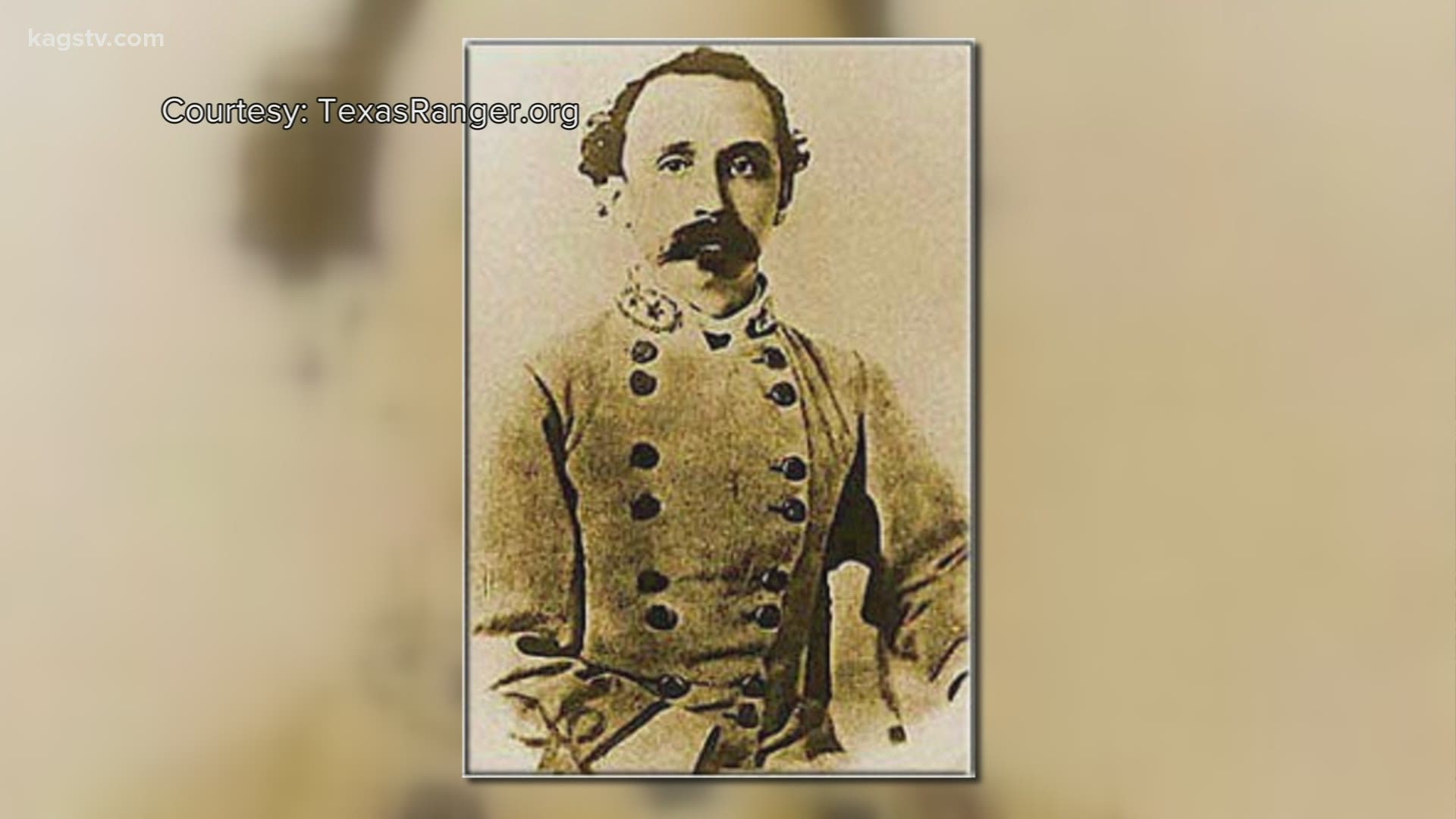 COLLEGE STATION, Texas — The two sides of a debate on the campus of Texas A&M came to a head Saturday as both groups gathered in front of the Lawrence Sullivan Ross statue in an effort to make their voices heard.

KAGS has been following this since our first story aired Tuesday, June 9th. We learned of a petition being shared online to have the statue removed from the campus. The petition currently has more than 22,000 signatures. This comes in the wake of protests surrounding racial injustices and police brutality around the nation.

A few hours after our story aired, the statue of Sully, as he is known by Aggies, had been defaced.

KAGS then learned of a second petition also being shared online in a show of support for keeping the statue where it is on campus. Currently, this petition has more than 23,000 signatures. Both sides of the debate decided they would protest in front of the statue Saturday.

Who is Lawrence Sullivan Ross?

Ross was a Confederate States Army general during the American Civil War, a Texas Ranger, former president of Texas A&M University and the 19th governor of Texas, serving two terms. Ross' family is credited with founding the city of Waco and Ross himself is credited with starting many traditions that Texas A&M University students still carry on today.

The statue that now sits in the middle of campus was erected after former Texas A&M students and the state of Texas raised money for the monument. Students began placing pennies at the statue for good luck, especially if they had tests and needed a little help.

"He was a monumental figure," said student Matthew Mikulenkia, who is in favor of keeping Sully right where he is. "At the time, if you were a person of power, and you did anything to help people that were not white; that is a very progressive set."

Not everyone agrees with Matthew's point of view.

Those who are against keeping Sully in the middle of campus said he served as a Confederate general, and therefore, saw "Blacks as inferior", according to the online petition. They also said he participated in the massacre of unarmed women and children during his time as a Texas Ranger. They believe the statue of Sully glorifies a man who did not follow the Aggie Core Value of Respect and believe the statue represents a man who did not "support integration and women's suffrage."

Current A&M student, Tiffany Murrow, said it's time for people to learn all parts of Ross' past, not just his accomplishments. "You can see how much people have tried to cover up certain parts of his past. We need to get the full of it to have a full view of who that individual was.”

When KAGS' Gabriela Garcia talked with both sides of the debate, they said the protests being planned Saturday "hopefully" stay peaceful and a healthy discussion will take place between between both sides.

When the protesters showed up in front of Sully Saturday, there were a large amount of "Keep Sully Supporters" already making themselves known. A small group of people holding Black Lives Matter homemade signs stood off to the side and left after only a few minutes. However, while they walked away from the statue, they joined their group on the other side, in front of the library.

There, "Remove Sully Supporters" hosted a short rally before they marched again to the statue. Texas A&M University police officers requested each of the protesters stay on opposite sides of what they called the "exclusion zone." As both sides of the protesters began trying to shout louder than the other, a man from the "Remove Sully" side breached the yellow tape and began walking towards the other side.

Credit: BRAZOS COUNTY JAIL
Michael Alvard, 61, was arrested Saturday during a protest on the campus of Texas A&M University. He was charged with criminal trespass and bonded out the same day, according to online jail records.

That man was identified as Michael Alvard, 61, of College Station. He was charged with criminal trespass and posted a $2,000 bond the same day. During the protest, those on the "Remove Sully" side asked for donations to help him post bond. Alvard is listed as the Cultural Anthropology Program Coordinator and an Associate Professor for the College of Liberal Arts at Texas A&M.

Officers first asked Alvard to step back behind the tape but he refused, saying since Texas A&M was a public university, he had the right to move where he wanted, according to a probable cause report filed by the officers. The report also stated multiple officers were staged inside the buildings and a temporary booking area for those detained or arrested was set up near Kyle Field.

Many of the protesters on the "Remove Sully" side then began breaching the exclusion zone, however, did not go fully to the other protesters. There were smaller groups of people that broke away, mixing both points of view and having conversations, however, both sides did have protesters that verbally assaulted one another. Much of this centered around racism. This lasted for a majority of the protest, and while there were some intense moments, it did not go further than shouting at one another.

KAGS carried the protest on our Facebook page and there are moments where vulgarity can be heard, as well as there are some signs that may not be appropriate for all viewers. We spoke to two of the organizers of the "Remove Sully" side and their interview is near the end of the video above.

They said this rally helped them feel empowered to make change and will continue to work on getting the statue removed. The women, who said they were both current A&M students, said they want to see Texas A&M University change for the better.