Groups are not to be larger than six people, and dancing is highly discouraged. 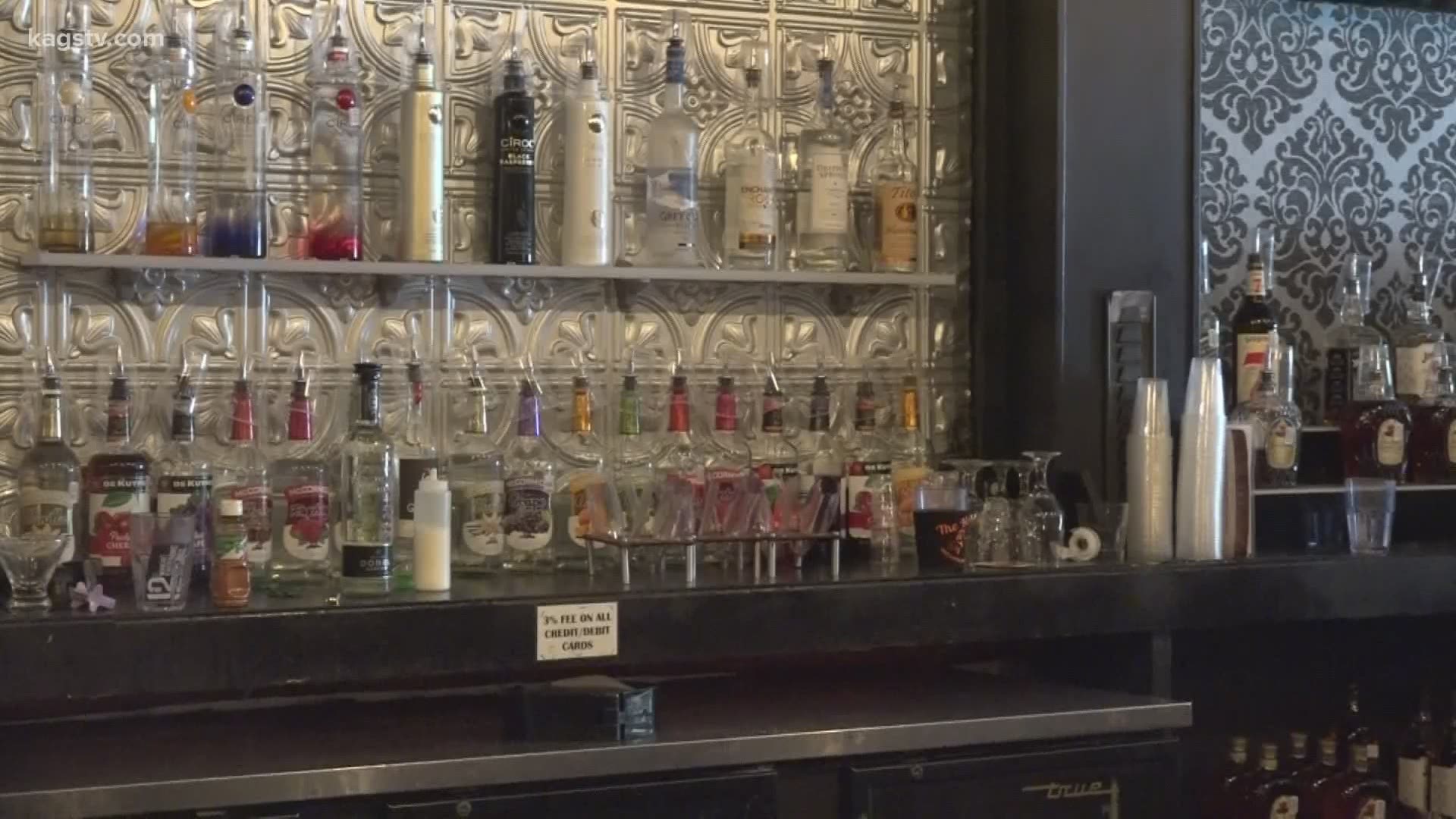 COLLEGE STATION, Texas — Bars in Bryan College Station are excited to open their doors once again to the public, but there will be some major changes to keep everyone safe.

Groups are not to be larger than six people, and dancing is highly discouraged.

“We’re going to enforce what we can do the best we can," said 12 on Northgate bar owner Richard Burkett. "This being America, it’s going to be hard to tell people not to walk around. But we’re going to advise people to stay at a safe distance, stay seated when they can, and that kind of stuff."

12 on Northgate will have employees on each floor to make sure that groups of people are keeping their distances, and the owner has also thought of putting up safety barriers just like at grocery stores to protect the employees.

“At 25 percent [capacity], there’s not going to be a bar on Northgate that’s going to be profitable. We’re all going to be eating a bunch of money. But to get reopen and get things started back to normal, we’re willing to do whatever it takes," said Burkett.

While some bars are ready to jump back into business on Friday, others are taking a little longer to reopen their doors.

“It’s kind of that feeling of it’s 1 A.M., right before Christmas, and all the kids have gone to sleep, but we still have like 72 presents to wrap," said the Proudest Monkey owner, Aaron Curs.

The Proudest Monkey in Downtown Bryan plans to reopen in the next two weeks after restructuring its layout and enforcing new health protocols.

“Everything has to be sanitized, whole seating areas in the past, but there will be way more emphasis on it, we’ve been talking with management about how we can create a flag for tables to let customers who come in know that this table hasn’t been sanitized yet. So a lot of that is the problem solving we’re having to deal with right now," said Curs.

As restaurants and bars begin to allow more people in their doors, their new regulations aren’t always welcomed by their customers.

“I think most of the restaurant bar owners if you could ask for anything would be we’re not trying to make a political statement, we’re not trying to push an agenda, we’re just trying to follow the rules. If anything I could just ask that you respect what any establishment is trying to enforce as their protocol," said Curs.

Capacity limits don't apply to outdoor seating, but people are advised to maintain a safe distance from one another.

12 Northgate
Who's ready to say peace to quarantine & be back on Northgate! #12bar #comingsoon

RELATED: Checklist: How Texas bars will operate when they can reopen May 22