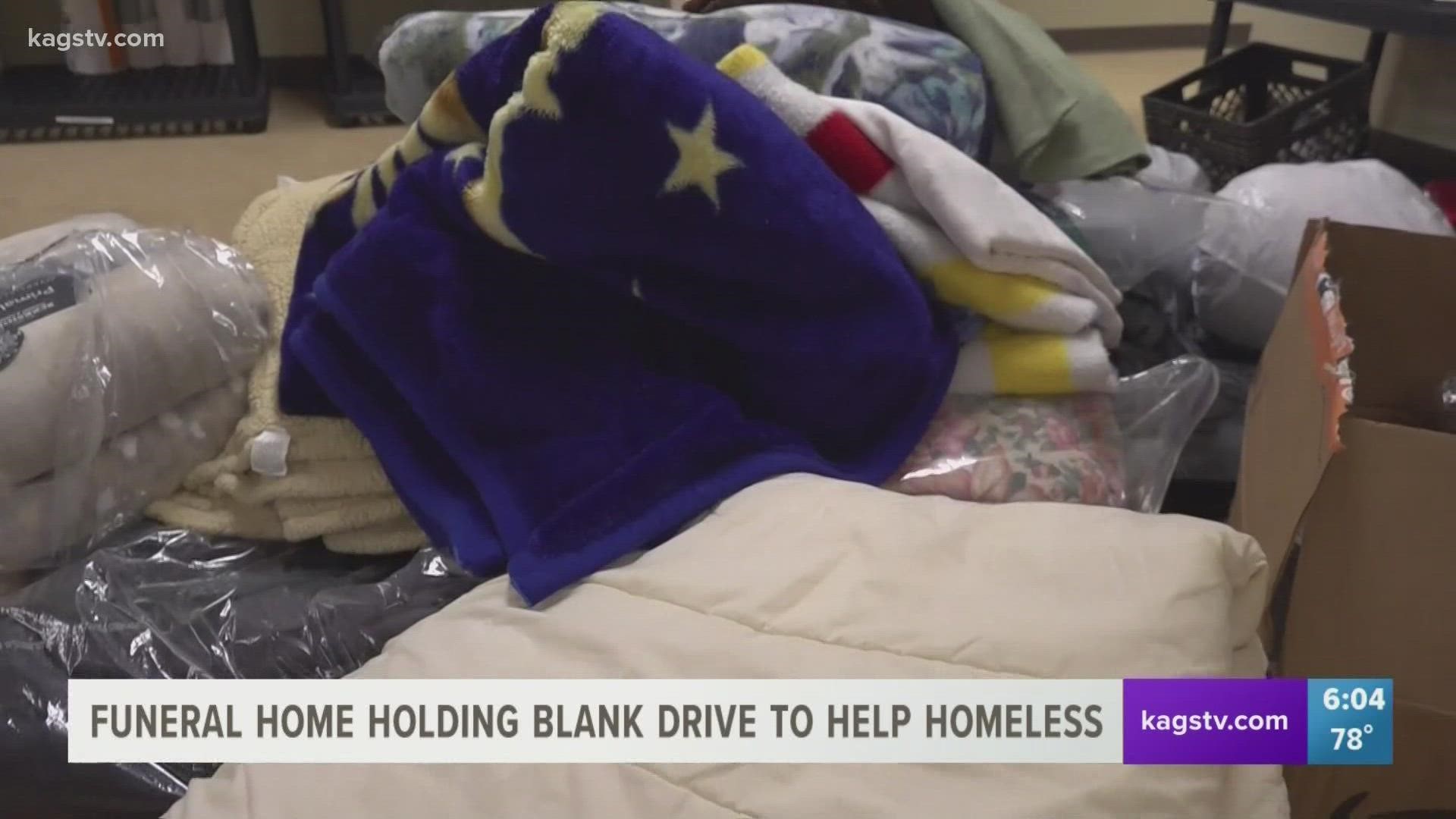 BRYAN, Texas — At the start of November, the Hillier Funeral Home started its third annual blanket drive for the homeless population of Brazos County.

Amanda Gittelman, the Managing Partner for the Hillier Funeral Home, says they started the yearly drives after they heard the story of one of the people they cared for.

According to Gittelman, Al Sims was a veteran who lived in Bryan and later went homeless but always made sure to give back to others. Sims died in 2019 and then started the business’s idea to hold a blanket drive for other homeless individuals who need access to warm items.

“We just remember Al. Every year we just remember Al had such an impact on us hearing his story, he was a big part of the community. He was very recognizable, and he gave and never asked for anything in return,” Gittelman said.

For those who would like to donate, the funeral home has placed baskets outside both their Bryan and College Station locations. People can donate everything from blankets, gloves, coats, scarves, and other items to keep the homeless warm over the holidays.

Gittelman added that people from outside the Brazos Valley have even purchased items off of Amazon and had them shipped to the funeral home. Gittelman concluded that she hopes everyone can come together to give to others this holiday.

“We’re hoping everyone just comes together. It’s Thanksgiving, be grateful for what you have, share it with others,” said Gittelman.

The funeral home will be taking all donations through November 30.