Some say Valentine's Day is the biggest day of the year for the restaurant industry, but after a snowstorm hit North Texas many were forced to close or reduce hours. 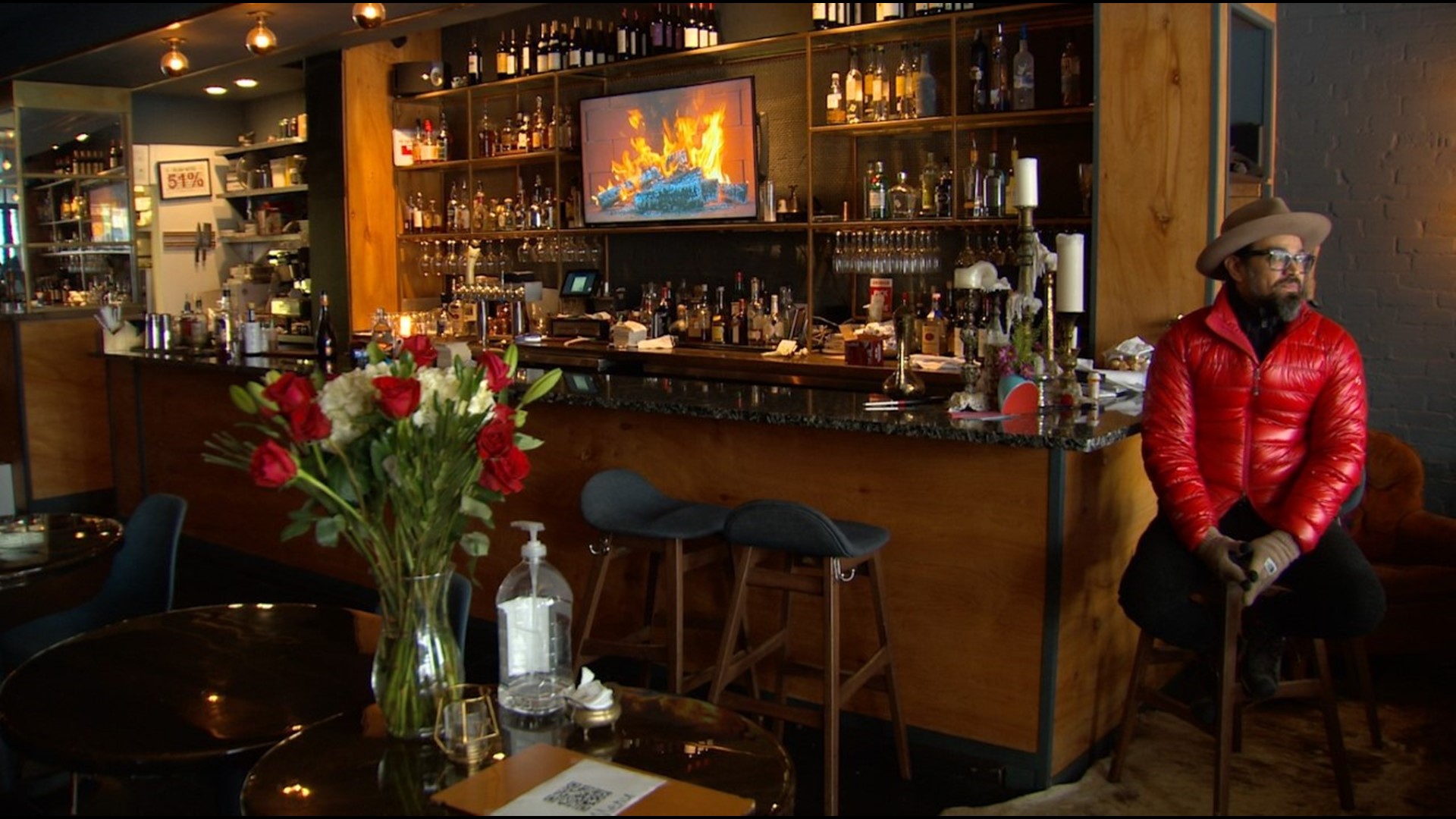 DALLAS — It was a heartbreaking Valentine’s Day for the restaurant industry across North Texas. It’s a day some refer to as the biggest of the year for the industry and due to a severe winter storm, many businesses had to close or reduce their hours.

“We were fully booked from 11 a.m., when we were slated to open, til 9 p.m. when we were planning to close,” Rodriguez said. “And slowly but surely over the course of the weekend, starting Friday, everybody started canceling.”

In Lower Greenville, it’s a double whammy for Charlie’s Creole Kitchen, a business who prepared for two big days ahead.

“This is a tough time for us because we’re coming into Mardi Gras. Mardi Gras is our biggest day of the year and maybe we’re not going to be able to be open on that day,” Charlie’s Creole Kitchen James Hickey said. “It’s going to be a bump in the road for us the next couple days but I’m confident. This is going to move out and we’ll get back to what we’re doing.”

Grocery stores across D-FW ended up getting a lot of the business that would normally go to restaurants on Valentine’s Day. Many couples were forced to adjust their plans when the snow started to fall.

“We’re going to go back home and try to make the most of it. Try to start a fire, maybe some hot chocolate,” Zach Foght said.

“The frozen section’s pretty much all gone so we definitely have some limited choices on what we can get but there’s still some stuff,” Mary Whitaker said after checking out.

Rodriguez said every single year Valentine’s Day brings a steady stream of business. This year’s snowstorm made worse because the business is still recovering after their closure due to COVID-19.

He hopes people keep supporting the restaurant industry in the weeks and months ahead.

“If you don’t make it today, make a reservation for the following weekend,” Rodriguez said. “Support local. Support your local restaurateurs.”