Among the failures during last month's winter storm were 20 facilities in North Texas, according to WFAA’s analysis of the ERCOT data. 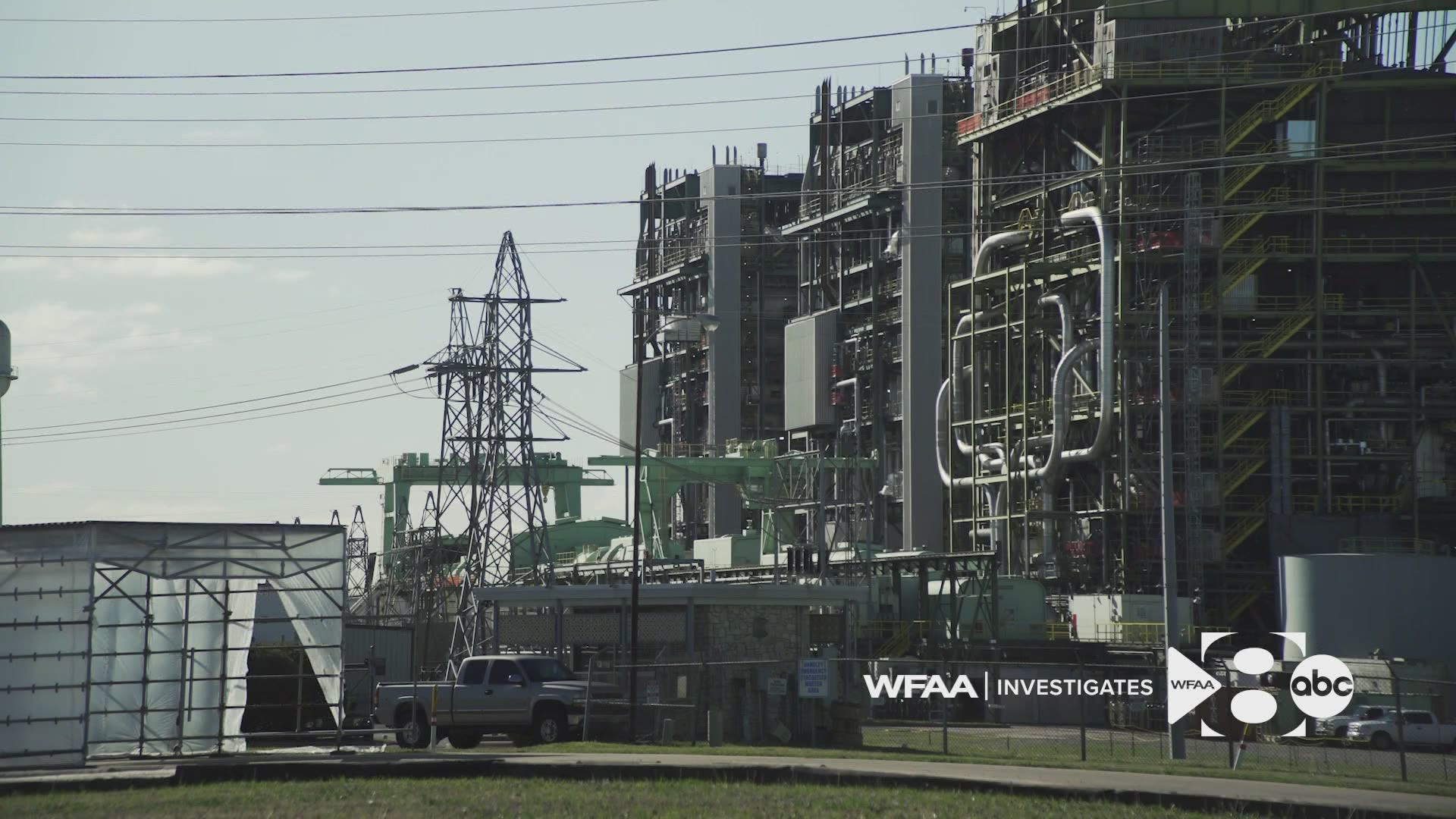 DALLAS — One in five power plants that failed during February’s storm also failed during the big freeze of 2011, according to an analysis of data from the Electric Reliability Council of Texas.

“The ERCOT system is designed for peak summers -- we’re a hot weather system. That’s where the risk has always been thought to be,”  said Ken Anderson Jr., a former commissioner of the Public Utilities Commission, which oversees ERCOT. “It's critical that the legislature understand everybody has failed this time."

Among the failures were 20 power plants in North Texas, according to WFAA’s analysis of the ERCOT data.

Mountain Creek and Wolf Hollow have changed ownership since the 2011 storm. But not Exgen Handley. It is still owned by Chicago-based Exelon Corp.

Exelon tells WFAA the company took steps to winterize Exgen Handley after the 2011 storm but could not expand on what specific steps were taken.

"Exelon Generation took the lessons of 2011 and invested in equipment, testing and training to prepare our plants to handle similar conditions in the future," said an Exelon spokesperson. "However, the conditions in Texas during the recent storms were unprecedented."

Both companies have blamed a lack of natural gas supply for the majority of their outages.

While the data obtained from ERCOT allows us to see which units failed in 2011 and again in 2021, it does not give a clear picture of what went wrong.

That’s because one key piece of information, the reason for the outages, is missing from the data.

Without that information, Anderson said energy regulators in Texas will have a hard time ensuring it doesn't happen again.

“The legislature and the PUC won't be able to really understand why this event happened,” Anderson said. “And the reason I think it's pretty urgent now is because the legislature is actually in the middle of trying to decide what, if anything, they need to do.”

A federal investigation of the 2011 outages by the Federal Energy Regulatory Commission and North American Electric Reliability concluded that cold-weather preps were "either inadequate or not adequately followed.” The feds and state regulators recommended fixes, like winterizing plants.

“The plan was not implemented and was not executed,” said Gerald Turner about the 2011 federal report.

Turner is a grid expert with 40 years in the industry including serving as the chief designer and engineer of two U.S. nuclear power plants.

“[The 2011 report] is one of the most thorough I’ve ever seen,” Turner said. “But some folks above my pay grade made decisions to just leave [the report] on the shelf. It's nice to have the strategy, but execution? Well, we'll worry about it later.”

“If [the 2021 outages] are due to a winterization problem, and I'm not suggesting they are yet, then power companies basically ignored the direction the [PUC] gave them after the 2011 event," Anderson said. "To me, that means [Texas regulators] should put a priority on re-establishing an oversight and enforcement division."

Got a tip for a story? Email investigates@wfaa.com.