Jersey Mike’s Subs is doing a national day of giving on March 31 where each franchise donates 100% of their sales for that day to a charity. 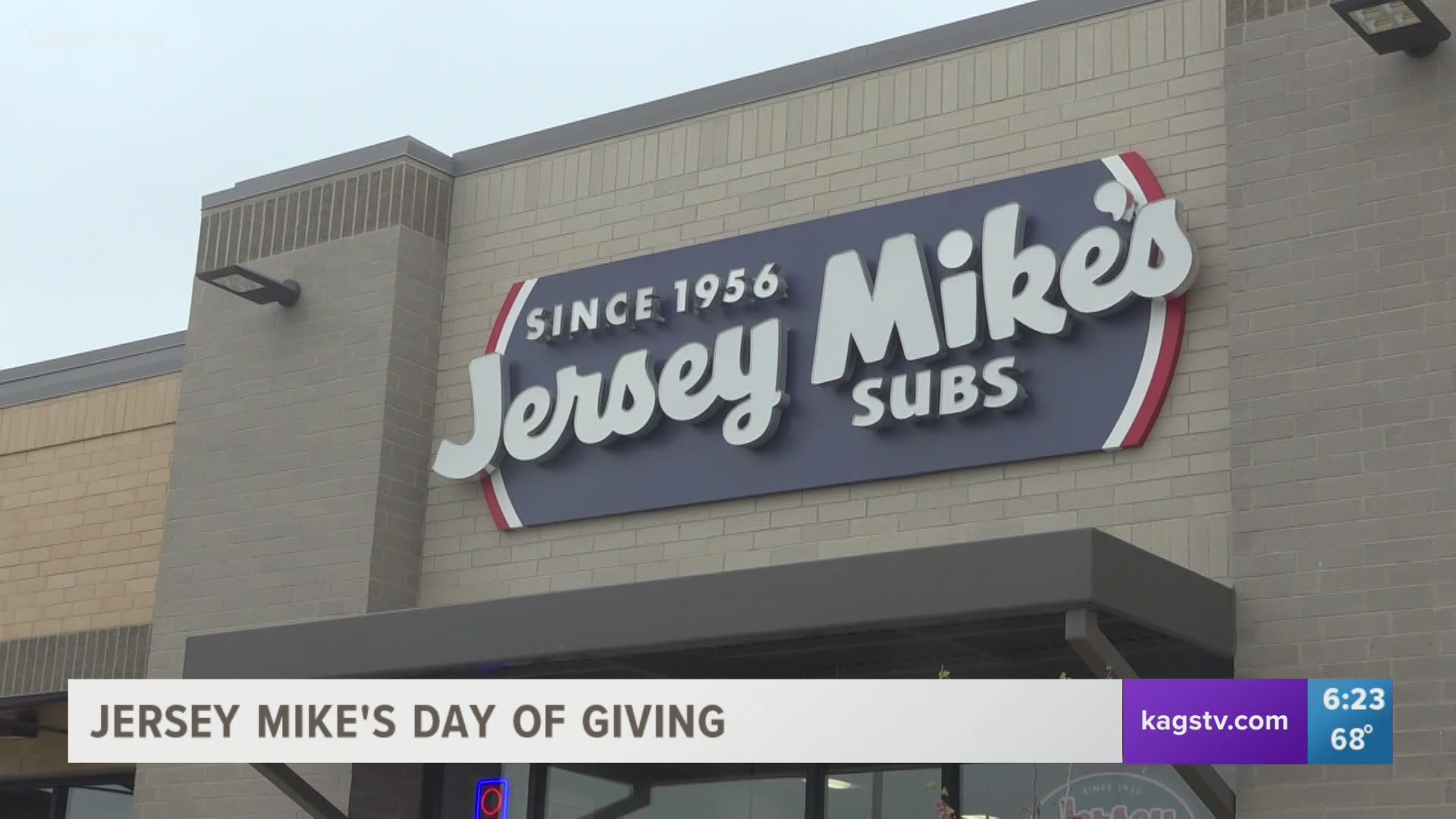 BRAZOS COUNTY, Texas — In the month of March, each franchisee is able to team up with a charity, a local charity, or a national charity that’s near and dear to their heart.

Both Bryan-College Station Jersey Mike’s locations will be donating to the Bubba Moore Foundation (a 501 c3 that has donated nearly $1,000,000 to organizations in our B/CS community).

Jared Steffen, Franchise Owner of Jersey Mike’s, said they chose the Bubba More Foundation because it gives to so many great charities in town.

“They’re 100% volunteer-based, so every dollar goes to good use. They give to everybody that really needs the money,” Steffen said.

Looking for a spot to grab lunch at today?

Head over to either @jerseymikes locations in Bryan-College Station🥪

They are donating 100% of their sales to the #BubbaMooreFoundation as a part of their National Day of Giving! pic.twitter.com/g9HhGHetjz

Steffen said the National Day of Giving was started by a former Aggie, Mr. Dalton in Dallas, TX.

“He started the month of giving and it’s grown throughout the entire company,” Steffen said.

In 2019, Steffen said they gave 7.5 million dollars to charity in the one day of giving.

2020, unfortunately, because of the pandemic, they pulled the month of giving, but Steffen said they are back at it in full force.

“We got a lot more stores, we had the roundup all month which raised really, really good money,” Steffen said.

Steffen said they’re looking forward to blowing that 7.5 million out of the water this year.

“I think nationally, I hate to put my foot in my mouth, but I think 15 million dollars, I think we’re gonna hit that or better so I think it’s gonna be huge,” Steffen said.

If you’d like to help out, you can head over to either Jersey Mike’s location in Bryan-College Station and get yourself a sub while helping the community.